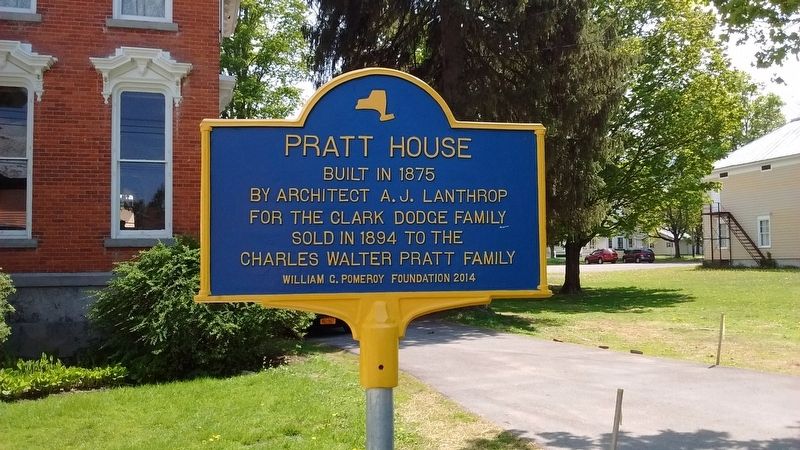 Photographed By Tom Bosse, May 23, 2016
1. Pratt House Marker
Inscription.
Pratt House. Built in 1875.
by architect A.J. Lanthrop for the Clark Dodge family. Sold in 1894 to the Charles Walter Pratt family.. . This historical marker was erected in 2014 by William C. Pomeroy Foundation. It is in Boonville in Oneida County New York

by architect A.J. Lanthrop
for the Clark Dodge family.
Sold in 1894 to the
Charles Walter Pratt family.

Topics and series. This historical marker is listed in this topic list: Architecture. In addition, it is included in the William G. Pomeroy Foundation series list. A significant historical year for this entry is 1875.

Location. 43° 29.017′ N, 75° 20.2′ W. Marker is in Boonville, New York, in Oneida County. Marker is on Schuler Street, 0.1 miles west of Post Street (New York State Route 46), on the right when traveling east. This marker is located in front of the Dodge Pratt Northam Art and Community Center. Touch for map. Marker is at or near this postal address: 106 Schuyler Street, Boonville NY 13309, United States of America. Touch for directions. 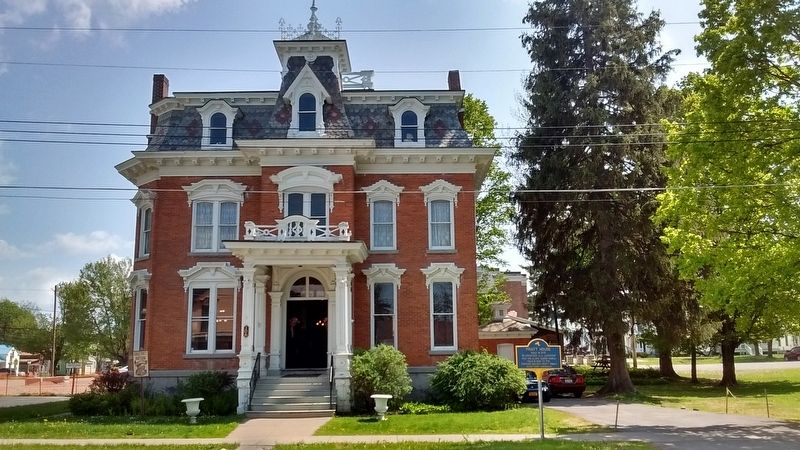