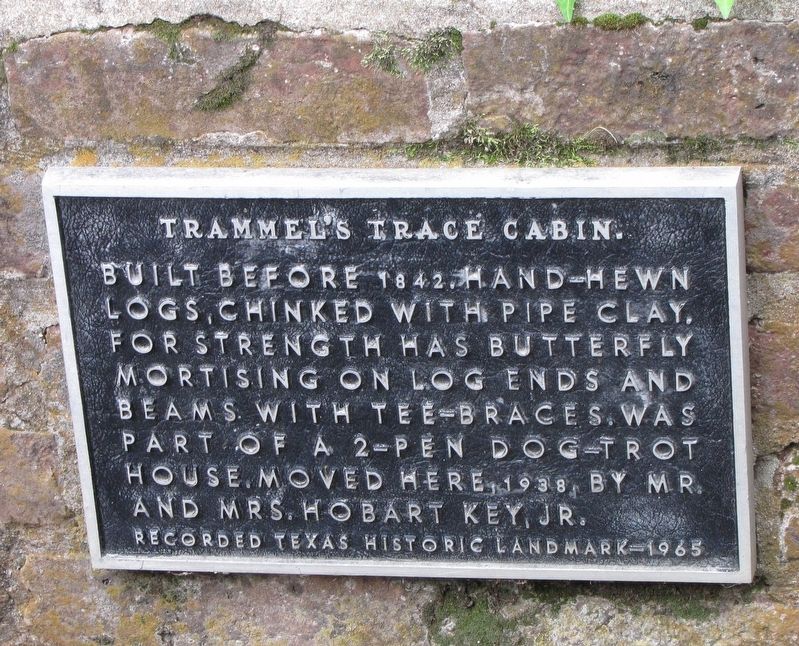 Built before 1842. Hand-hewn logs, chinked with pipe clay. For strength has butterfly mortising on log ends and beams with tee-braces. Was part of a 2-pen dog-trot house. Moved here, 1938, by Mr. and Mrs. Hobart Key, Jr.
Recorded Texas Historic Landmark-1965

Location. 32° 32.2′ N, 94° 21.942′ W. Marker is in Marshall, Texas, in Harrison County. Marker is on Henley Perry Drrive east of South Bolivar Street, on the left when traveling east. Touch for map. Marker is at or near this postal address: 301 Henley Perry Dr, Marshall TX 75670, United States of America. Touch for directions. 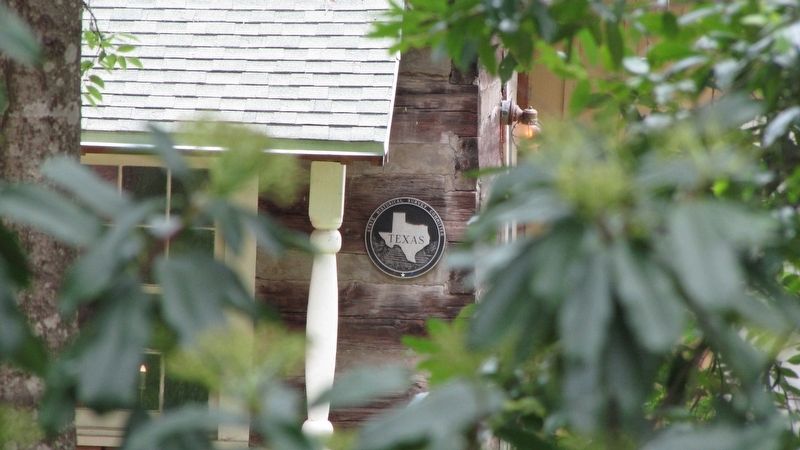 More about this marker. The medallion part of this marker is on the actual cabin, but the plate part is on a low wall up near the street. 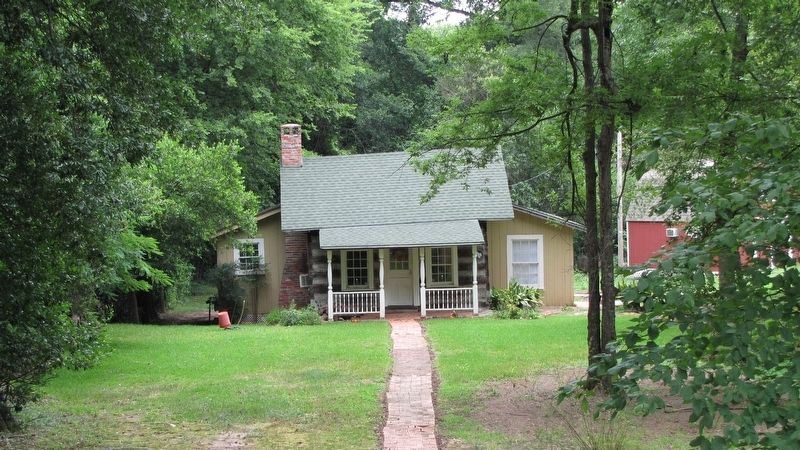