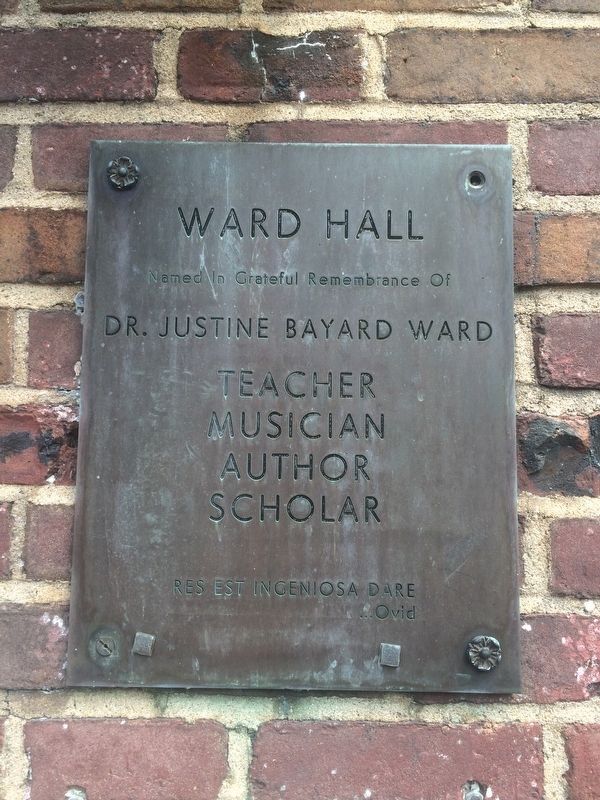 English translation: It is a noble thing to give...Ovid (from The Loves) 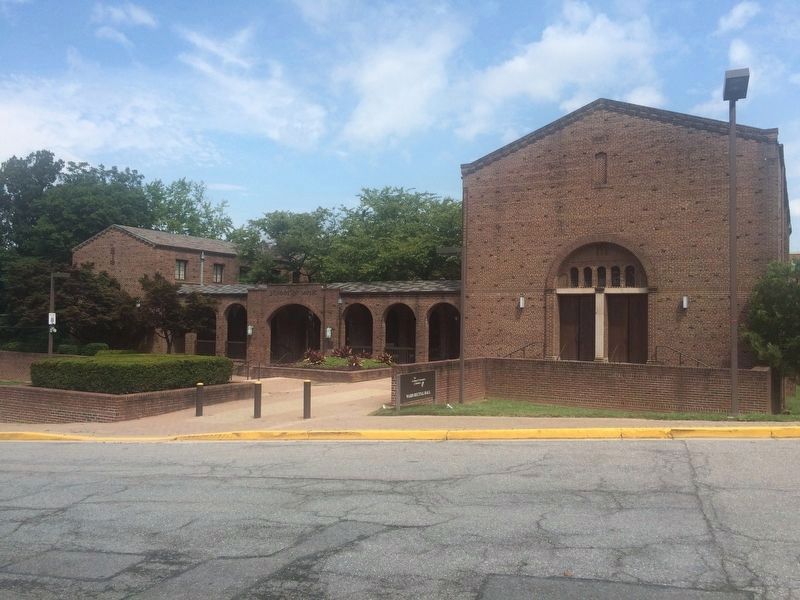 Photographed By J. Makali Bruton, July 30, 2016
2. Dr. Justine Bayard Ward Marker
The marker is to the right of the main entrance arch at what is now the Ward Recital Hall at the Catholic University of America.

Click or scan to see
this page online
(approx. 0.4 miles away); Pope John Paul II (approx. half a mile away); The Jackson H. Gerhart House (approx. 0.6 miles away). Touch for a list and map of all markers in Catholic University.

More about this marker. Justine Ward née Bayard Cutting (Morristown, New Jersey, August 7, 1879 - Washington, D.C., November 27, 1975) was a musical educator who developed a system for teaching music to children known as the Ward Method. The Ward method of music education was created in the early part of the twentieth century to promote the use of liturgical chant by teaching children vocal music reading skills. Its author, Justine Bayard Ward, was a newcomer to the Catholic Church and to the field of education, yet her approach proved successful and spread throughout the United States, Europe and other parts of the world. The ancient tradition of choral training in the Church, Ward's upbringing, her musical training and aesthetic inclinations, and her zeal in furthering the liturgical and musical reforms of Pius X fostered the ideal environment for the creation of the Ward method (from Wikipedia). 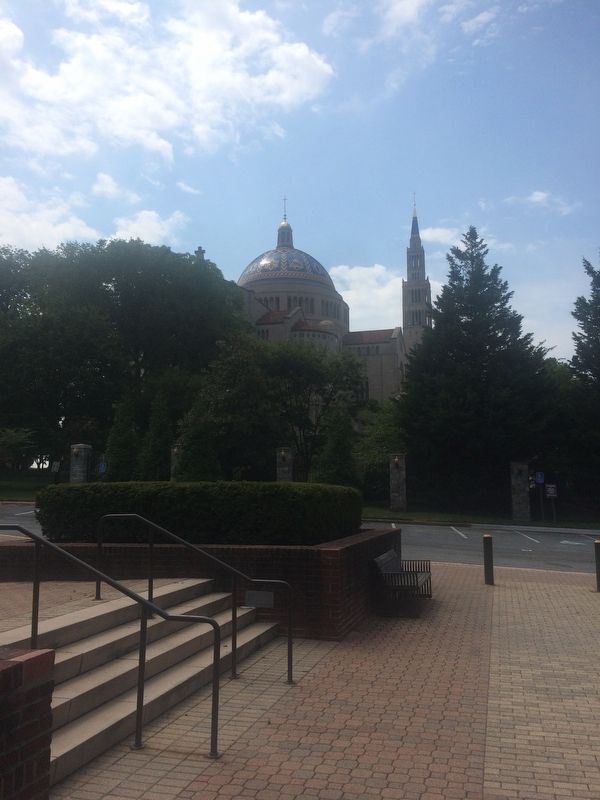