The Cumberland and Pennsylvania Railroad 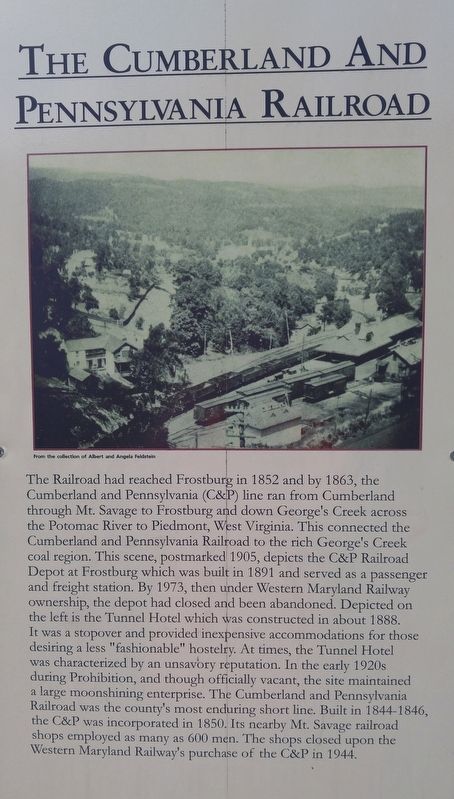 The Railroad had reached Frostburg in 1852 and by 1863, the Cumberland and Pennsylvania (C&P) line ran from Cumberland through Mt. Savage to Frostburg and down George's Creek across the Potomac River to Piedmont, West Virginia. This connected the Cumberland and Pennsylvania Railroad to the rich George's Creek coal region. This scene, postmarked 1905, depicts the C&P Railroad Depot at Frostburg which was built in 1891 and served as a passenger and freight station. By 1973, then under Western Maryland Railway ownership, the depot had closed and been abandoned. Depicted on the left is the Tunnel Hotel which was constructed in about 1888. It was a stopover and provided inexpensive accommodations for those desiring a less "fashionable" hostelry. At times, the Tunnel Hotel was characterized by an unsavory reputation. In the early 1920s during Prohibition, and though officially vacant, the site maintained a large moonshining enterprise. The Cumberland and Pennsylvania Railroad was the county's most enduring short line. Built in 1844-1846, the C&P was incorporated in 1850. Its nearby Mt. Savage Railroad shops employed as many as 600 men. The shops closed 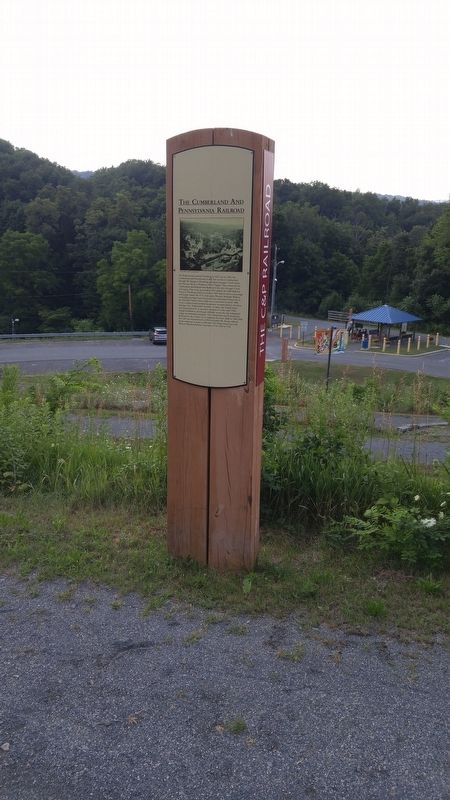 By F. Robby, July 29, 2016
2. The Cumberland and Pennsylvania Railroad Marker
The Great Allegheny Passage trail is behind this marker, about a 250 foot walk away.

Click or scan to see
this page online
upon the Western Maryland Railway's purchase of the C&P in 1944.

[text with the postcard image] From the collection of Albert and Angela Feldstein.

Topics. This historical marker is listed in these topic lists: Industry & Commerce • Railroads & Streetcars. A significant historical year for this entry is 1852.

Location. 39° 39.528′ N, 78° 55.292′ W. Marker is in Frostburg, Maryland, in Allegany County. Marker can be reached from Depot Street near New Hope Road. Marker is about .3 miles east of the intersection, along the access trail to the Great Allegheny Passage trail. Touch for map. Marker is in this post office area: Frostburg MD 21532, United States of America. Touch for directions. 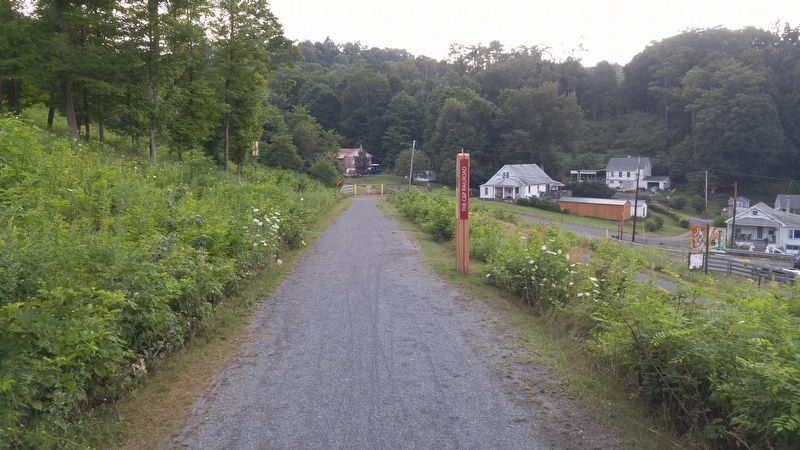 By F. Robby, July 29, 2016
3. The Cumberland and Pennsylvania Railroad Marker
Looking down the access trail towards the Great Allegheny Passage trail. 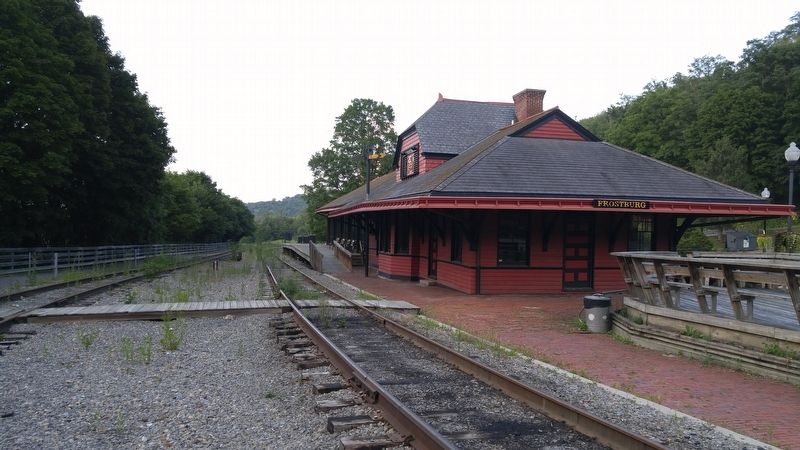