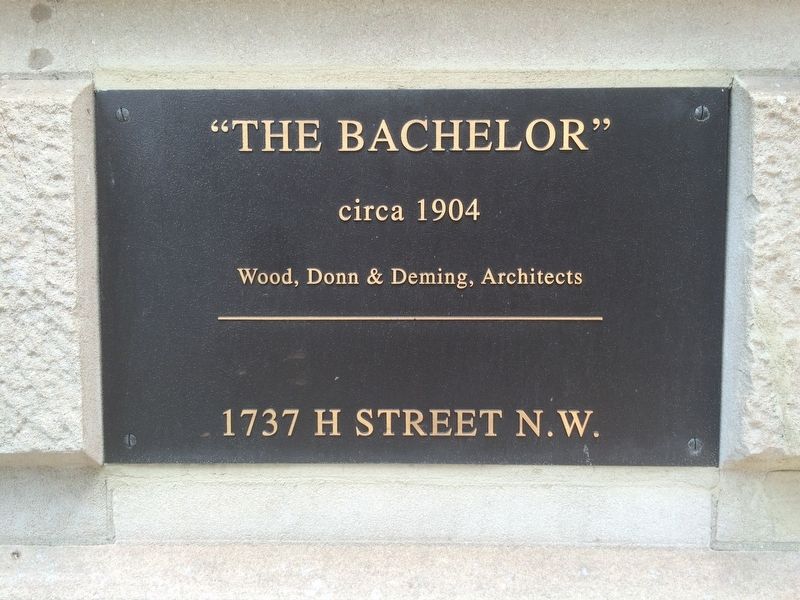 Photographed By J. Makali Bruton, August 1, 2016
1. "The Bachelor" Marker
Inscription.
"The Bachelor". circa 1904.
Wood, Donn and Deming, Architects 1737 H Street N.W.. [Nearby marker:]
This property has been placed on the National Register of Historic Places by the United States Department of the Interior. . This historical marker is in Downtown Washington in Washington District of Columbia

Topics. This historical marker is listed in this topic list: Notable Buildings. A significant historical year for this entry is 1737. 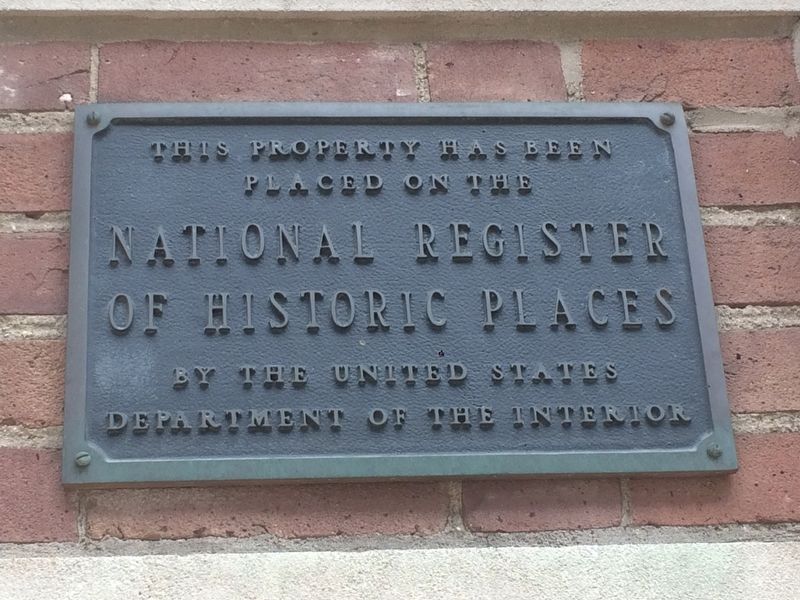 Regarding "The Bachelor". In 1902 Waddy Wood began an association with Edward Donn, Jr. and William I. Deming, forming the firm of Wood, Donn and Deming. The firm was highly successful in Washington, D.C. providing services to various branches of government. Their designs can be found throughout the United States, including the expansion of the Portsmouth Naval Hospital in Portsmouth, Virginia. They also had a strong residential client base designing houses for prominent citizens such as Mrs. Phil Sheridan, General Charles Lane Fitzhugh and Thomas Hopkins Gallaudet, as well as public residences such as the Bachelor Apartment House located near the White House. In 1906 Wood, Donn & Deming became the first Washington, D.C. architectural firm to design a bank high-rise in their city when they designed the Union Trust Building, now home to an American Bar Association branch office and listed on the National Register of Historic Places. In the past, the city's largest banks had each retained nationally renowned architects while local architects were only chosen 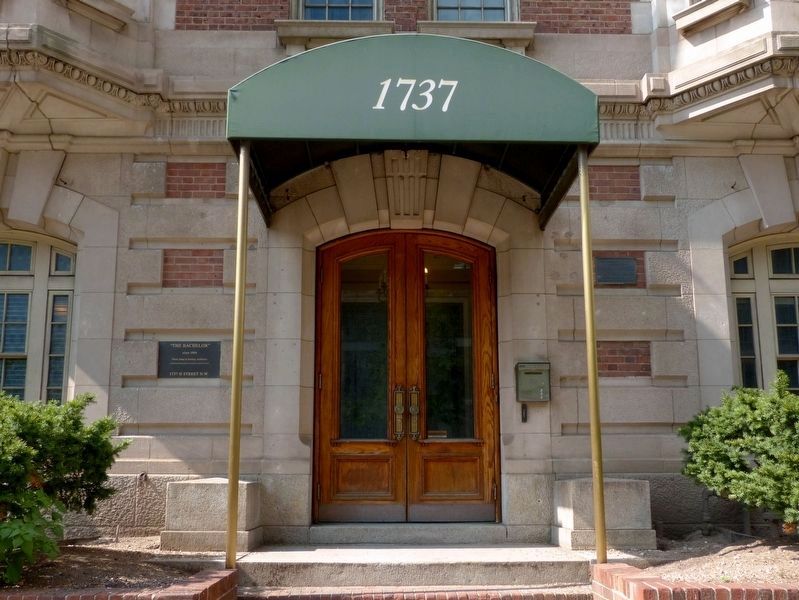 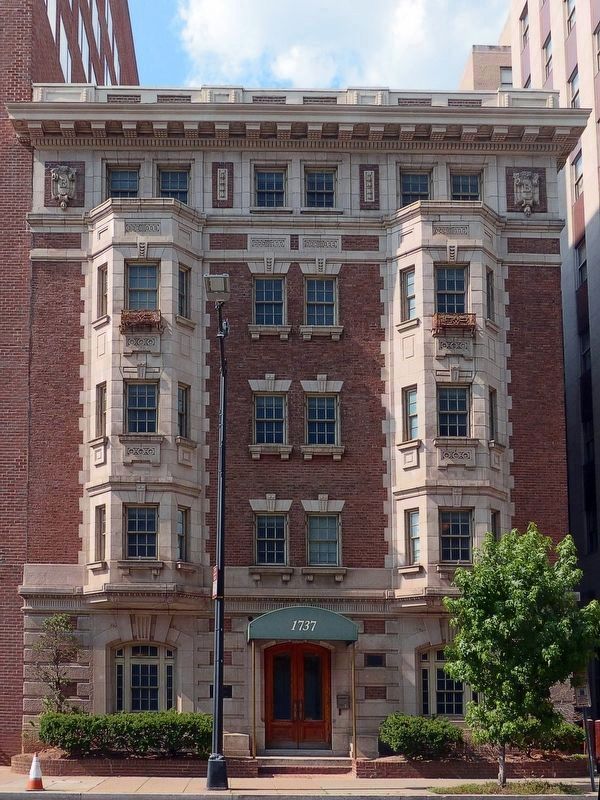 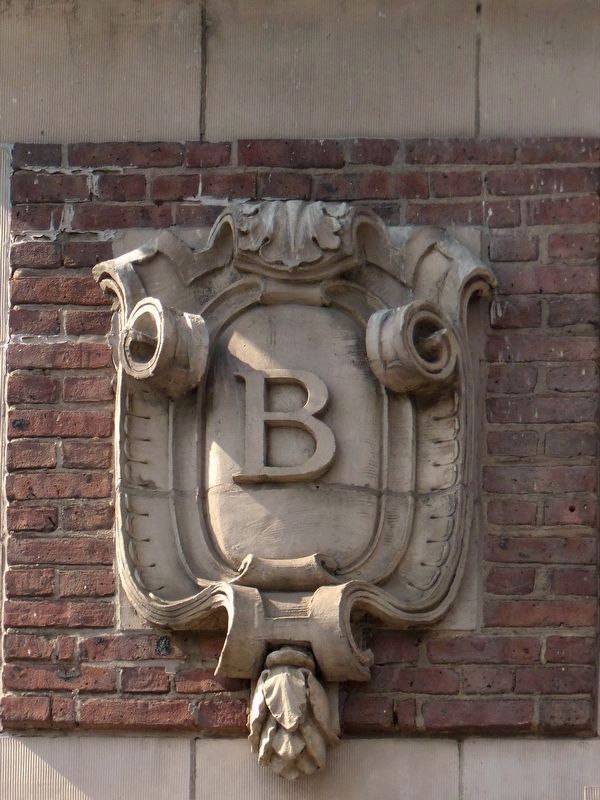 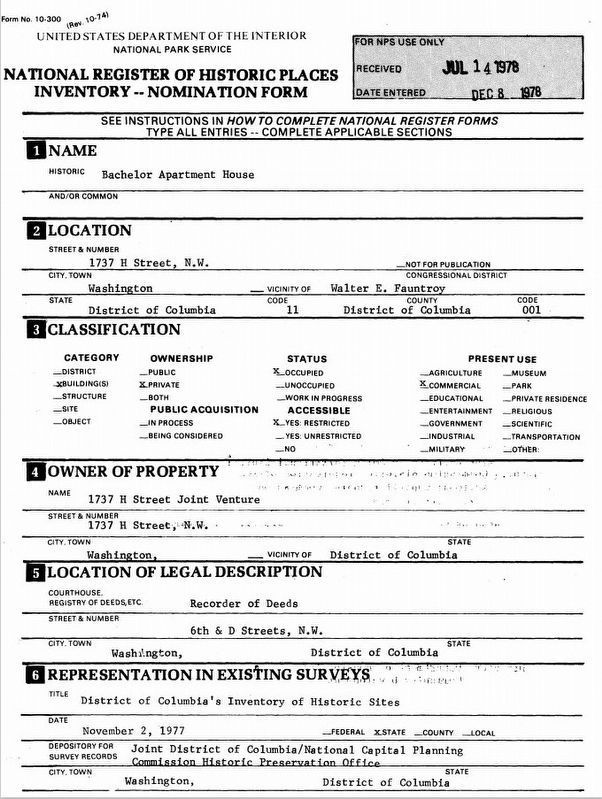