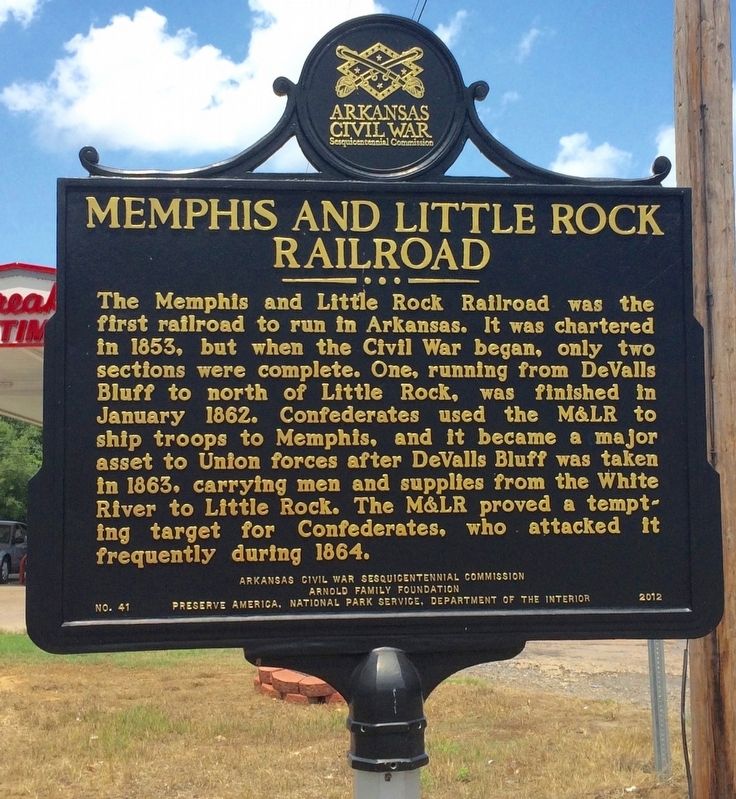 The Memphis and Little Rock Railroad was the first railroad to run in Arkansas. It was chartered in 1853, but when the Civil War began, only two sections were complete. One, running from DeValls Bluff to north of Little Rock, was finished in January 1862. Confederates used the M&LR to ship troops to Memphis, and it became a major asset to Union forces after DeValls Bluff was taken in 1863, carrying men and supplies from the White River to Little Rock. The M&LR proved a tempting target for Confederates, who attacked it frequently during 1864.

Topics and series. This historical marker is listed in these topic lists: Railroads & Streetcars • War, US Civil. In addition, it is included in the Arkansas Civil War Sesquicentennial Commission series list. A significant historical month for this entry is January 1862. 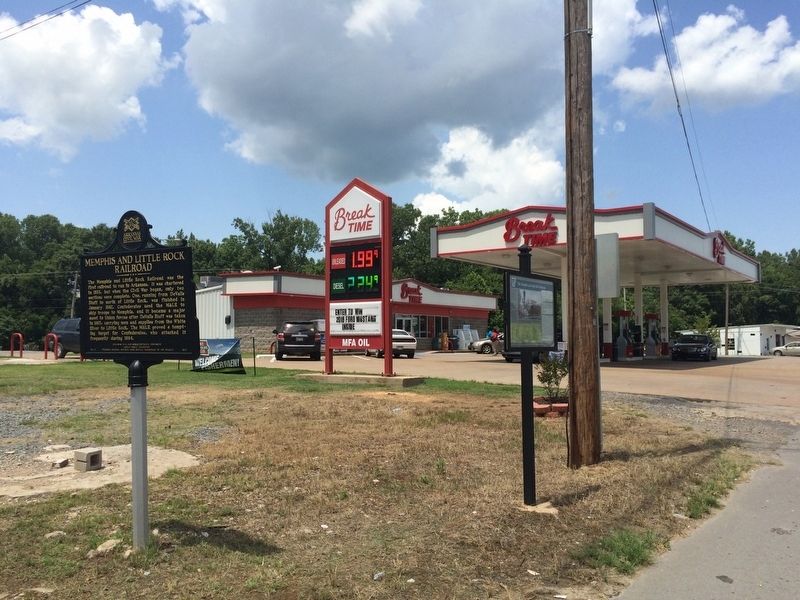 Click or scan to see
this page online
Road, on the right when traveling south on Main Street. Located just left of the Break Time Gas Station. Touch for map. Marker is at or near this postal address: 160 North Main Street, De Valls Bluff AR 72041, United States of America. Touch for directions.

Also see . . .  Encyclopedia of Arkansas article on the Memphis and Little Rock Railroad. (Submitted on August 3, 2016, by Mark Hilton of Montgomery, Alabama.) 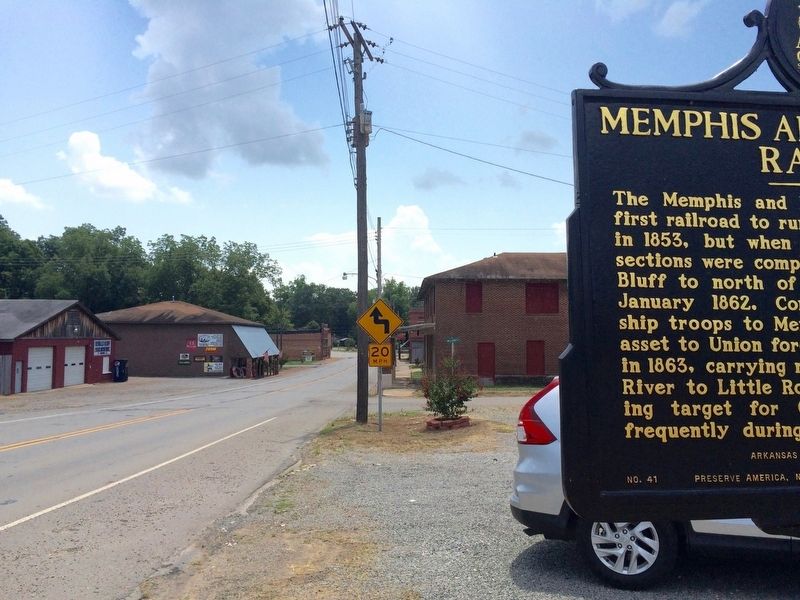 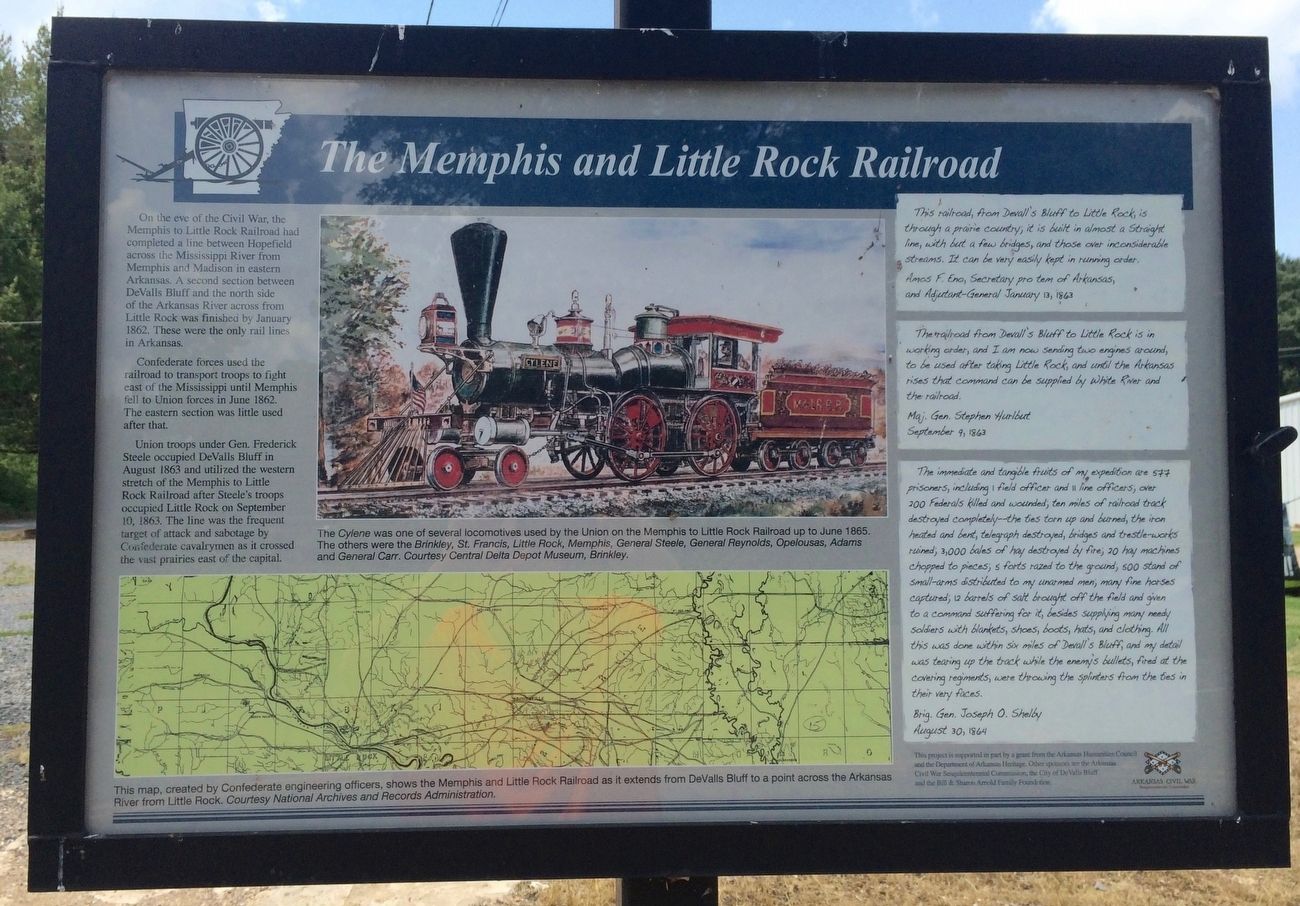