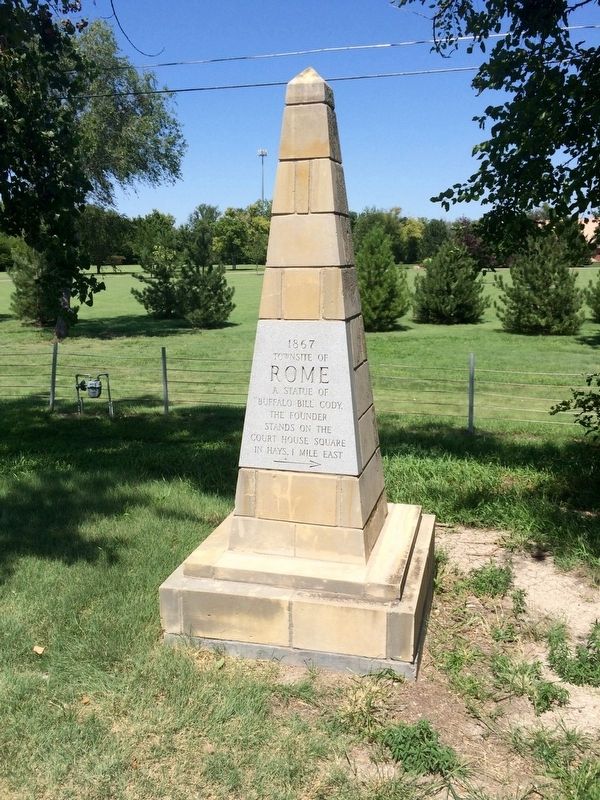 Photographed By Mark Hilton, August 1, 2016
1. Townsite of Rome Marker
Inscription.
Townsite of Rome.
A statue of "Buffalo Bill" Cody the founder stands on the court house square in Hays, 1 mile East , , , › . . This historical marker is Near Hays in Ellis County Kansas

A statue of
"Buffalo Bill" Cody
the founder
stands on the
court house square
in Hays, 1 mile East
———›

Regarding Townsite of Rome. 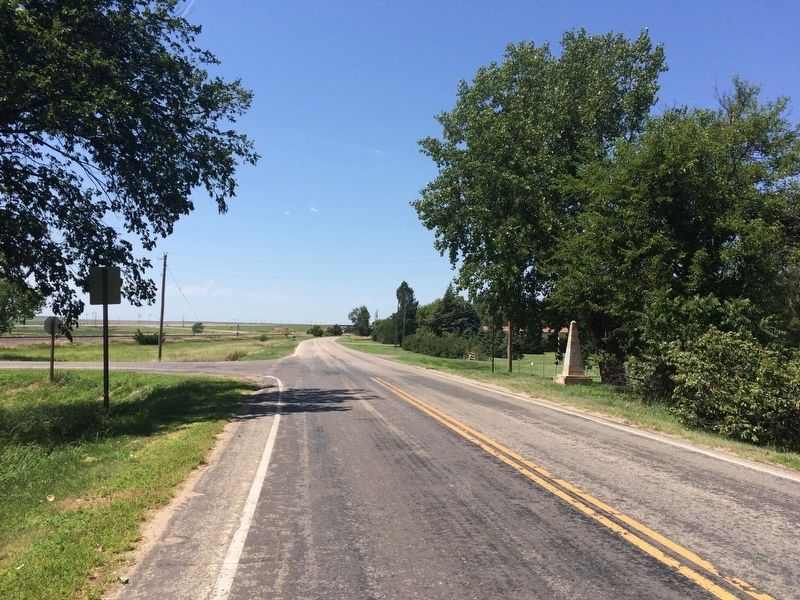 Click or scan to see
this page online
The first settlement to be formed after Ellis County was officially organized, Rome got its start when the Lull brothers of Salina established a general store on the west side of Big Creek, a little north of where the Kansas Pacific Railroad would soon come through the county. By the middle of June, 1867 several houses had been built. One of the town’s co-founders was Buffalo Bill Cody, who along with his partner, William Rose, expected the city to be the metropolis of the county and they would make quite a profit from the sale of lots.

Early in June, Bloomfield, Moses & Co. established a general supply store, and later Joseph Perry built the two-story Perry Hotel. With the Kansas Pacific Railroad laying track in the area and employing some 1,200 men, the town grew quickly and by the end of July, the fledgling settlement boasted over 2,000 citizens. These railroad men, along with soldiers, and buffalo hunters, provided ample customers for the many saloons and gambling halls that quickly sprang up.

Cody and Rose; however, would make a fatal mistake when they refused to take on a man named Dr. W.C. Webb as a partner in their town site venture. Unknown to them, Webb had the authority to establish town sites for the railroad, and when Cody and Rose refused him, he established the Big Creek Land Company, which platted the town of Hays City, on the other side of Big 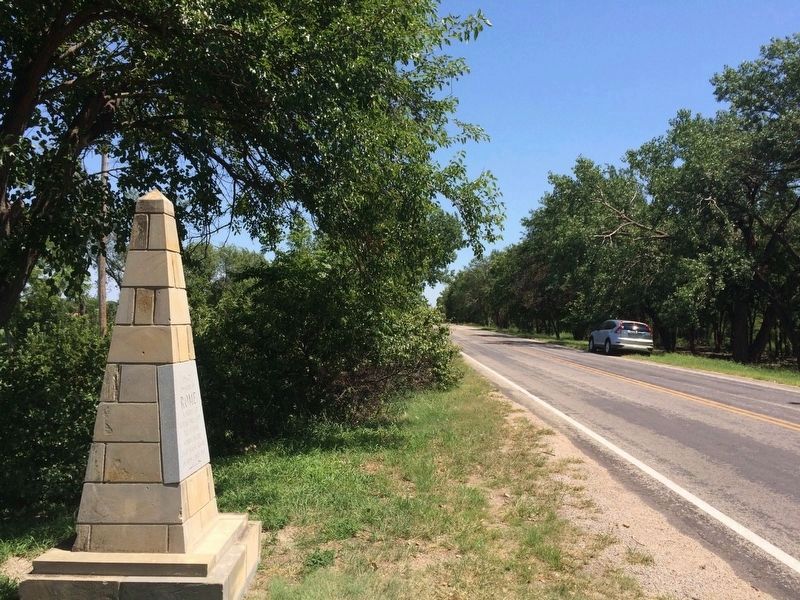 Photographed By Mark Hilton, August 1, 2016
3. View from Rome Marker looking east on 12th Street towards downtown Hays.
Creek about a mile east of Rome. A rivalry at once sprang up between the two places, but the railroad company threw its support to Hays City and Buffalo Bill Cody and William Rose were soon giving free lots away to anyone willing to build or erect a tent in the town. Despite their promotional efforts, many of the citizens and businesses of Rome soon moved to nearby Hays City to be closer to the railroad. When a cholera epidemic hit Rome in the late summer of 1867, any who remained, including Cody and Rose, left. A year later there was nothing left of the town. Ironically, when the Ellis County was officially organized and Hays City made the county seat, William Rose would become one of its first commissioners. Today, the only thing left of Rome is this historical stone marker.

Related marker. Click here for another marker that is related to this marker. Courthouse Square statue of Buffalo Bill Cody.