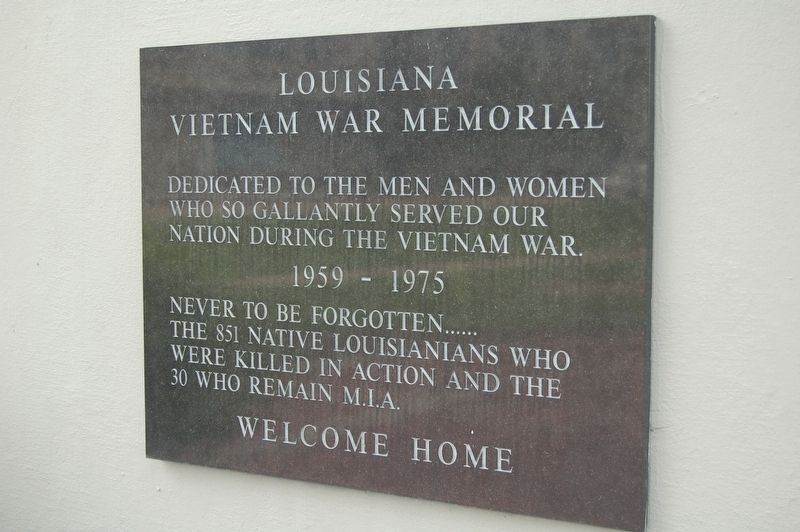 Never to be forgotten......
The 851 native Louisianians who
were killed in action and the
30 who remain M.I.A.

Location. 30° 26.637′ N, 91° 11.417′ W. Marker is in Baton Rouge, Louisiana, in East Baton Rouge Parish. Memorial can be reached from the intersection of Government Street (State Highway 73) and South River Road, on the right when traveling south. Located at the Louisiana Memorial Plaza, part of the U.S.S. Kidd museum complex. Touch for map. Marker is in this post office area: Baton Rouge LA 70802, United States of America. Touch for directions. 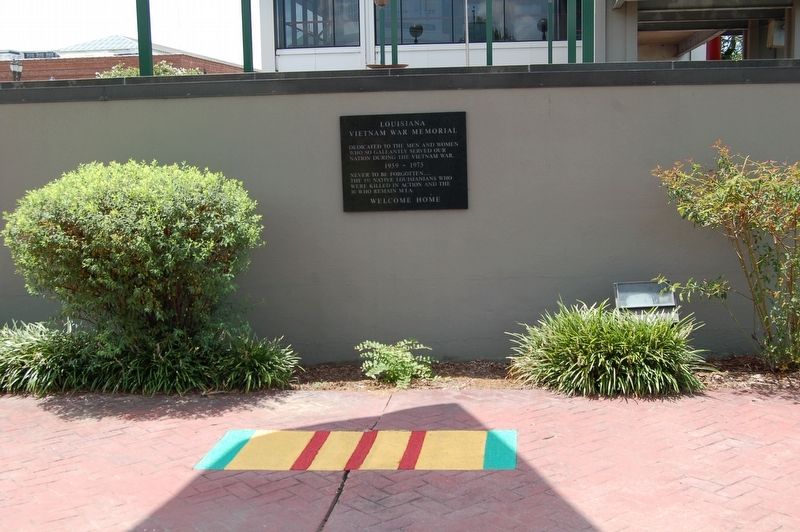 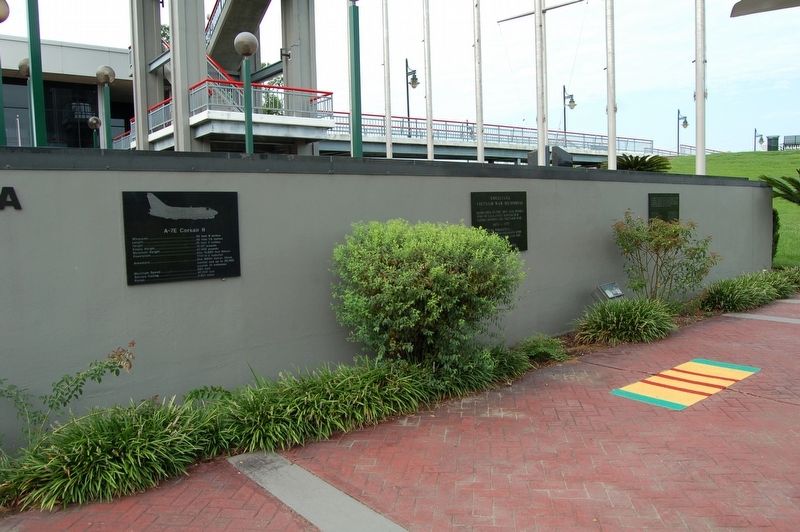 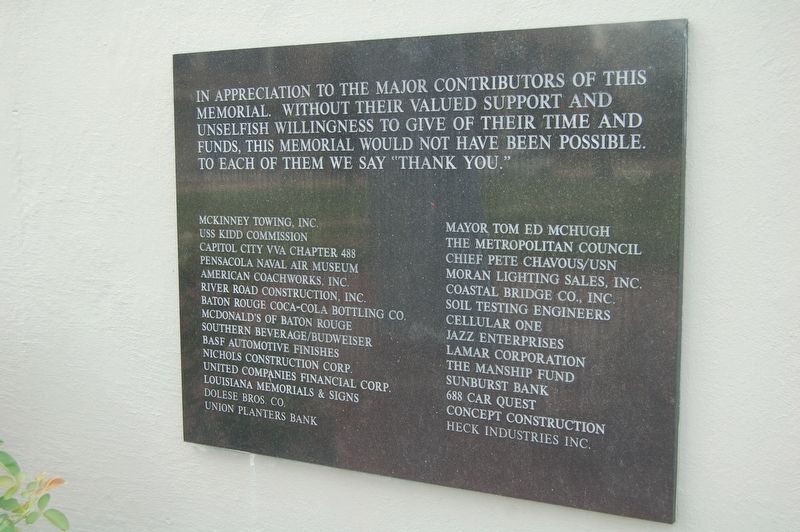