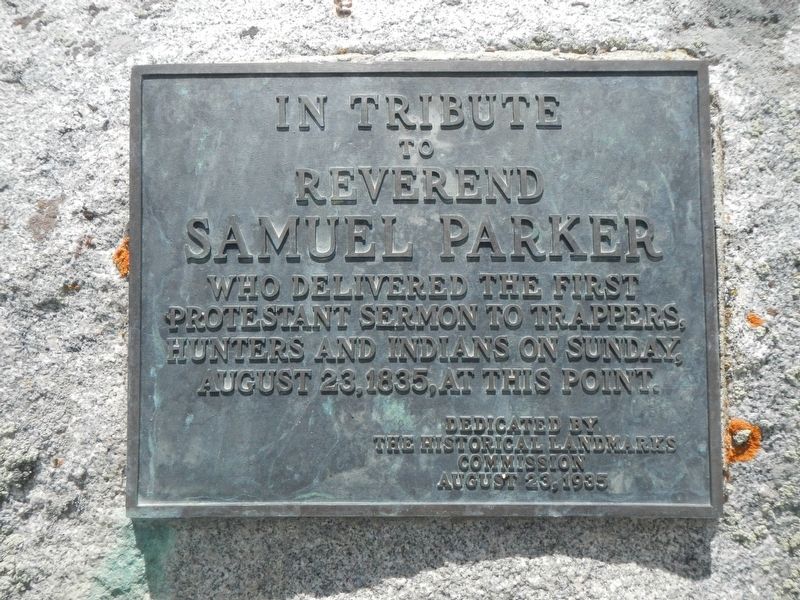 In Tribute to
Reverend Samuel Parker
Who delivered the first Protestant sermon to Trappers, hunters, and Indians on Sunday, August 23, 1835, at this point.

Topics. This historical marker is listed in this topic list: Churches & Religion. A significant historical date for this entry is August 23, 1835.

Other nearby markers. At least 3 other markers are within 9 miles of this marker, measured as the crow flies. Hoback Canyon (approx. 0.2 miles away); Church of St. Hubert the Hunter and Library (approx. 4.6 miles away); Granite Hot Springs Swimming Pool (approx. 8.6 miles away).

More about this marker. This marker is not visible from the highway (nor safe), it is over the edge on the left side. Access this marker from the nearby Black Powder Ranch.

Regarding Reverend Samuel Parker. Legend has it that the Reverend Parker was in the midst of his service when some buffalo suddenly appeared. The congregation 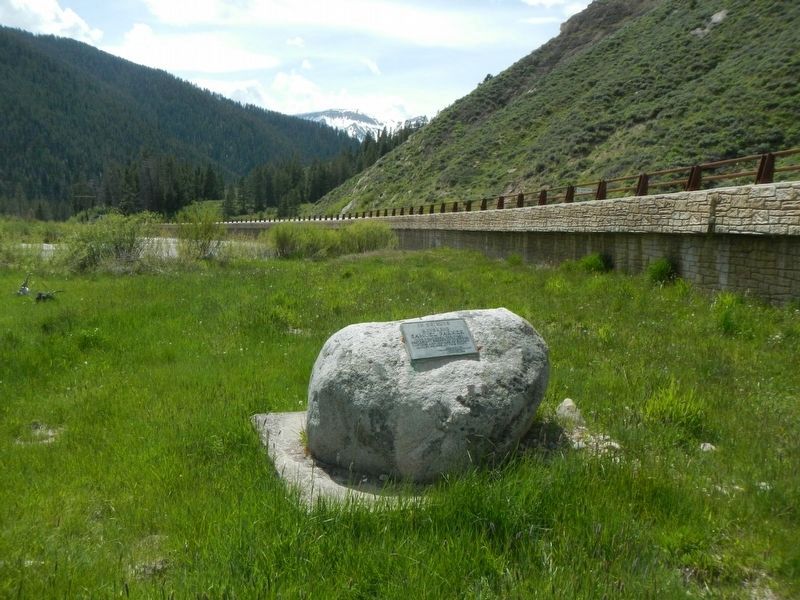 Photographed By Barry Swackhamer, June 2, 2016
2. Reverend Samuel Parker Marker
The highway is to the right.

Click or scan to see
this page online
abandoned the Reverend, mid-prayer, and began their hunt.

Also see . . .  Samuel Parker - Heritage History. ...Mr. Parker was a missionary whose business in setting out into the Wild West was to spread the Gospel. The American Board of Commissioners for Foreign Missions sent him out to ascertain by personal observation the condition and character of the Indian nations and tribes, and the opportunities for introducing the Gospel and civilization among them. (Submitted on August 11, 2016, by Barry Swackhamer of Brentwood, California.) 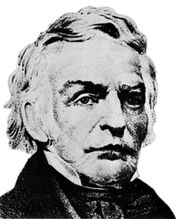