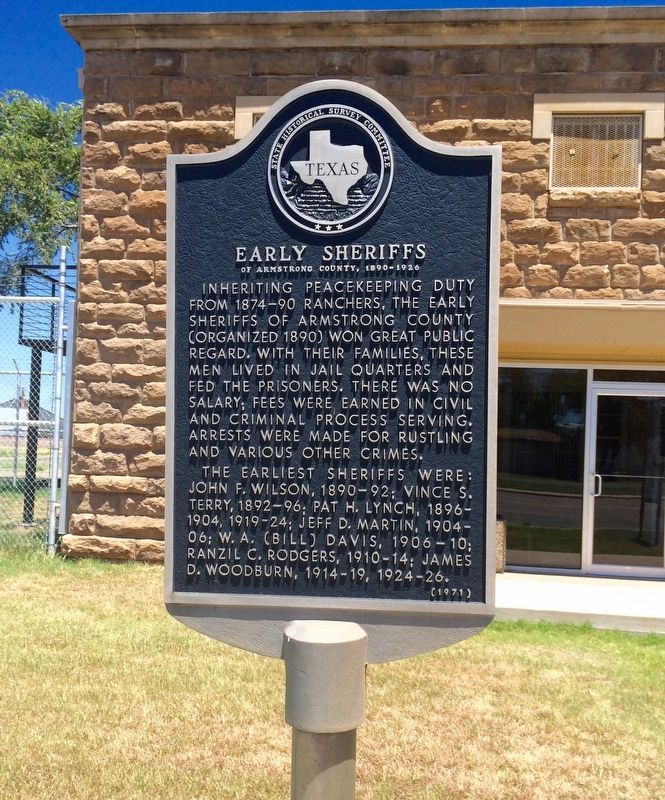 Inheriting peacekeeping duty from 1874-90 ranchers, the early sheriffs of Armstrong County (organized 1890) won great public regard. With their families, these men lived in jail quarters and fed the prisoners. There was no salary; fees were earned in civil and criminal process serving. Arrests were made for rustling and various other crimes. 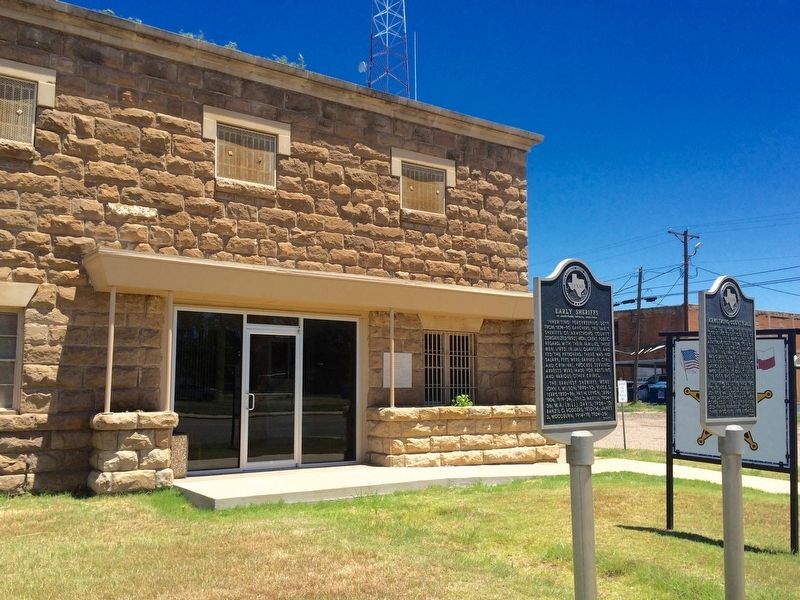 Click or scan to see
this page online
is at or near this postal address: 110 West 1st Street, Claude TX 79019, United States of America. Touch for directions. 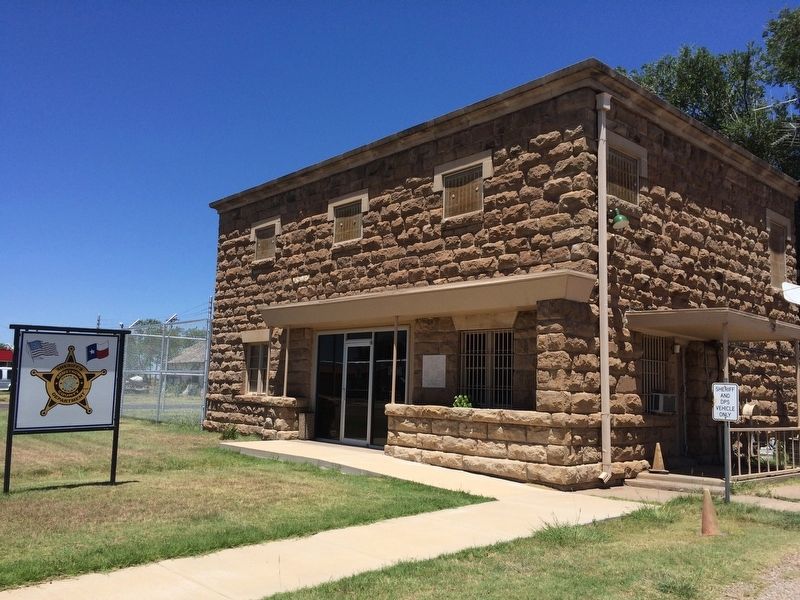