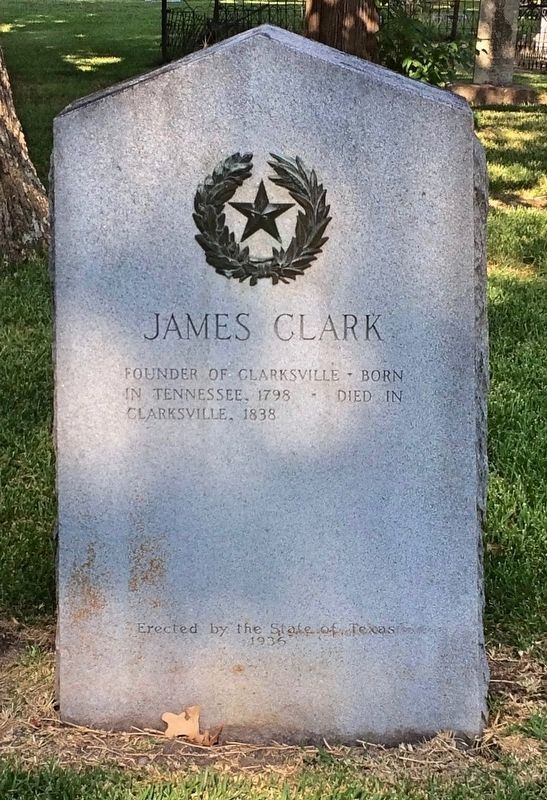 By Mark Hilton, July 21, 2016
1. James Clark Monument
Inscription.
James Clark. .
Founder of Clarksville ◊ Born in Tennessee, 1798 ◊ Died in Clarksville, 1838 . . This historical marker was erected in 1936 by the State of Texas.. It is in Clarksville in Red River County Texas

Topics and series. This historical marker is listed in these topic lists: Cemeteries & Burial Sites • Settlements & Settlers. In addition, it is included in the Texas 1936 Centennial Markers and Monuments series list. 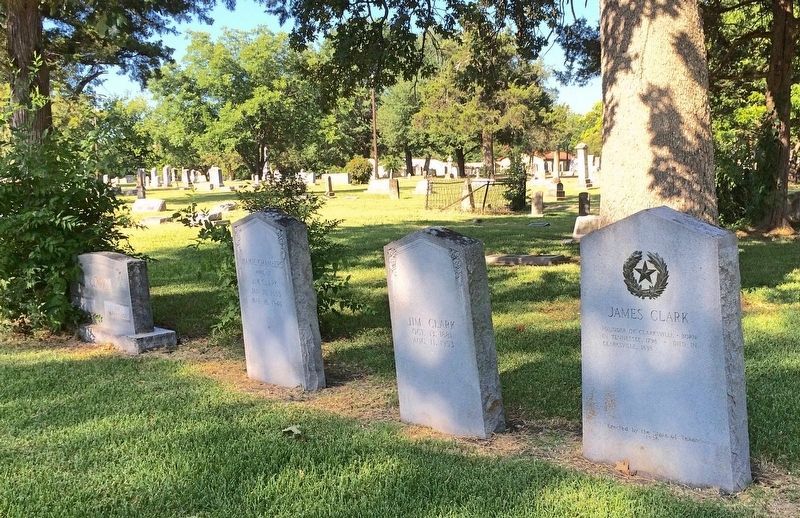 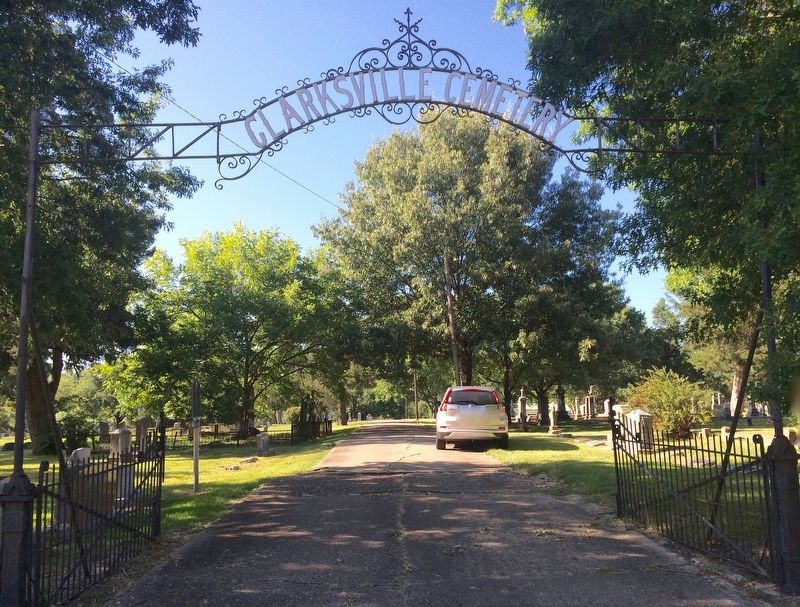