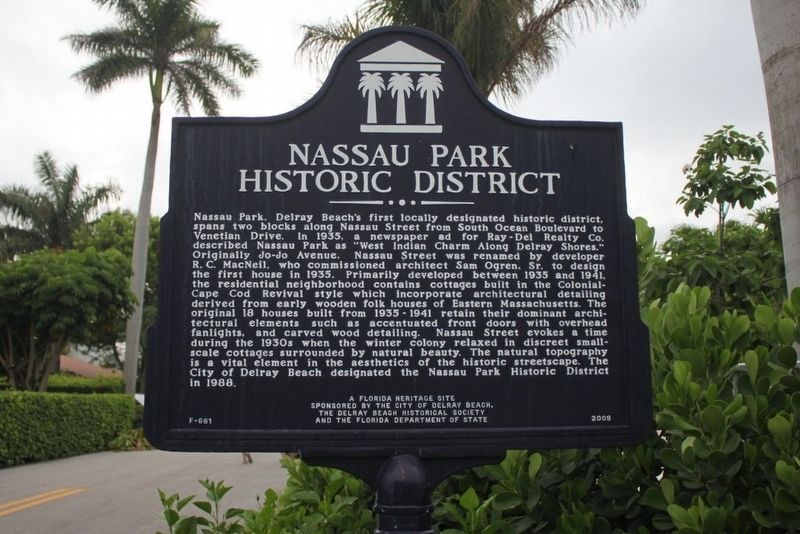 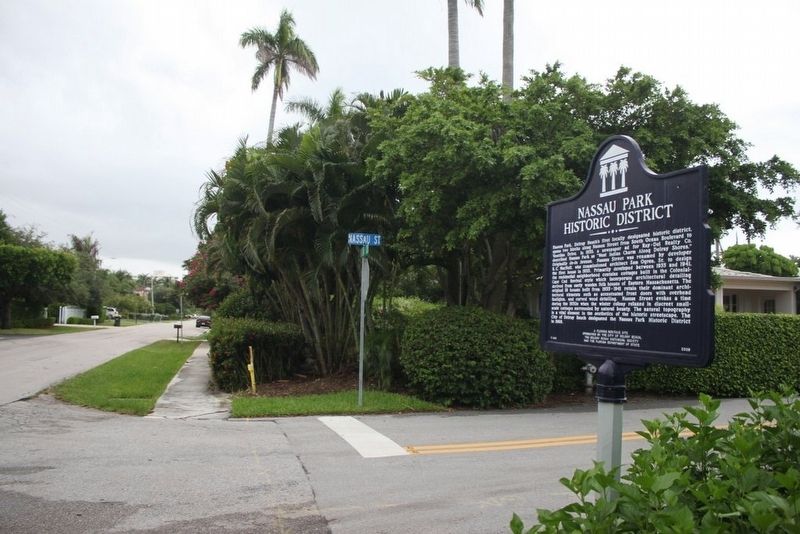 Click or scan to see
this page online
2009 by The City of Delray Beach, the Delray Beach Historical Society and the Florida Department of State. (Marker Number F-661.)

Topics. This historical marker is listed in these topic lists: Architecture • Settlements & Settlers. A significant historical year for this entry is 1935.

Other nearby markers. At least 8 other markers are within walking distance of this marker. Beach Dedication (approx. 0.2 miles away); J. B. Evans House (approx. 0.2 miles away); The Delray Wreck (approx. ¼ mile away); Marina Historic District (approx. ¼ mile away); First Presbyterian Church Fellowship Hall (approx. 0.3 miles away); a different marker also named Marina Historic District (approx. 0.4 miles away); Atlantic Avenue Crossing (approx. 0.4 miles away); Orange Grove House of Refuge No. 3 (approx. 0.6 miles away). Touch for a list and map of all markers in Delray Beach.
Credits. This page was last revised on August 15, 2016. It was originally submitted on August 14, 2016, by Tim Fillmon of Webster, Florida. This page has been viewed 253 times since then and 38 times this year. Photos:   1, 2. submitted on August 14, 2016, by Tim Fillmon of Webster, Florida. • Bernard Fisher was the editor who published this page.
Share this page.