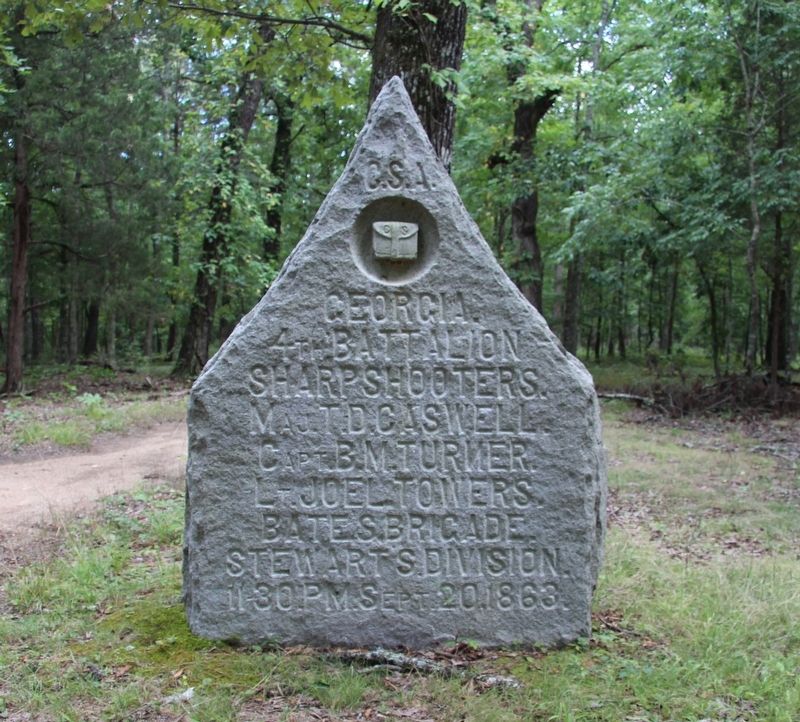 Location. 34° 55.448′ N, 85° 15.441′ W. Marker is near Fort Oglethorpe, Georgia, in Catoosa County. Marker can be reached from Battleline Road south of Alexanders Bridge Road, on the left when traveling south. This monument is located in the national park that preserves the site of the Chickamauga Battlefield. The monument is located near the very end of the long line of mostly Union monuments, markers, and tablets that are situated along the length of the park's Battleline Road, but on the opposite side of the street from the majority of the markers and it is hidden from view because of its location just inside of the woods, along the 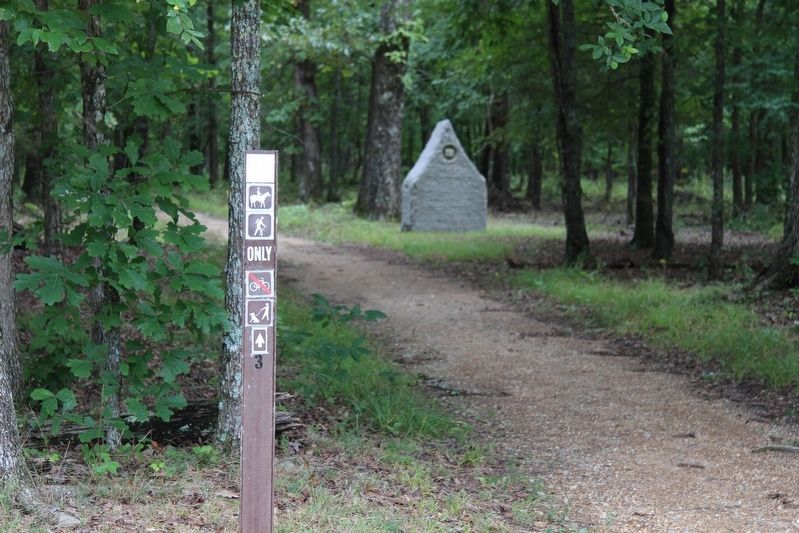 Photographed By Dale K. Benington, August 9, 2016
2. Georgia 4th Battalion Sharpshooters Marker
View of the featured monument, situated back in the woods, along the side of a hiking/riding trail.

Click or scan to see
this page online
side of a hiking trail. Touch for map. Marker is in this post office area: Fort Oglethorpe GA 30742, United States of America. Touch for directions.

More about this marker. According to the description information provided by the National Park Service, the monument is, “A rock-faced, peaked-top granite slab, 4'6" wide x 6' high x 1'8" thick, that carries an inscription, with a cartridge box carved in relief above it. Marks unit's position on September 20, 1863, at 11:30 a.m.” 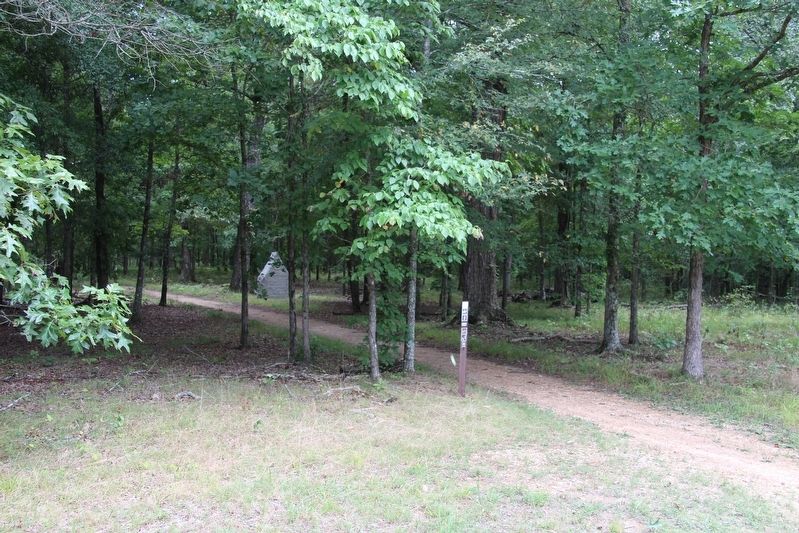 Photographed By Dale K. Benington, August 9, 2016
3. Georgia 4th Battalion Sharpshooters Marker
View of the featured monument, situated back in the woods, along the side of a trail, just beyond an open field. 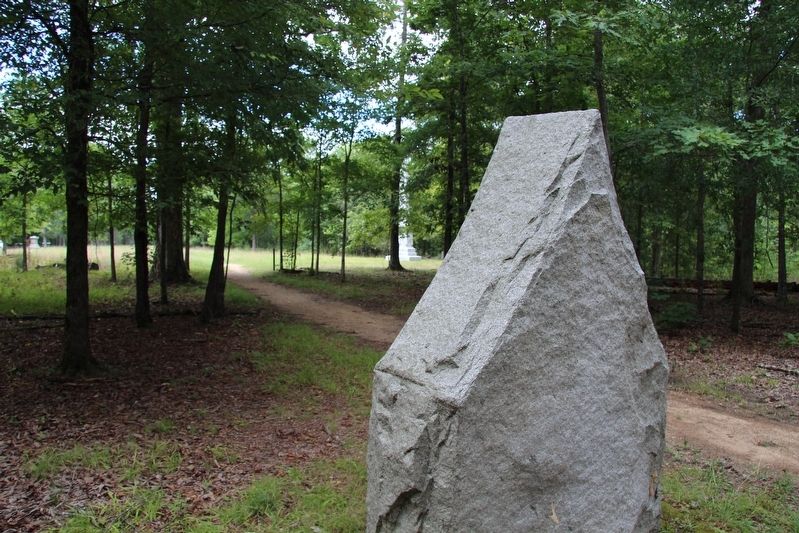