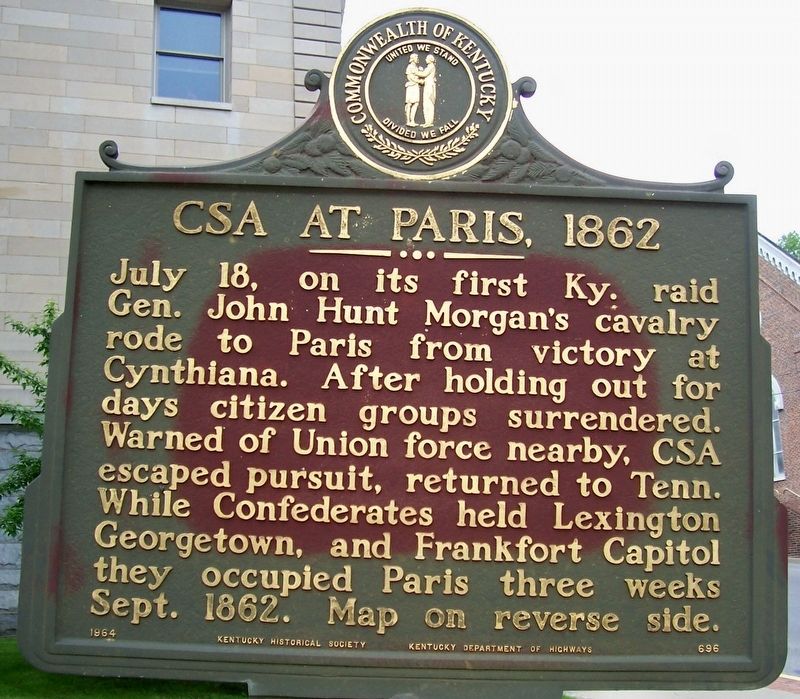 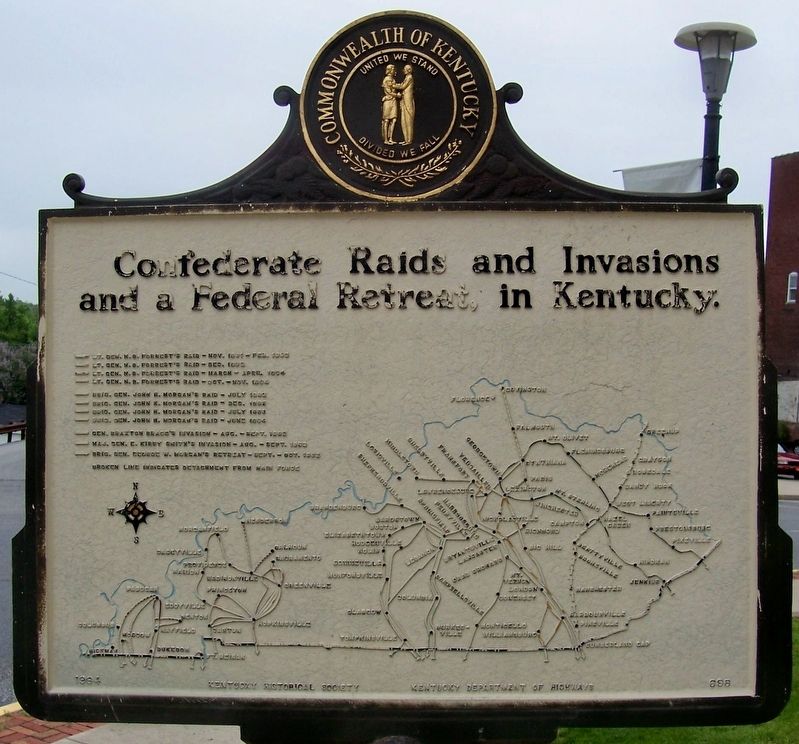 By Forest McDermott, May 7, 2011
2. Reverse side - Confederate Raids and Invasions and a Federal Retreat in Kentucky

Topics. This historical marker is listed in this topic list: War, US Civil. A significant historical date for this entry is July 18, 1862. 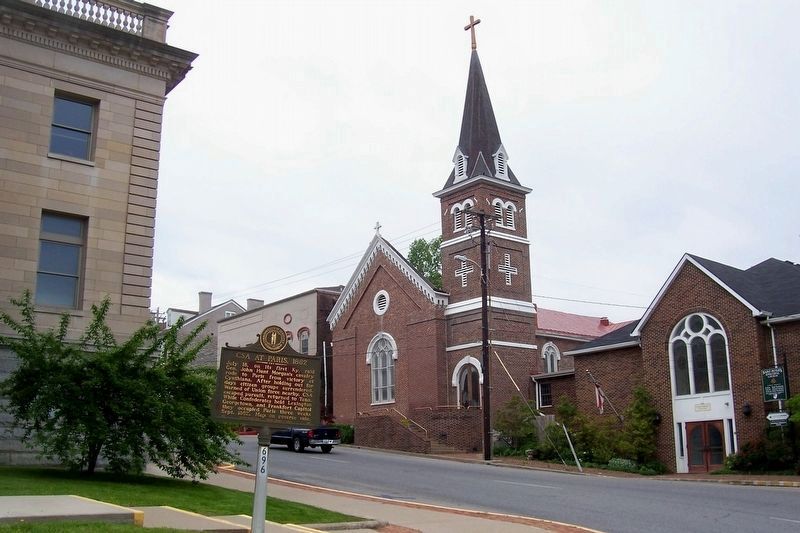 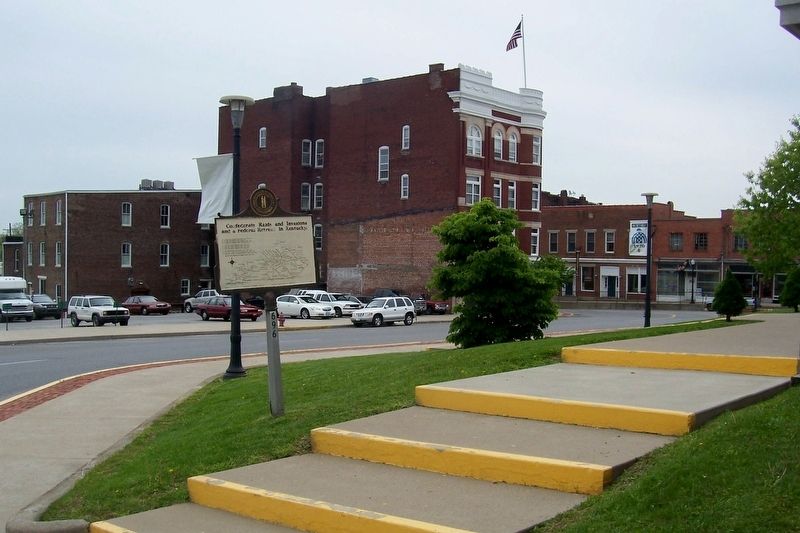