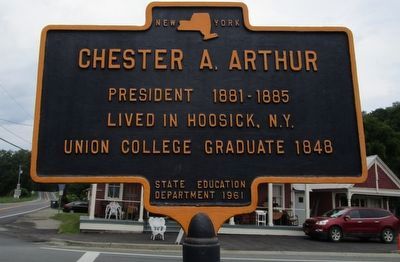 Topics. This historical marker is listed in this topic list: Government & Politics. A significant historical year for this entry is 1848. 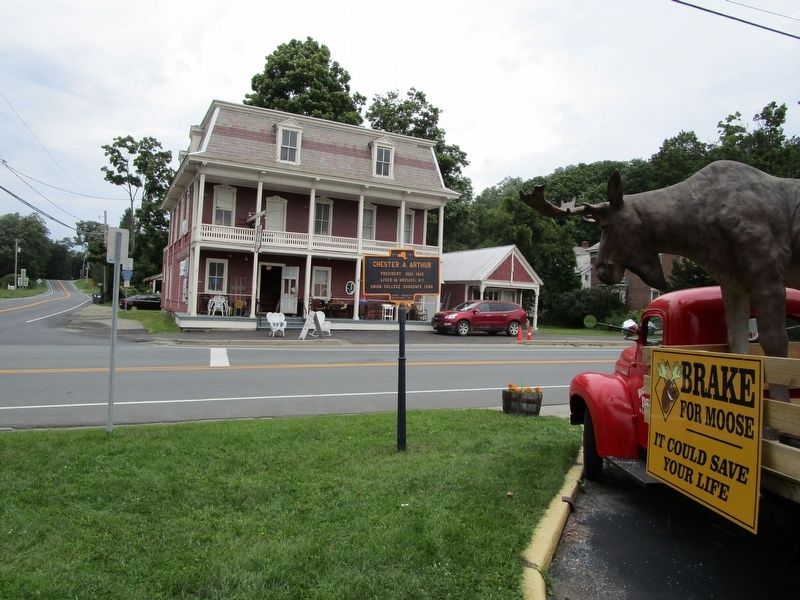 Click or scan to see
this page online
(approx. 2.7 miles away); Natty Bumppo (approx. 2.8 miles away). Touch for a list and map of all markers in Hoosick. 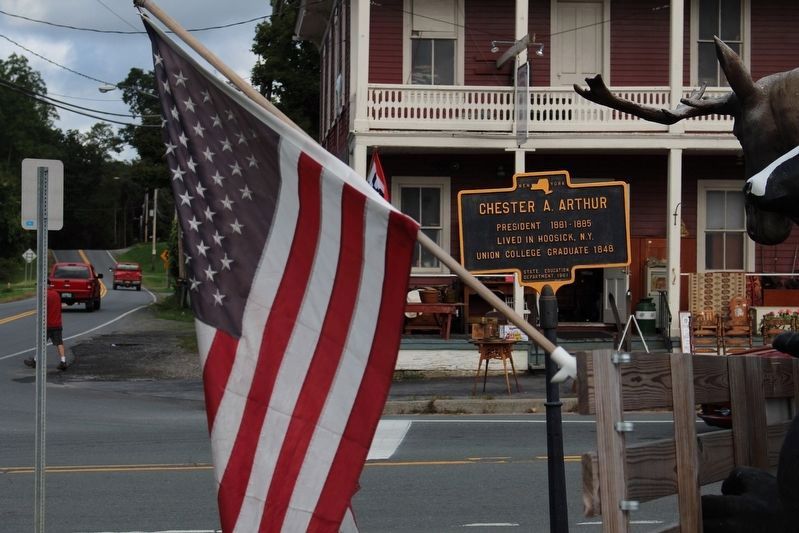 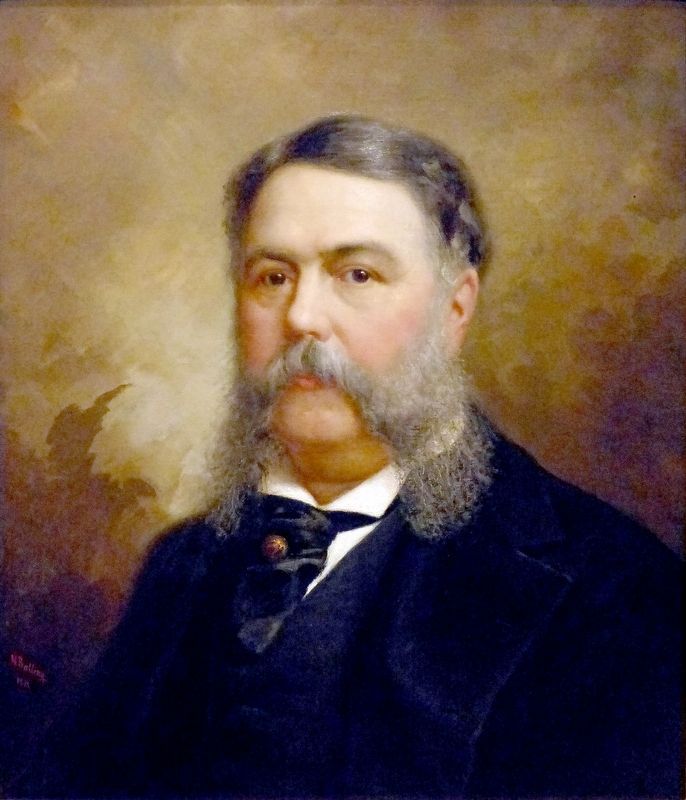 "When Vice President Chester Arthur succeeded to the presidency on the death of James Garfield, a newspaper noted that he was ‘not a man who would have entered anybody's mind’ as a worthy candidate for the office. Indeed, as a major player in a spoils system that reduced the civil service to a vehicle for rewarding party faithful, he struck many as an emblem of all that was wrong in American politics. As president, however, Arthur rose above his past to promote landmark legislation designed to curb the spoils system. He also proved to be a foe of other forms of corruption. When, for example, a ‘pork barrel’ bill for public improvements reached his desk, he vetoed it. This head-and-shoulders portrait can only hint at the fashionable figure that Arthur cut. With his muttonchop whiskers ‘trimmed to the perfection point’ and his suits made of only the finest fabrics, he invariably looked like the very epitome of the well-bred Victorian gentleman." -- National Portrait Gallery 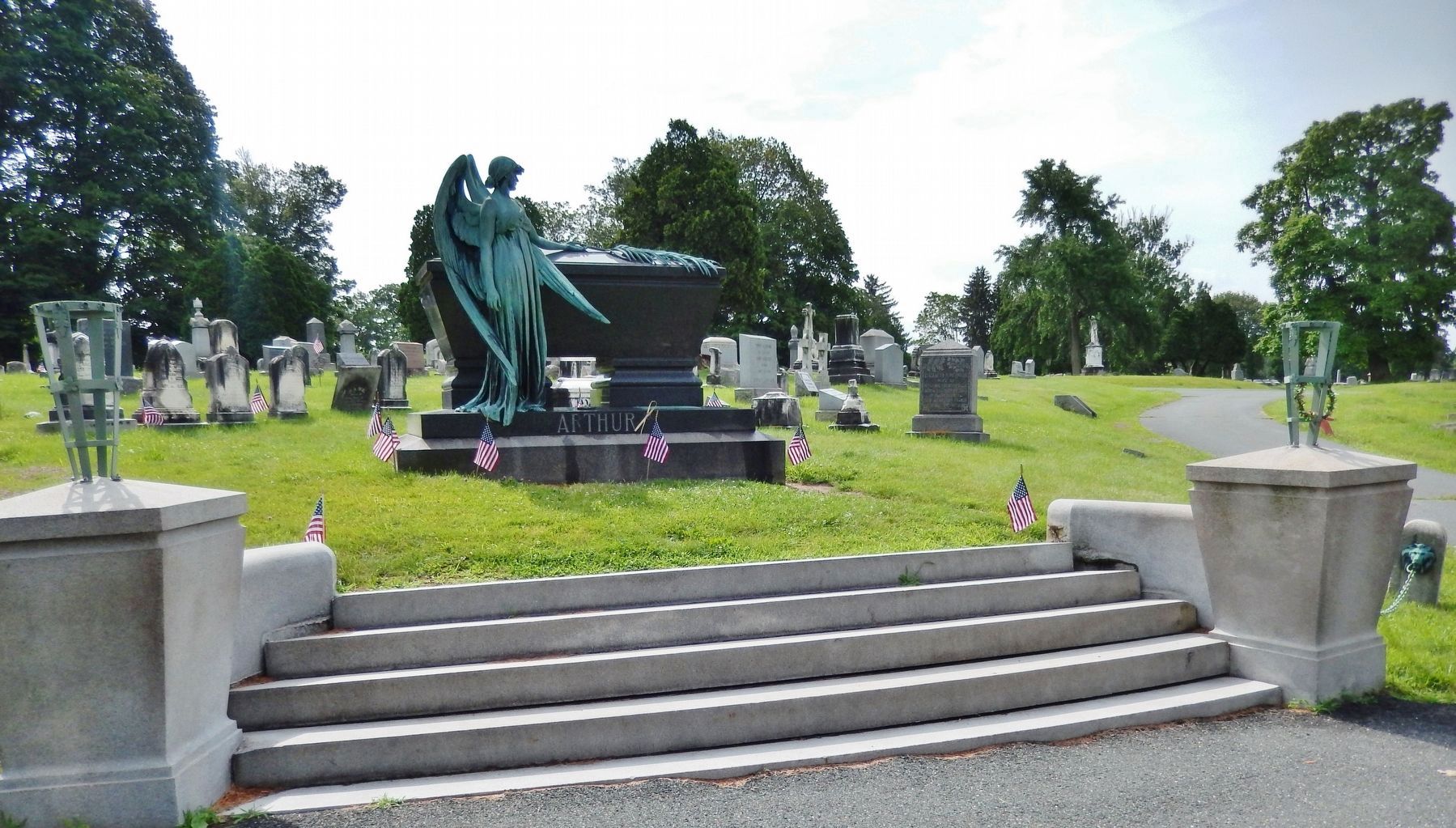 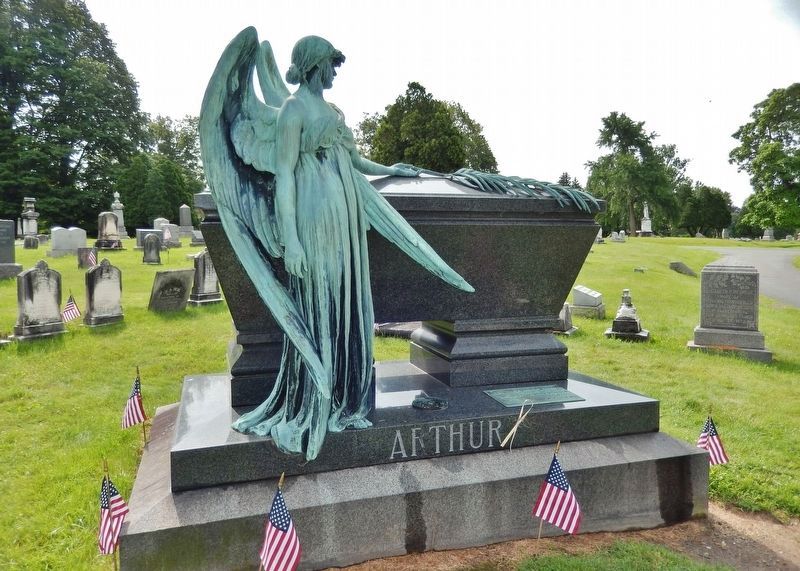 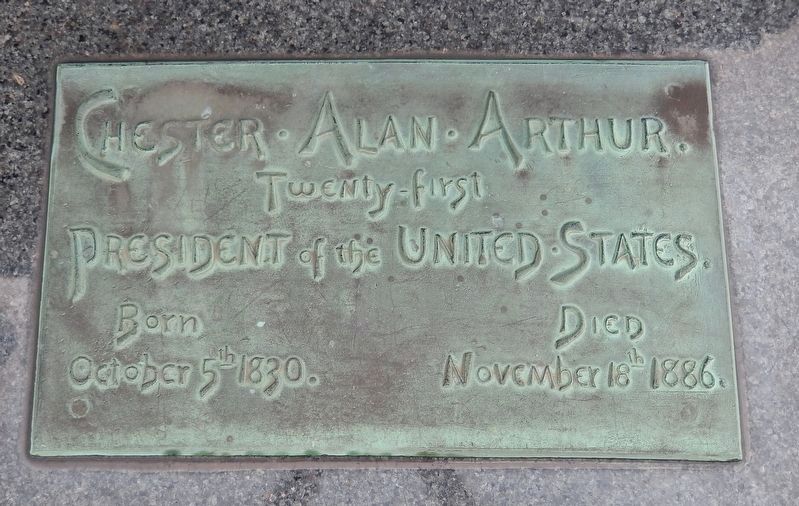