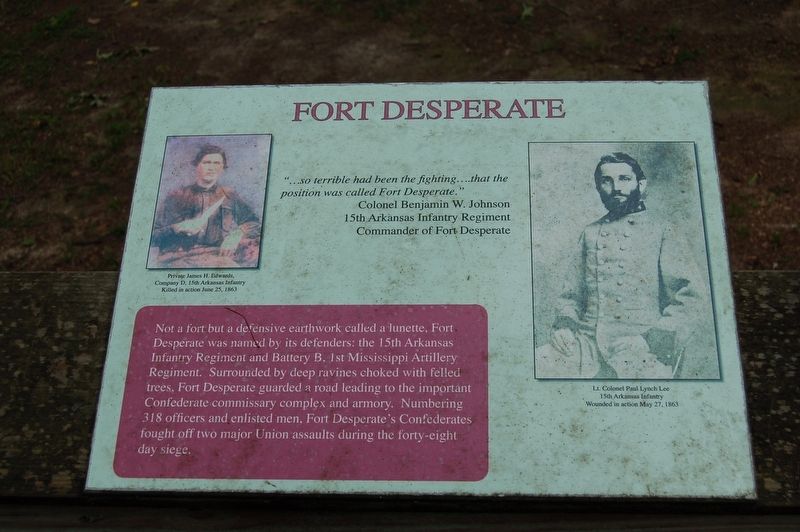 Not a fort but a defensive earthwork called a lunette, Fort Desperate was named by its defenders: the 15th Arkansas Infantry Regiment and Battery B, 1st Mississippi Artillery Regiment. Surrounded by deep ravines choked with felled trees, Fort Desperate guarded a road leading to the important Confederate commissary complex and armory. Numbering 318 officers and enlisted men, Fort Desperate's Confederates fought off two major Union assaults during the forty-eight day siege.

Location. 30° 41.278′ N, 91° 16.566′ W. Marker is in Port Hudson, Louisiana, in East Feliciana Parish. Marker can be reached from U.S. 61 one mile north of Plains-Port Hudson Road, on the left when traveling north. Located on the grounds of the Port Hudson State Historic 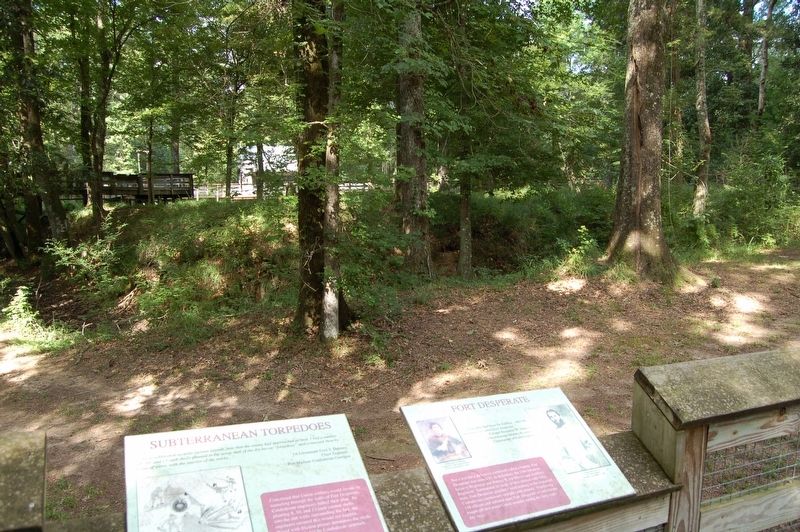 Click or scan to see
this page online
Site. The marker is located about 1 mile along the trail to Fort Desperate, part of a 6-mile walking trail. Touch for map. Marker is at or near this postal address: 236 Hwy 61, Jackson LA 70748, United States of America. Touch for directions. 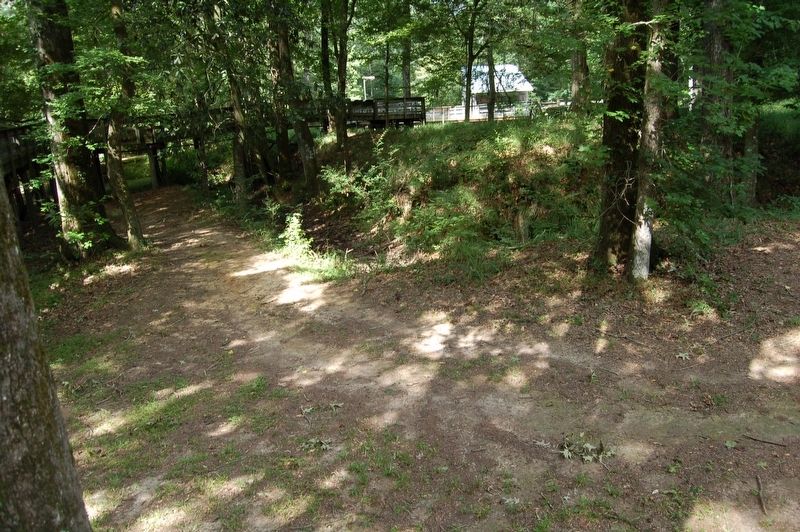