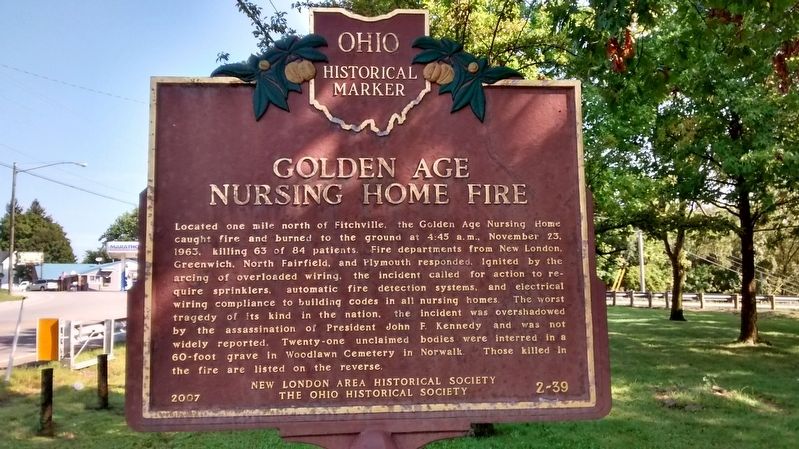 Golden Age Nursing Home Fire
Located one mile north of Fitchville, the Golden Age Nursing Home caught fire and burned to the ground at 4:45 a.m., November 23, 1963, killing 63 of 84 patients. Fire departments from New London, Greenwich, North Fairfield, and Plymouth responded. Ignited by the arcing of overloaded wiring, the incident called for action to require sprinklers, automatic fire detection systems, and electrical wiring compliance to building codes in all nursing homes. The worst tragedy of its kind in the nation, the incident was overshadowed by the assassination of President John F. Kennedy and was not widely reported. Twenty-one unclaimed bodies were interred in a 60-foot grave in Woodlawn Cemetery in Norwalk. Those killed in the fire are listed on the reverse. 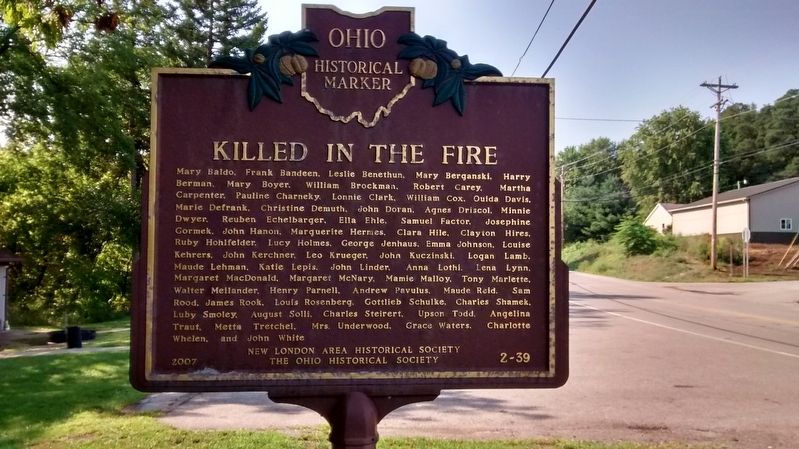 Topics and series. This historical marker is listed in this topic list: Disasters. In addition, it is included in the Ohio Historical Society / The Ohio History Connection series list. A significant historical date for this entry is November 23, 1963.

Other nearby markers. At least 8 other markers are within 13 miles of this marker, measured as the crow flies. Fitchville Bridge 1929 - 2013 (within shouting distance of this marker); Early Catholic Missionary Settlement 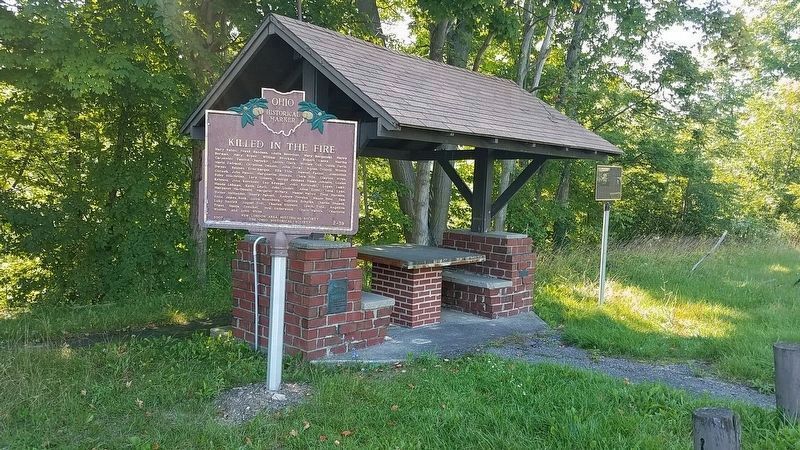