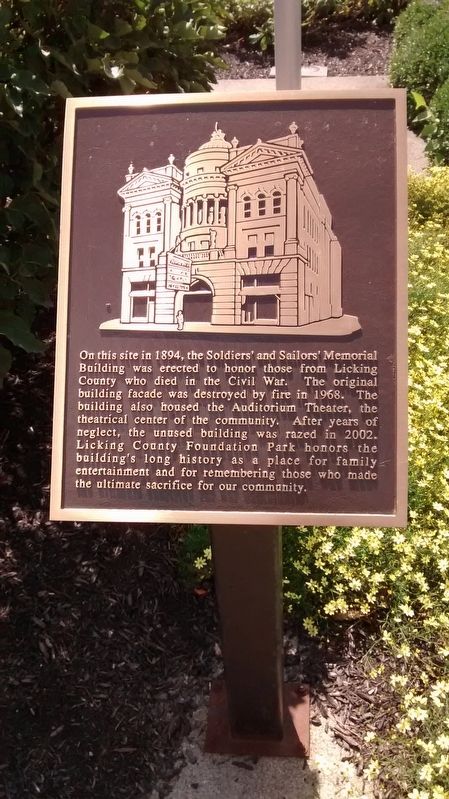 On this site in 1894, the Soldiers' and Sailors' Memorial Building was erected to honor those from Licking County who died in the Civil War. The original building facade was destroyed by fire in 1968. The building also housed the Auditorium Theater, the theatrical center of the community. After years of neglect, the unused building was razed in 2002. Licking County Foundation Park honors the building's long history as a place for family entertainment and for remembering those who made the ultimate sacrifice for our community.

Topics. This historical marker is listed in this topic list: Notable Buildings. A significant historical year for this entry is 1894.

Other nearby markers. At least 8 other markers are within walking distance of this marker. "Double Arrow" Wrought Iron Fence (a few steps from this marker); McCune-Stimson House 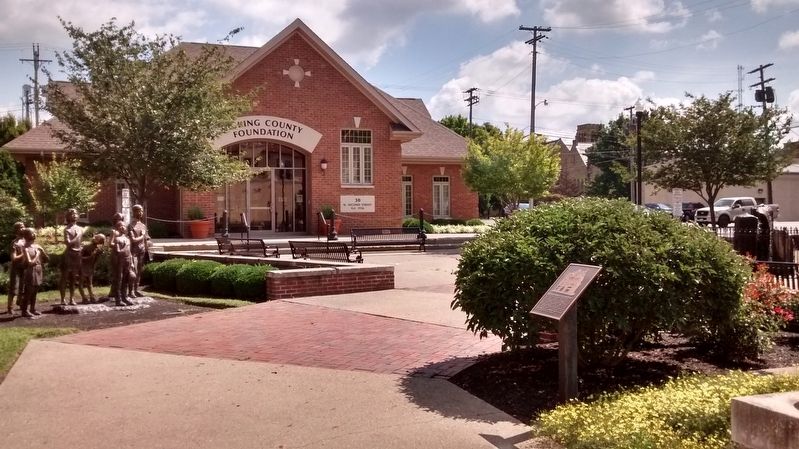 Click or scan to see
this page online
(within shouting distance of this marker); The Licking County Courthouse (about 400 feet away, measured in a direct line); The Donald D. Hill County Administration Building (about 500 feet away); Congressional Medal of Honor Recipients (about 500 feet away); The John W. Alford Building (about 700 feet away); Honoring Carl Etherington (approx. 0.2 miles away); Licking County Sheriff’s Residence & Jail (approx. 0.2 miles away). Touch for a list and map of all markers in Newark.
Credits. This page was last revised on August 31, 2016. It was originally submitted on August 31, 2016, by Joel Seewald of Madison Heights, Michigan. This page has been viewed 274 times since then and 34 times this year. Photos:   1, 2. submitted on August 31, 2016, by Joel Seewald of Madison Heights, Michigan.
Share this page.