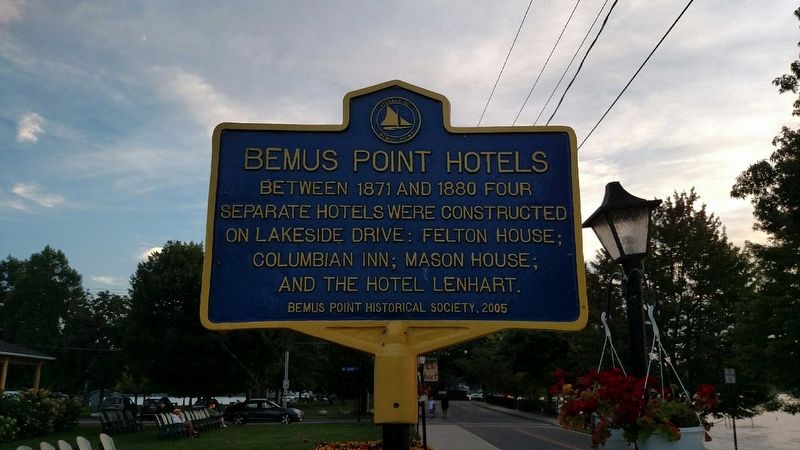 Between 1871 and 1880 four separate hotels were constructed on Lakeside Drive: Felton House; Columbian Inn; Mason House; and the Hotel Lenhart.

Topics. This historical marker is listed in this topic list: Notable Buildings. A significant historical year for this entry is 1871.

Other nearby markers. At least 8 other markers are within 3 miles of this marker, measured as the crow flies. Bemus Point - Stow Ferry (about 500 feet away, measured in a direct line); New York State Fish Hatchery (about 800 feet away); Train Depot (approx. half a mile away); Bemus Point Library (approx. half a mile away); The Land Around Us (approx. 2.9 miles away); Farming and Industrial Development (approx. 2.9 miles away); What Does "Chautauqua" Mean? 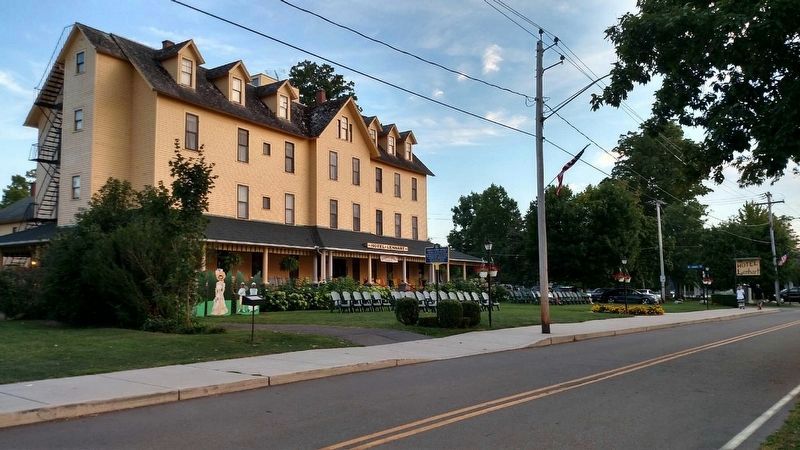 Click or scan to see
this page online
(approx. 2.9 miles away); Transportation (approx. 3 miles away). Touch for a list and map of all markers in Bemus Point.