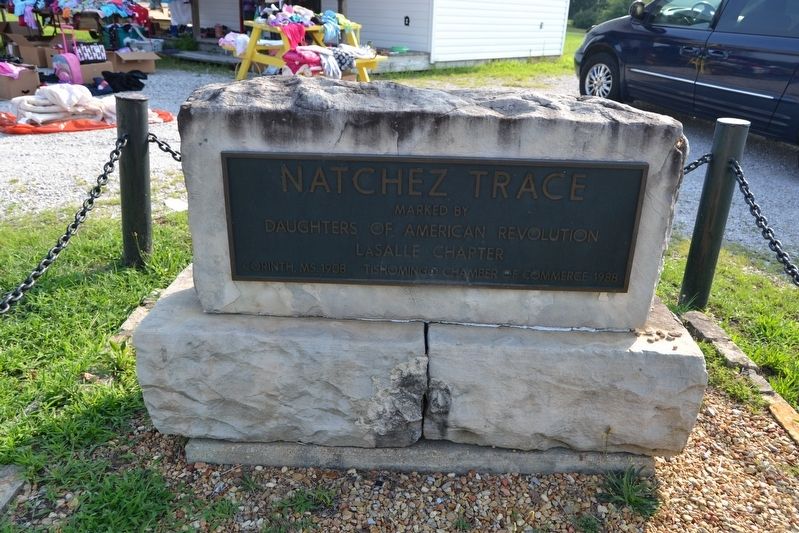 Erected by Mississippi Society of the Daughters of the American Revolution.

Topics and series. This historical marker is listed in this topic list: Roads & Vehicles. In addition, it is included in the Daughters of the American Revolution, and the Natchez Trace series lists.

Other nearby markers. At least 8 other markers are within 11 miles of this marker, measured as the crow flies. Cave Spring (approx. 5.2 miles away); Bear Creek Mound (approx. 5.7 miles away); a different marker also named The Natchez Trace (approx. 6.9 miles away); Mac McAnally (approx. 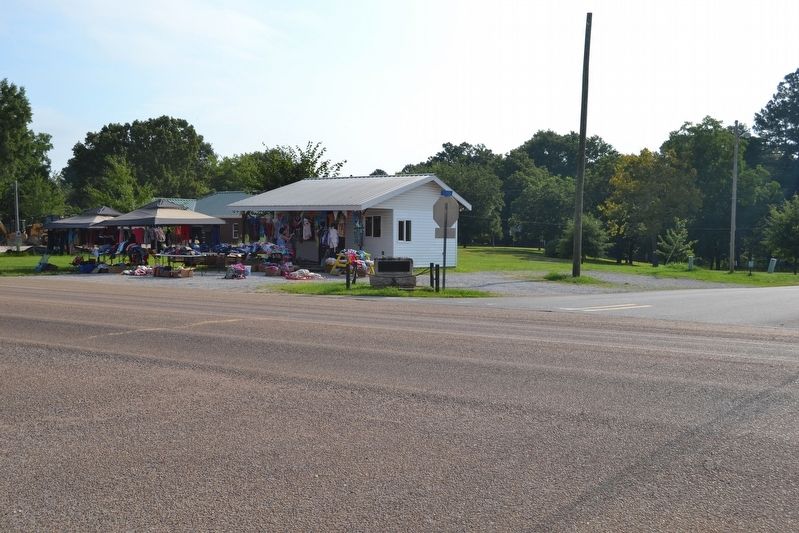 By Duane Hall, August 6, 2016
2. Natchez Trace Marker
Marker is at northeast corner of intersection of Main Street and Trace Street