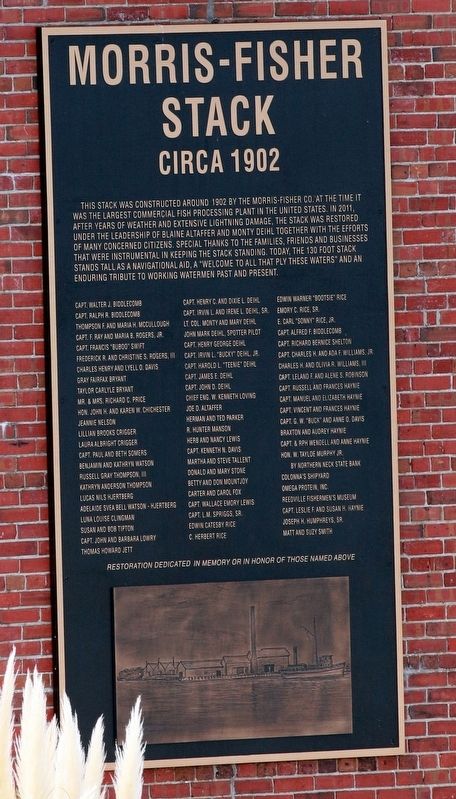 This stack was constructed around 1902 by the Morris-Fisher Co. At the time it was the largest commercial fish processing plant in the United States. In 2011, after years of weather and extensive lightning damage, the stack was restored under the leadership of Blaine Altaffer and Monty Deihl together with the efforts of many concerned citizens. Special thanks to the families, friends and businesses that were instrumental in keeping the stack standing. Today, the 130 foot stack stands tall as a navigational aid, a “welcome to all that ply these waters” and an enduring tribute to working watermen past and present. 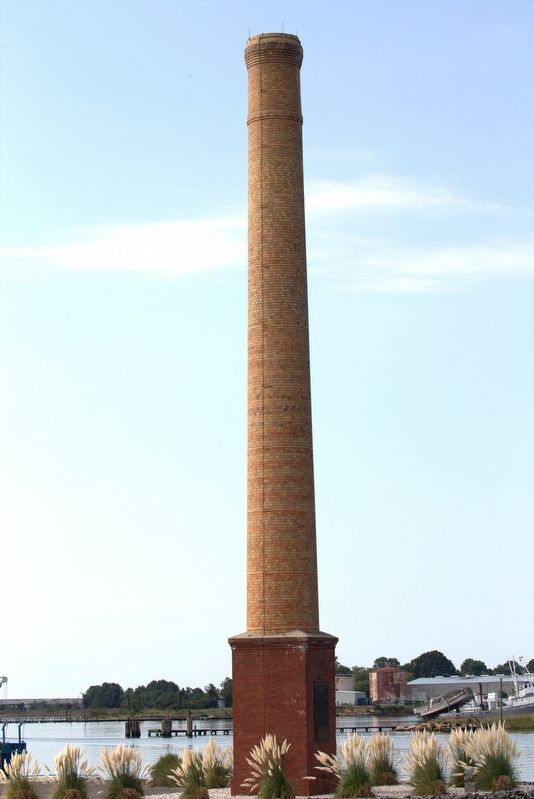 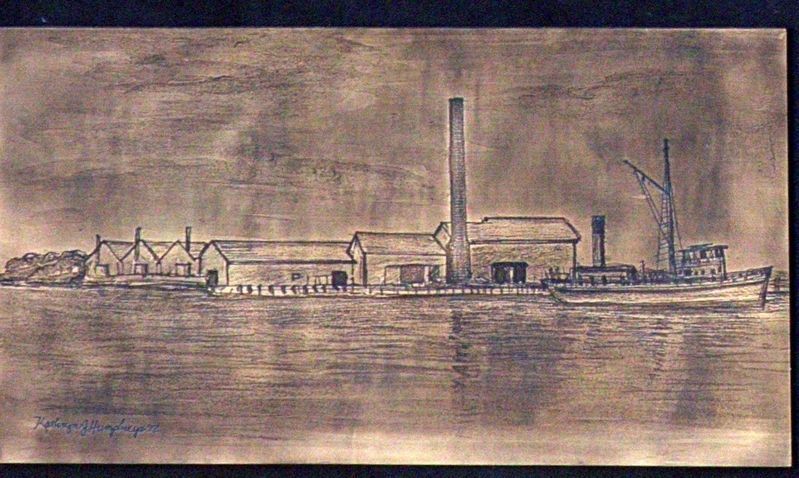 Restoration dedicated in memory or honor of those named above.

Location. 37° 49.946′ N, 76° 16.912′ W. Marker is near Reedville, Virginia, in Northumberland County. Marker is on Morris-Fisher Stock Lane west of Menhaden Road (County Route 659). It is at the end of the lane. Touch for map. Marker is in this post office area: Reedville VA 22539, United States of America. Touch for directions. 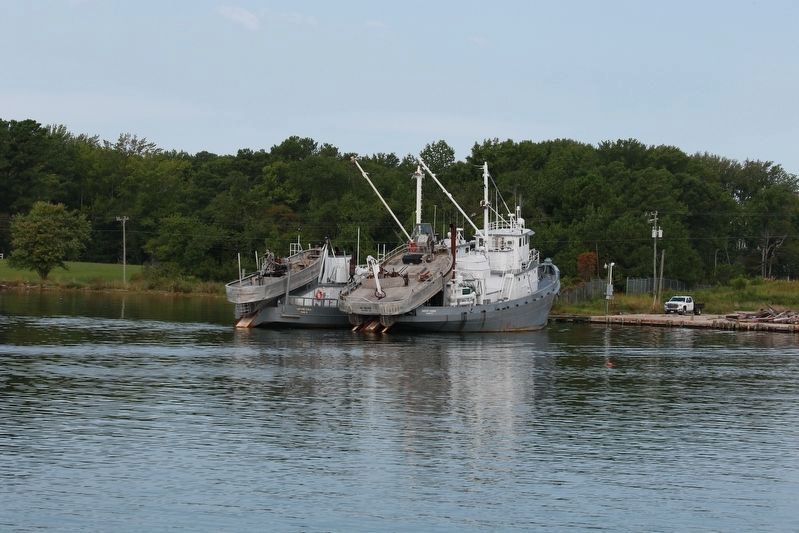 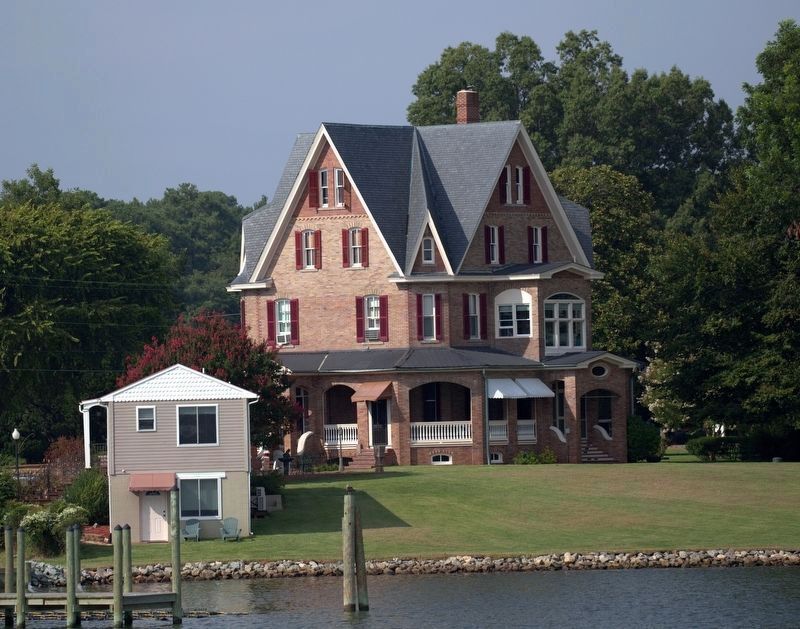