— On the Trail, North of Fort Hamilton — 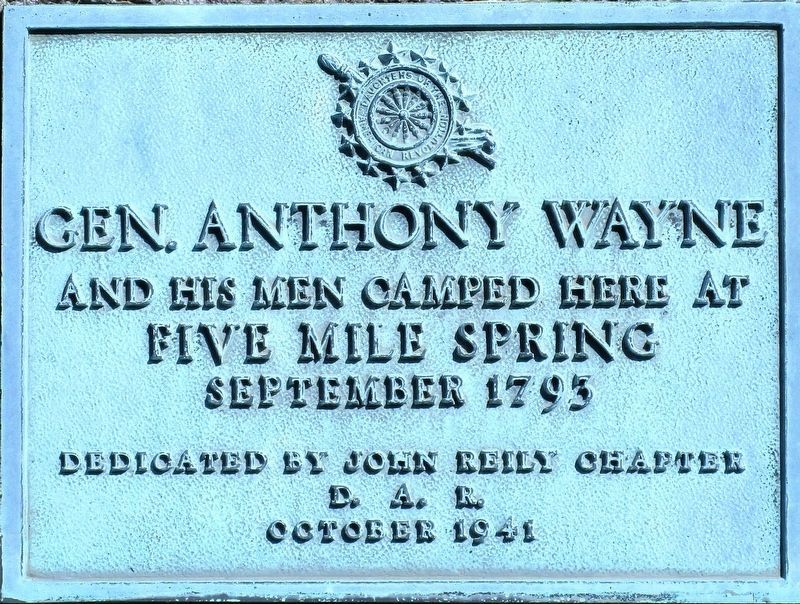 Photographed By Rev. Ronald Irick, September 13, 2016
1. Gen. Anthony Wayne Marker
Inscription.
Gen. Anthony Wayne and his men camped here at Five Mile Spring September 1793 . This historical marker was erected in 1941 by Daughters of the American Revolution. It is Near Hamilton in Butler County Ohio

Erected 1941 by Daughters of the American Revolution.

Topics and series. This historical marker is listed in this topic list: Wars, US Indian. In addition, it is included in the Daughters of the American Revolution (DAR) series list.

Other nearby markers. At least 8 other markers are within 5 miles of this marker, measured as the crow flies. Seven Mile Academy Bell (approx. 0.7 miles away); Busenbark / Dr. Charles F. Richter (approx. 3.2 miles away); The Miami Canal (approx. 4.2 miles away); Champion Hamilton Mill (approx. 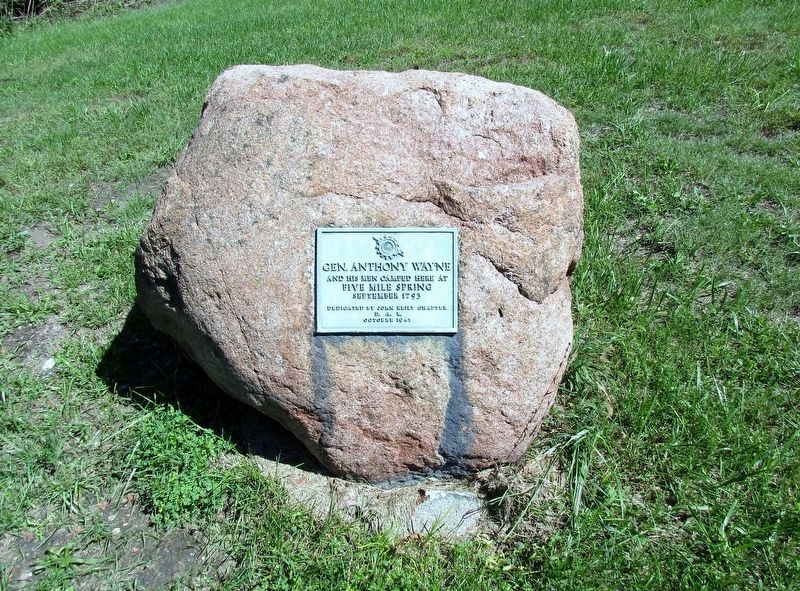 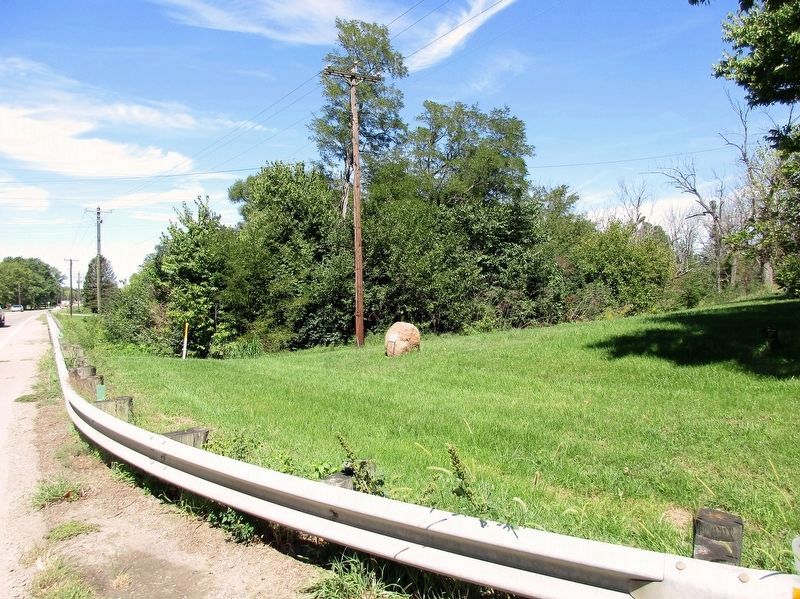 Photographed By Rev. Ronald Irick, September 13, 2016
3. Gen. Anthony Wayne Marker
Marker can be seen at a distance. The tree line is "Mutton Run". "Spring Road" intersects at the left, beyond the bridge. The spring is at the far right, in the trees. 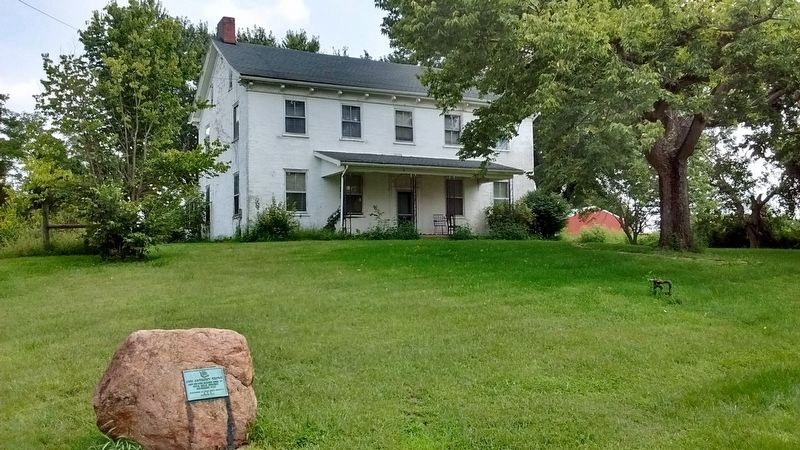 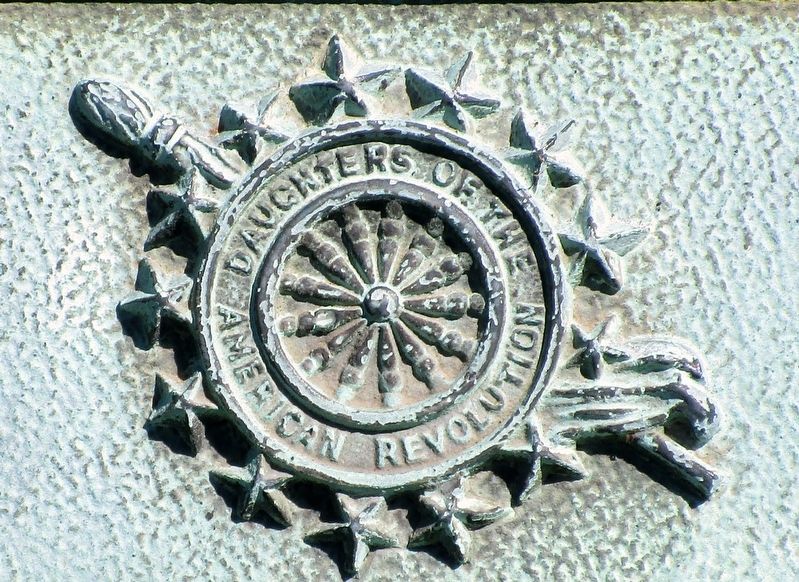