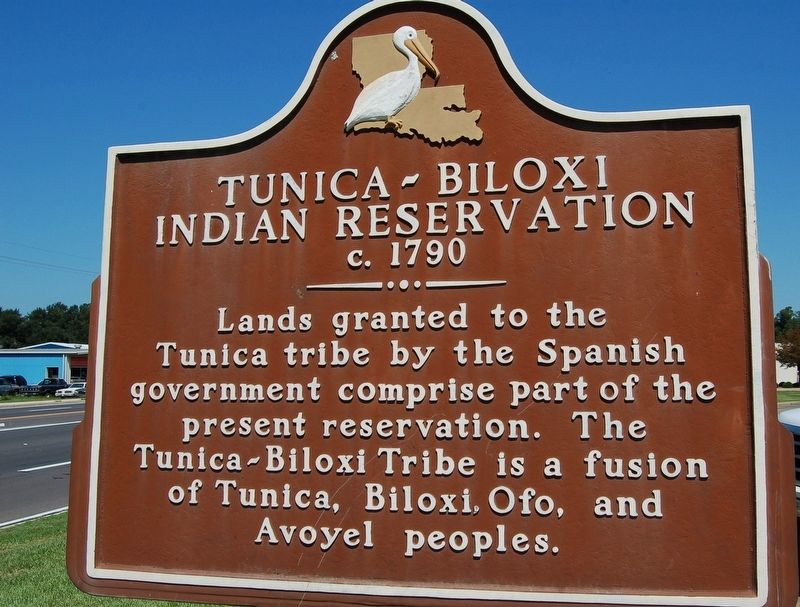 Lands granted to the Tunica tribe by the Spanish government comprise part of the present reservation. The Tunica-Biloxi Tribe is a fusion of the Tunica, Biloxi, Ofo, and Avoyel peoples.

Topics and series. This historical marker is listed in these topic lists: Native Americans • Settlements & Settlers. In addition, it is included in the Louisiana, Marksville Historical Markers Driving Tour series list. A significant historical year for this entry is 1790.

Location. 31° 6.623′ N, 92° 3.832′ W. Marker is in Marksville, Louisiana, in Avoyelles Parish. Marker is on Tunica Drive East (State Highway 1) north of Yuroni Trail, on the right when traveling north. Touch for map. Marker is at or near this postal address: 151 Melacon Drive, Marksville LA 71351, United States of America. Touch for directions. 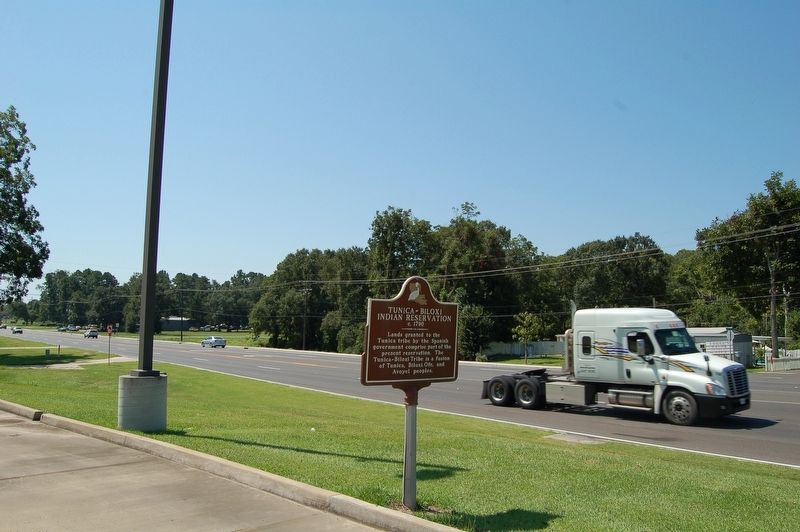 Click or scan to see
this page online
0.9 miles away); Presentation Convent Chapel (approx. 0.9 miles away); Avoyelles Parish Vietnam Memorial (approx. one mile away). Touch for a list and map of all markers in Marksville.