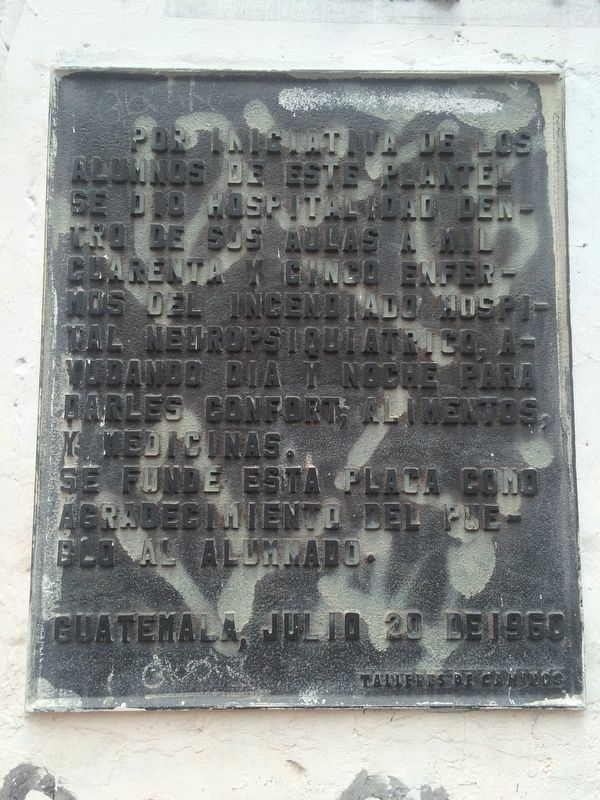 Photographed By J. Makali Bruton, August 6, 2016
1. Neuro-Psychiatric Hospital Fire in Guatemala City Marker
Inscription.
English translation: , Through the initiative of the student body of this school, hospitality and relief were given in these classrooms to one thousand forty-five patients driven from the burned Neuro-Psychiatric Hospital, helping them night and day with comfort, food and medicine. , This marker is given as tribute from the people to these students., Guatemala, July 20, 1960. , Transportation and Roads Workshop . This historical marker was erected in 1960. It is in Guatemala City in Guatemala