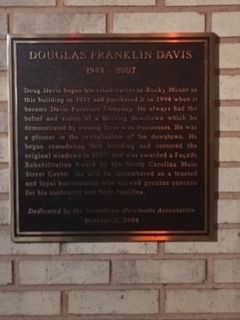 In 1977, Douglas Franklin Davis began his retail career in Rocky Mount. In 1994 he purchased the building and it became Davis Furniture Company. He always believed in a thriving downtown. He owned three area businesses. Davis was a pioneer in the revitalization of downtown and a christian man. Davis was awarded a Facade Rehabilitation Award by the North Carolina Main Street Center. Douglas Franklin Douglas will be remembered as a loyal business man showed his concern for his customers and families.

Other nearby markers. At least 8 other markers are within walking distance of this marker. Thelonious Monk (approx. ¼ mile away); The ACL 303 (approx. 0.3 miles away); 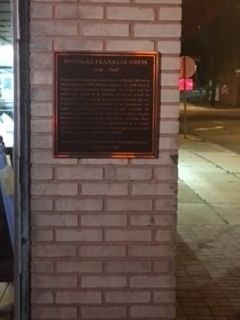