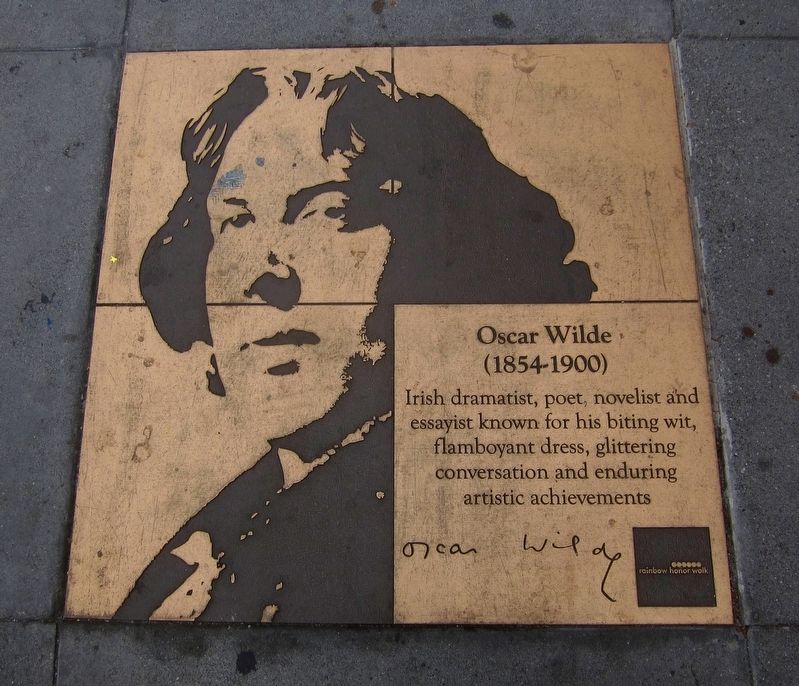 Topics and series. This historical marker is listed in this topic list: Arts, Letters, Music. In addition, it is included in the Rainbow Honor Walk series list. 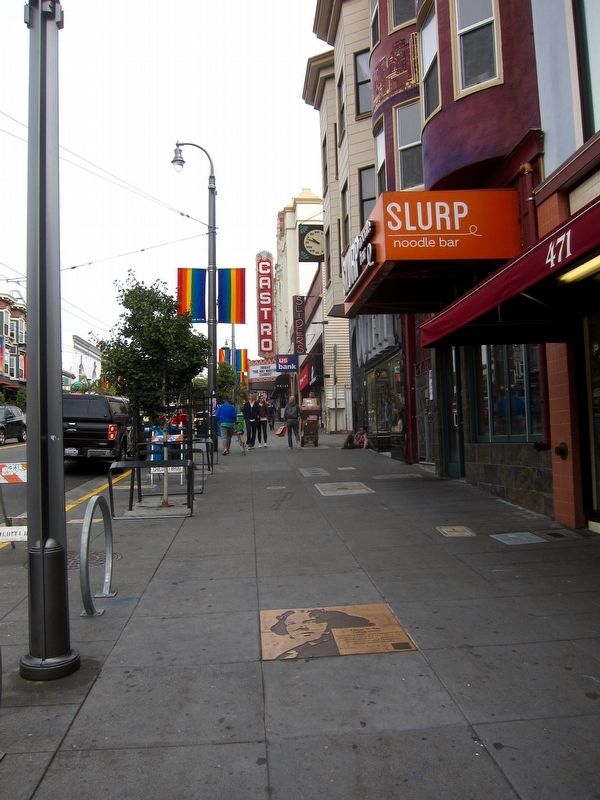 Click or scan to see
this page online
of this marker); Castro Street Historical Timeline (within shouting distance of this marker). Touch for a list and map of all markers in San Francisco.

More about this marker. This marker is a replacement, as the original version had attributed to Mr. Wilde a "bitting wit".

Also see . . .
1. Oscar Wilde (Offical Biography). (Submitted on September 23, 2016.)
2. Rainbow Honor Walk Honoree Bios. Irish playwright, poet, novelist, essayist who became one of London‘s most popular playwrights in the early 1890s. Today he is remembered for his epigrams, his many plays and wonderful short stories and the tragedy of his imprisonment. Known for his biting wit, flamboyant dress, and glittering conversation, he refined his ideas about the supremacy of art in a series of dialogues and essays and incorporated themes of decadence, duplicity, and beauty. At the height of his fame, after a series of trials, Wilde was convicted of gross indecency with other men and was imprisoned for two years and held to hard labour. (Submitted on September 23, 2016.) 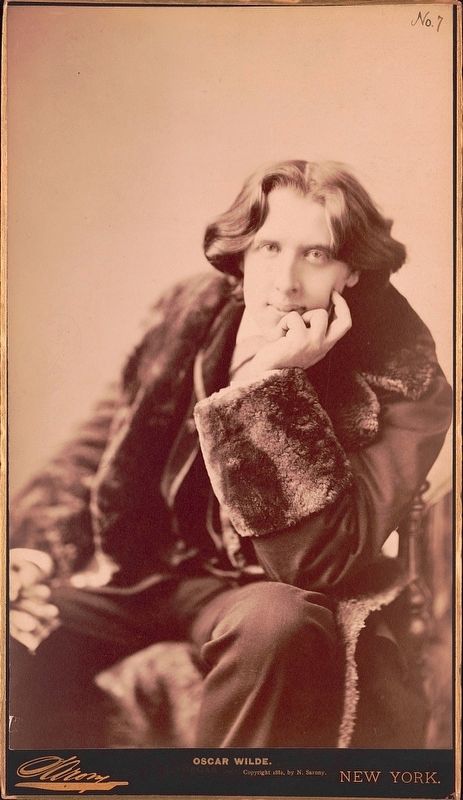