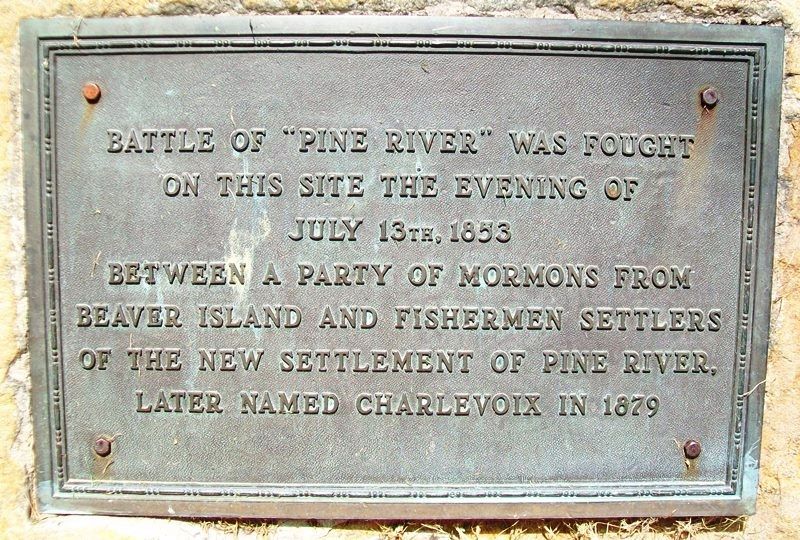 Battle of "Pine River" was fought
on this site the evening of
July 13th, 1853
between a party of Mormons from
Beaver Island and fishermen settlers
of the new settlement of Pine River.
Later named Charlevoix in 1879

Topics. This historical marker is listed in this topic list: Settlements & Settlers. A significant historical date for this entry is July 13, 1853. 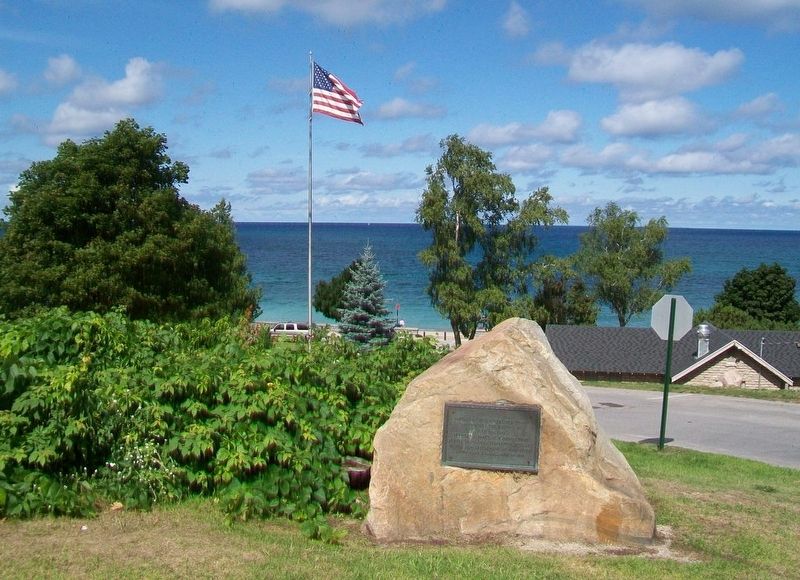