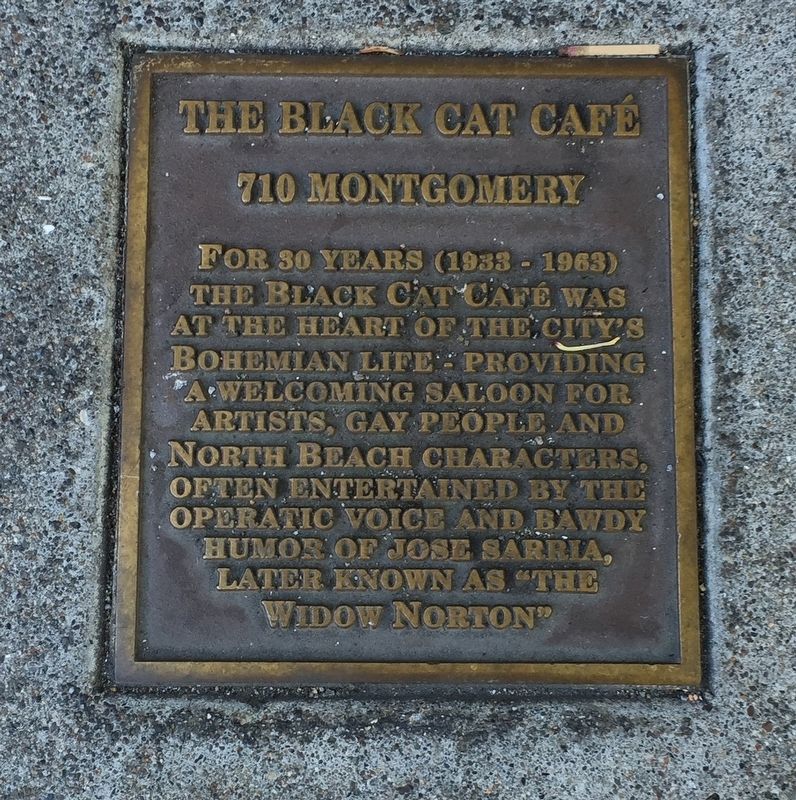 For 30 years (1933-1963) The Black Cat Café was at the heart of the City’s Bohemian life – providing a welcoming saloon for artists, gay people and North Beach characters, often entertained by the operatic voice and bawdy humor of Jose Sarria, later known as “The Widow Norton” 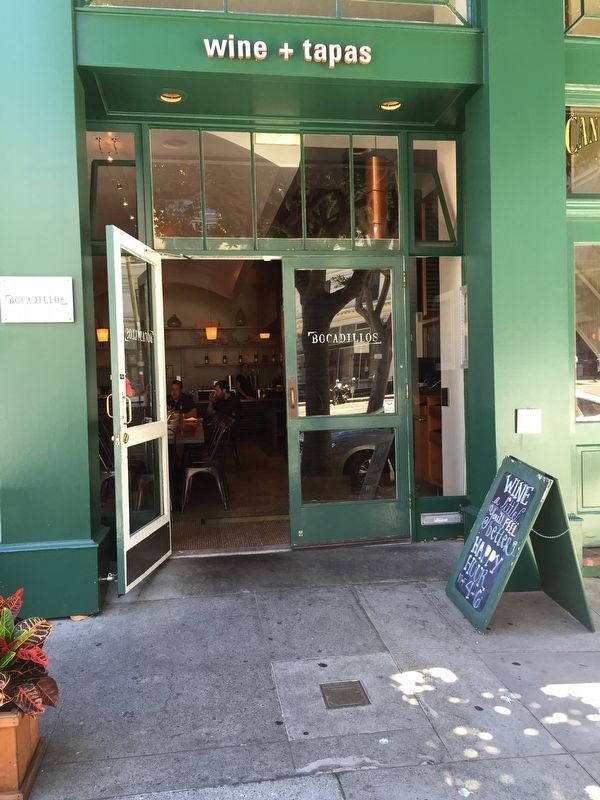 More about this marker. The marker is set into the sidewalk and is relatively small, and is thus difficult to see from any distance.

Also see . . .
1. José Sarria at The Black Cat. The GLBT Historical Society presents a 2-minute clip of Sarria performing at the Black Cat. Note that the clip was shot on 8mm film and the sound is abysmal. (Submitted on September 24, 2016.)

2. How the Black Cat Café Launched Gay San Francisco (Thinkwalks). "The Black Cat was by far the best place for a wild drunk that an adventurer could hope for, but the place changed hands and the new owner encouraged the fruit and the place went to hell." — Henry Evans in Bohemian San Francisco (1955)

The Black Cat Café was a bar, a dance hall, and a revolutionary seed in the lumpy cultural soils of San Francisco. At a time when the Castro District was a blue-collar, family-oriented neighborhood, the legal right to operate a "gay business" was won for the first time right here at 710 Montgomery Street. The straight owner fought all the way to the California Supreme Court (1951) to keep his liquor license.

This is where the drag queen Imperial Court, still active today, was birthed. This is the Bohemian Bar in Kerouac's book On the Road. This is the place where writers and artists, bohemians and beatniks gathered, partied and schemed for thirty years.... (Submitted on September 24, 2016.)