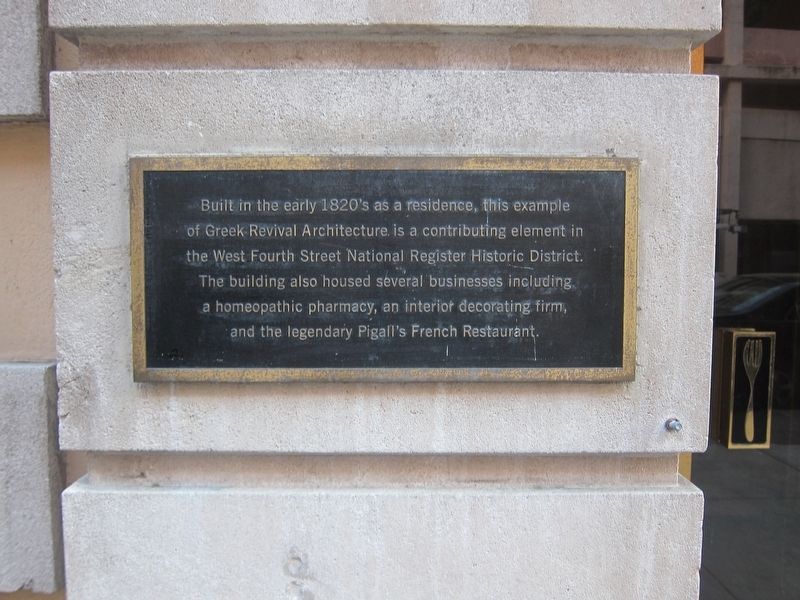 Built in the 1820's as a residence, this example of Greek Revival Architecture is a contributing element to the West Fourth Street National Register Historic District. The building also housed several businesses, including a homeopathic pharmacy, an interior decorating firm, and the legendary Pigall's French Restaurant.


Topics. This historical marker is listed in this topic list: Industry & Commerce.

Other nearby markers. At least 8 other markers are within walking distance of this marker. The Burnet House (about 800 feet away, measured in a direct line); The First High Rise Concrete Frame Building in the United States (about 800 feet away); Cincinnati Fire Fighters (approx. 0.2 miles away); The Berlin Wall (approx. ¼ mile away); First National Correctional Congress / Declaration of Principles of 1870 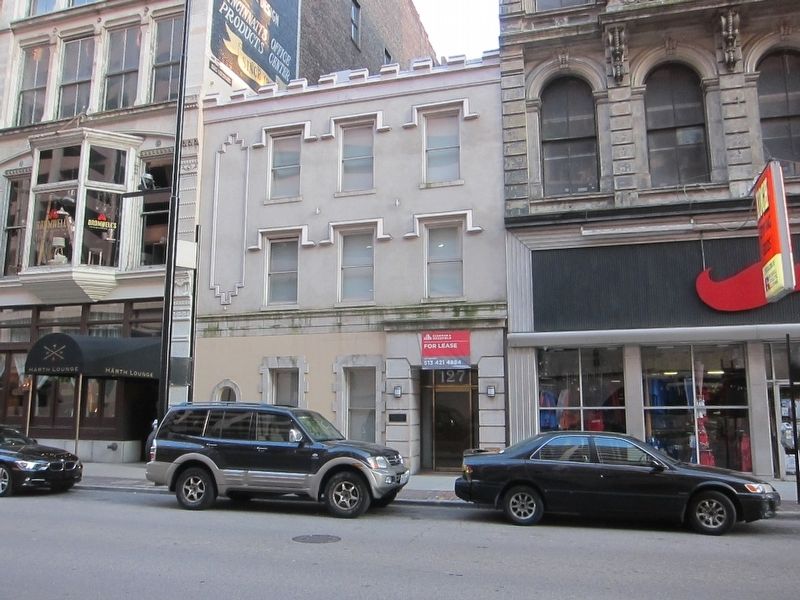 By Andrew Ruppenstein, April 25, 2016
2. Greek Revival Architecture Example Marker - Wide View
The marker is visible here just to the left of the entrance.