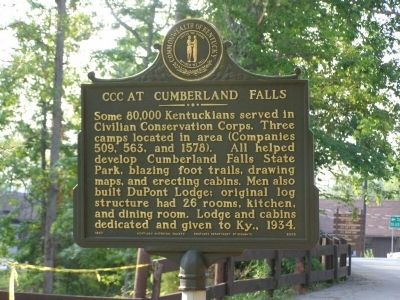 Topics and series. This historical marker is listed in these topic lists: Charity & Public Work • Notable Events. In addition, it is included in the Civilian Conservation Corps (CCC) 🏞️, and the Kentucky Historical Society series lists. A significant historical year for this entry is 1934.

Location. 36° 50.405′ N, 84° 20.374′ W. Marker is in Corbin, Kentucky, in Whitley County. Marker is at the intersection of Kentucky Route 90, on the right when traveling west on State Route 90. Located at the entrance to Cumberland Falls Lodge. Touch for map. Marker is 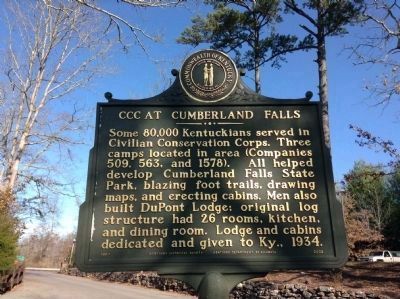 Click or scan to see
this page online
at or near this postal address: 7351 Highway 90, Corbin KY 40701, United States of America. Touch for directions. 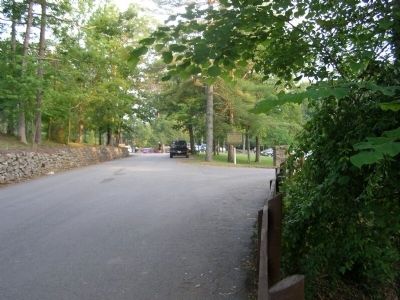 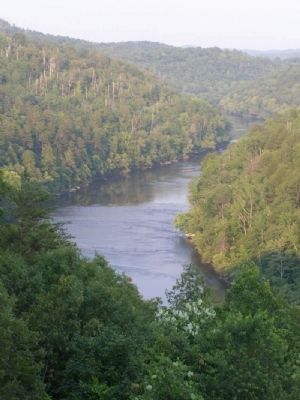