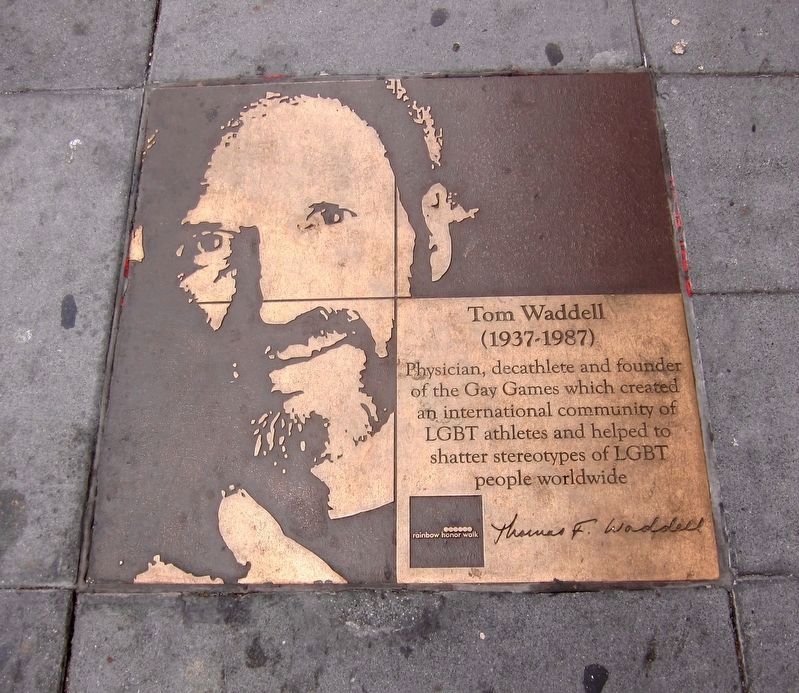 Photographed By Andrew Ruppenstein, September 9, 2016
1. Tom Waddell Marker
Inscription.
Tom Waddell. Physician, decathlete and founder of the Gay Games which created an international community of LGBT athletes and helped to shatter stereotypes of LGBT people worldwide,
Thomas F. Waddell. . This historical marker was erected in 2014 by Rainbow Honor Walk. It is in San Francisco in San Francisco City and County California

Physician, decathlete and founder of the Gay Games which created an international community of LGBT athletes and helped to shatter stereotypes of LGBT people worldwide

Topics and series. This historical marker is listed in this topic list: Sports. In addition, it is included in the Rainbow Honor Walk series list. 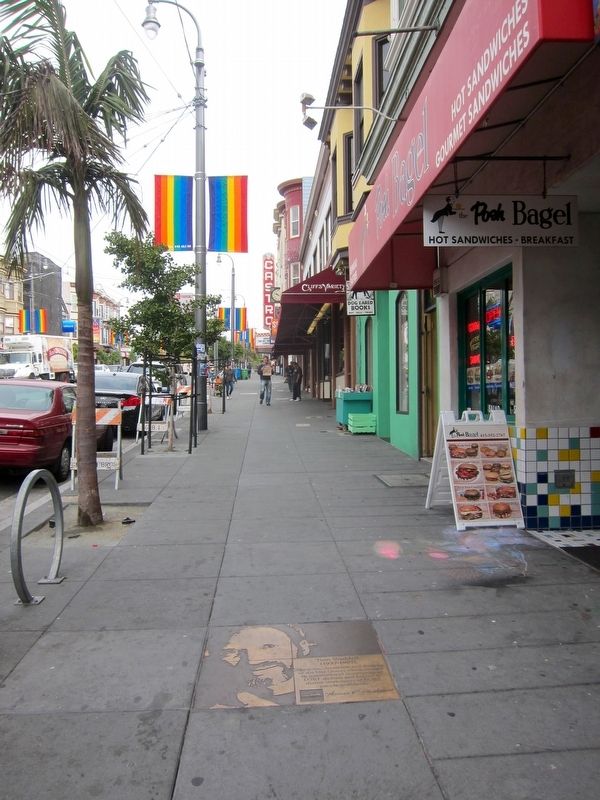 Also see . . .
1. Story of man behind the Gay Games (ESPN, 8/8/2014). (Submitted on September 24, 2016.)
2. Tom Waddell Bio, Stats, and Results (sports-reference.com). ...Waddell had known of his homosexual leanings in high school and in the early 1970s, after his athletics career ended, he settled in San Francisco, and explored his sexuality fully. He had several long-term relationships, but he is best known for starting the Gay Olympics in 1982, which had to be changed to the Gay Games, after the USOC protested the use of Olympic in the games' name. Waddell won the 1986 Gay Games javelin throw title. Waddell was well-known as a gay activist, and a medical clinic in the Mission District of San Francisco has been named for him. He died of AIDS in 1987, one of the first Olympians to succumb to that disease. A biography of him was written by Dick Schaap, entitled Gay Olympian. Schaap wrote of him, "He may have been the impressive human being I ever met. Certainly, he was the most impressive athlete." (Submitted on September 25, 2016.)