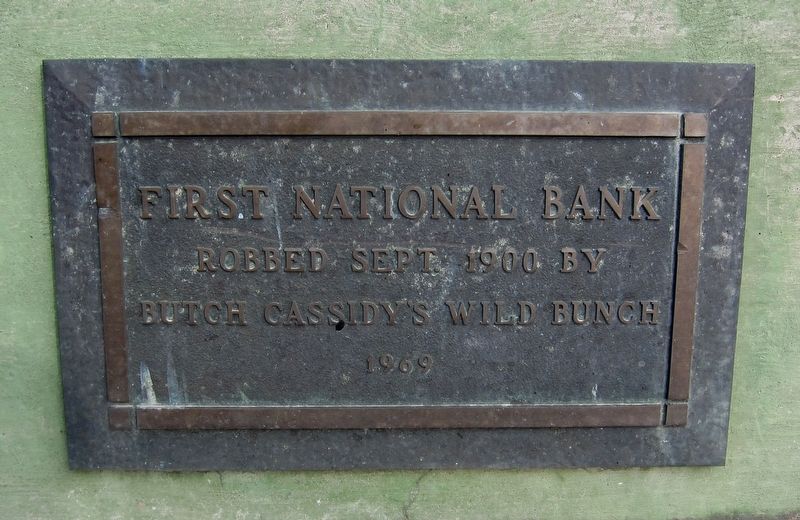 Topics. This historical marker is listed in this topic list: Notable Events. A significant historical month for this entry is September 1900. 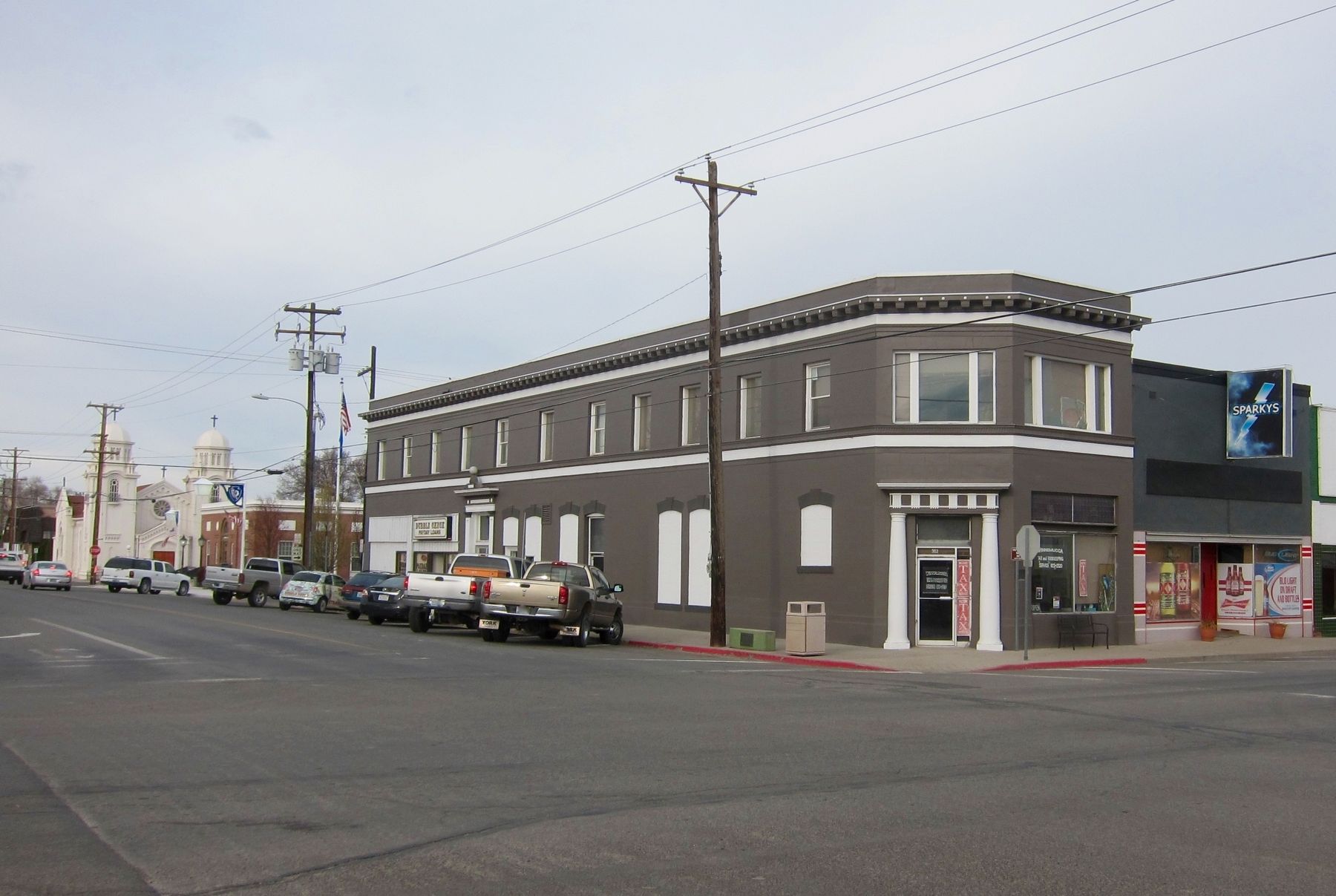 Photographed By Andrew Ruppenstein, March 21, 2016
2. Butch Cassidy's Wild Bunch Bank Robbery Marker - Wide View
The marker is visible here mounted to a low green concrete monument on the corner, just in front of the building that was formerly the First National Bank.

Click or scan to see
this page online
(approx. 0.2 miles away); Pioneer Memorial Park (approx. 0.6 miles away). Touch for a list and map of all markers in Winnemucca.