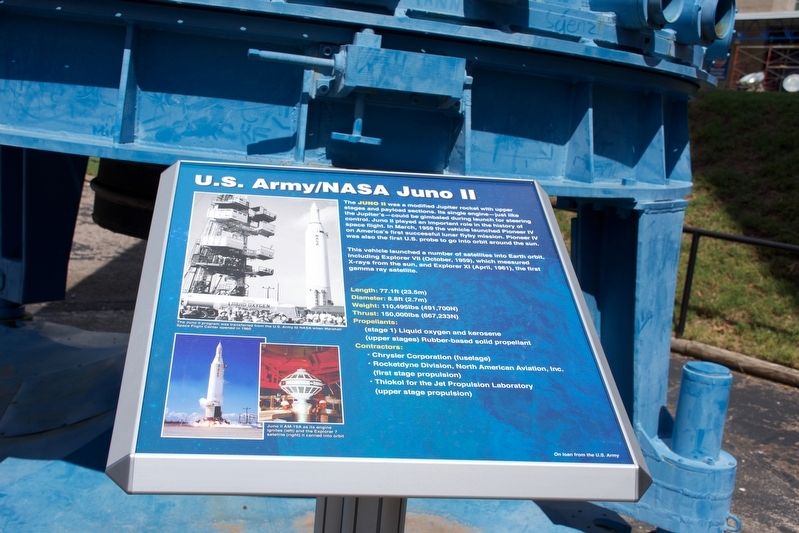 The Juno II was a modified Jupiter rocket with upper stages and payload sections. Its single engine-just like the Jupiter's-could be gimbaled during launch for steering control. Juno II played an important role in the history of space flight. In March, 1959 the vehicle launched Pioneer IV on America's first successful lunar flyby mission. Pioneer IV was also the first U. S. probe to go into orbit around the sun.

This vehicle launched a number of satellites into Earth orbit, including Explorer VII (October, 1959), which measured X-rays from the sun, and Explorer XI (April, 1961), the first gamma ray satellite.

Topics. This historical marker is listed in these topic lists: Air & Space 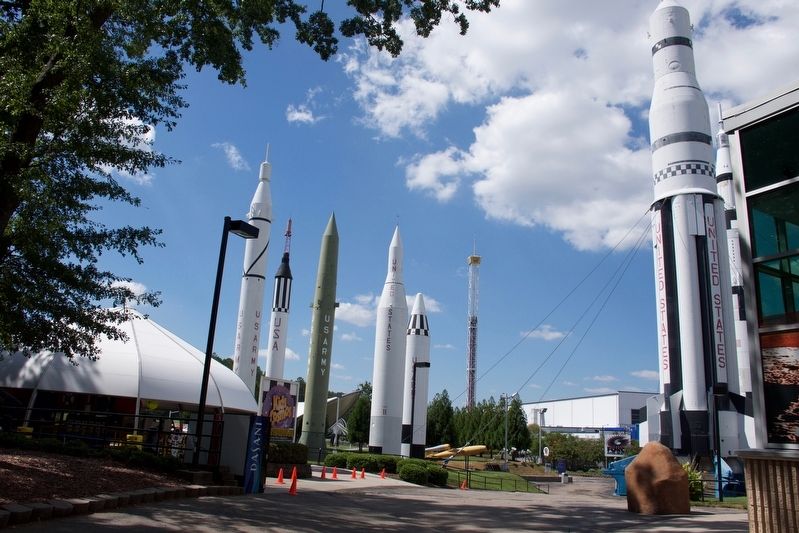 Click or scan to see
this page online
• Exploration. A significant historical month for this entry is March 1959.

Location. 34° 42.626′ N, 86° 39.251′ W. Marker is in Huntsville, Alabama, in Madison County. Marker can be reached from Tranquility Base, half a mile west of Madison Pike, on the left when traveling west. Touch for map. Marker is at or near this postal address: 1 Tranquilty Base, Huntsville AL 35805, United States of America. Touch for directions.