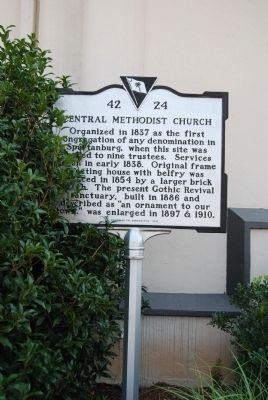 Organized in 1837 as the first congregation of any denomination in Spartanburg, when this site was deeded to nine trustees. Services began in early 1838. Original frame meeting house with belfry was replaced in 1854 by a larger brick church. The present Gothic Revival sanctuary, built in 1886 and described as "an ornament to our town," was enlarged in 1897 & 1910.

Topics. This historical marker is listed in this topic list: Churches & Religion. A significant historical year for this entry is 1837. 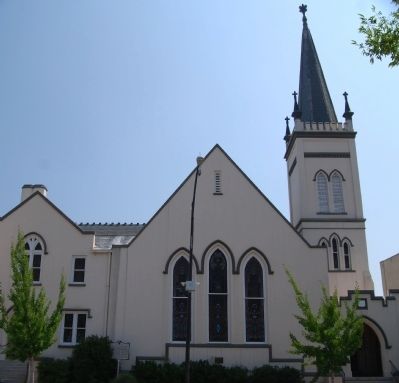 Also see . . .
1. Central Methodist Church. This Gothic Revival sanctuary, constructed in 1885-86 with substantive alterations in 1896-97, 1909-10, and 1930, is an excellent example of late nineteenth and early twentieth century interpretations of the Gothic Revival style and is associated with some of the most prominent architects of South Carolina and the Southeast during the period. (Submitted on August 2, 2008, by Brian Scott of Anderson, South Carolina.) 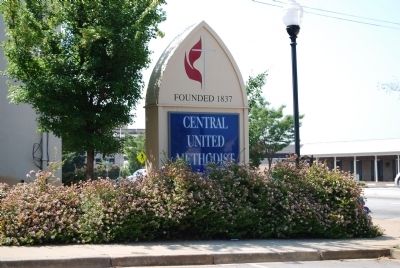