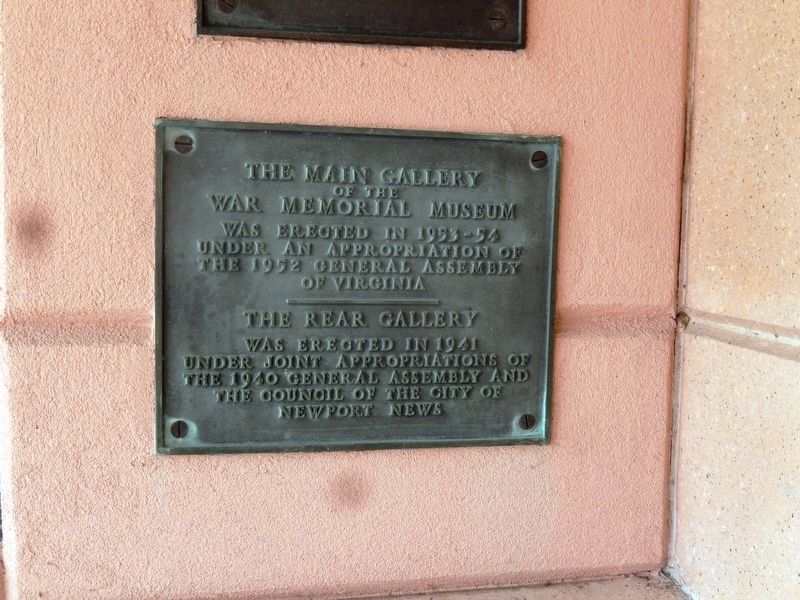 By Don Morfe, September 21, 2016
1. Virginia War Museum Marker
Inscription.
Virginia War Museum. . The main gallery of the War Memorial Museum was erected in 1953-54 under an appropriation of the 1952 General Assembly of Virginia . . The rear gallery was erected in 1941 under the Joint Appropriations of the 1940 General Assembly and the Council of the City of Newport News . This memorial is in South Newport News in Newport News Virginia

Location. 37° 1.174′ N, 76° 27.214′ W. Marker is in South Newport News in Newport News, Virginia. Memorial can be reached from Kawana Circle west of Warwick Boulevard (U.S. 60), on the right when traveling south. The marker is located in Huntington Park on the wall to the entrance to the War Musuem. Touch for map. Marker is at or near this postal address: 9285 Warwick Blvd, Newport News VA 23607, United States of America. Touch for directions. 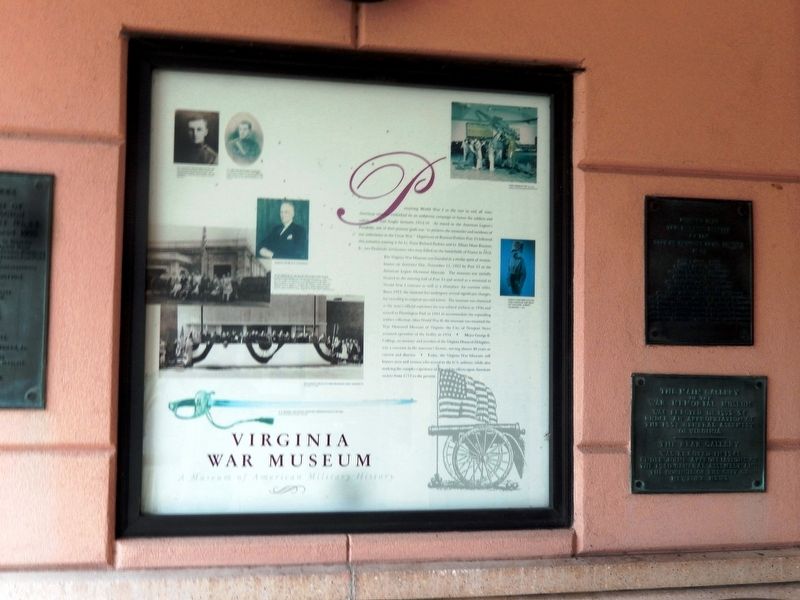 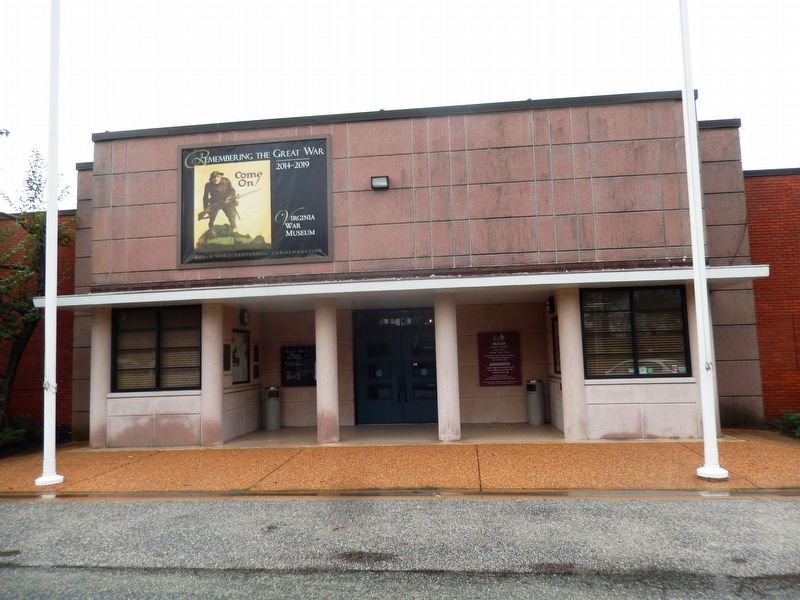 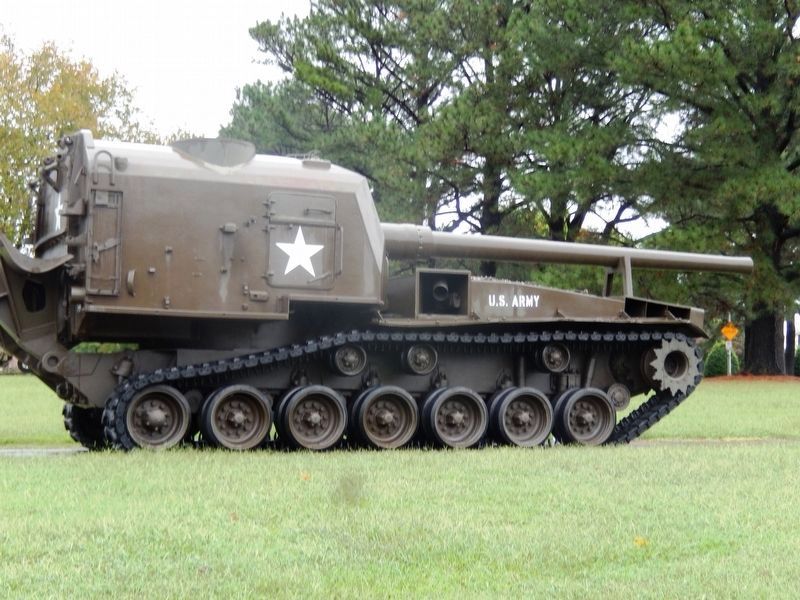 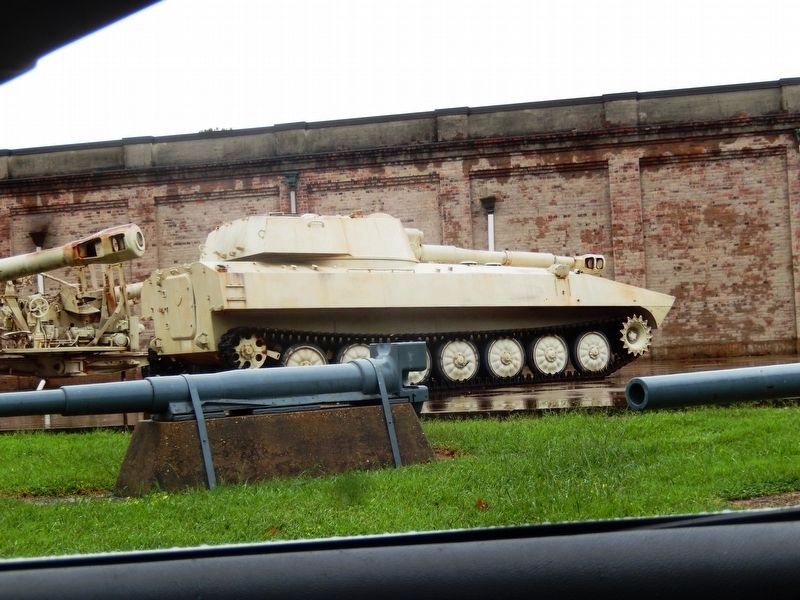 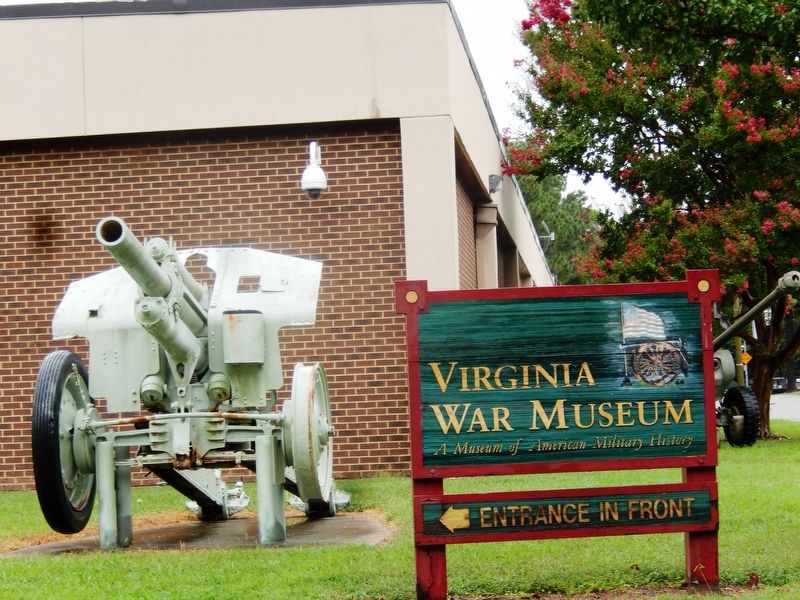