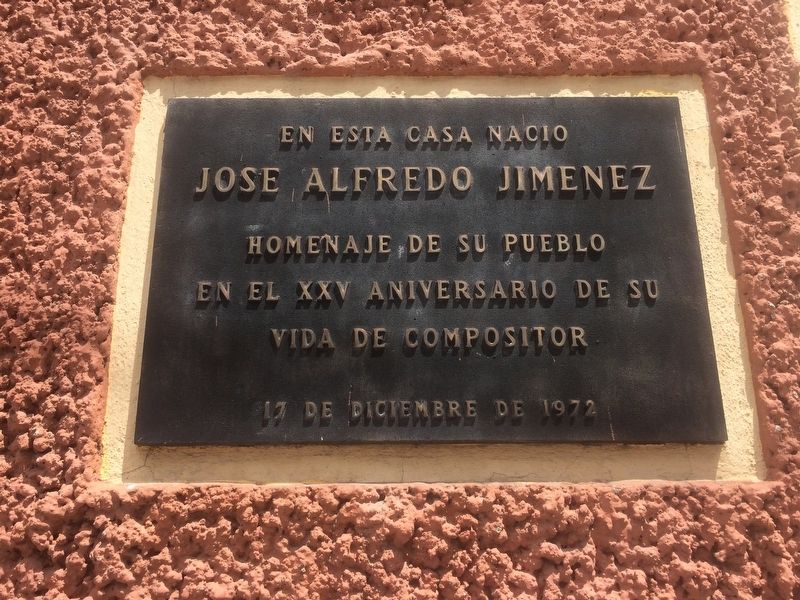 Photographed By J. Makali Bruton, October 1, 2016
1. Birthplace of José Alfredo Jiménez Marker
Inscription.
English translation:
In this house was born José Alfredo Jiménez Tribute from this, his hometown, on the 25th anniversary of his life as a musician December 17, 1972. . This historical marker was erected in 1972. It is in Dolores Hidalgo Guanajuato Mexico