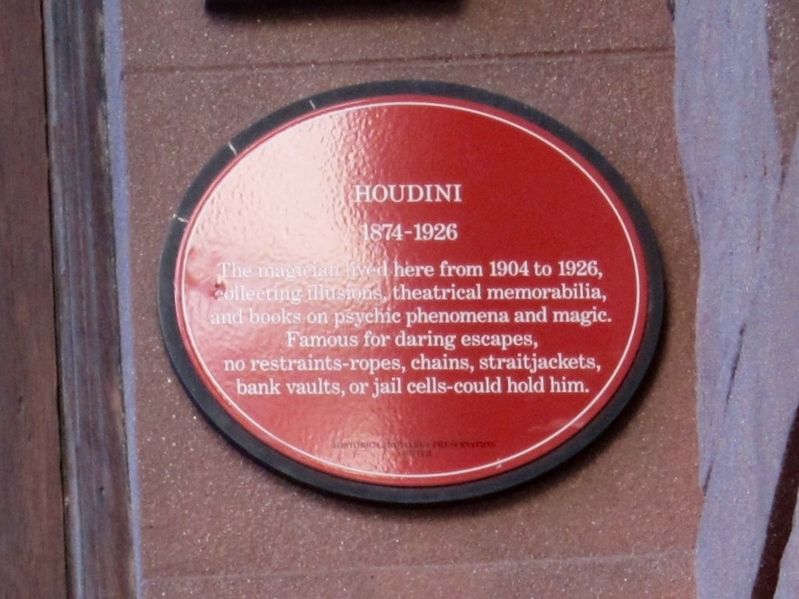 The magician lived here from 1904 to 1926, collecting illusions, theatrical memorabilia, and books on psychic phenomena and magic.

Other nearby markers. At least 8 other markers are within walking distance of this marker. Lafayette-Washington (about 700 feet away, measured in a direct line); Frederick Douglass (about 800 feet away); Seligman Fountain (approx. 0.2 miles 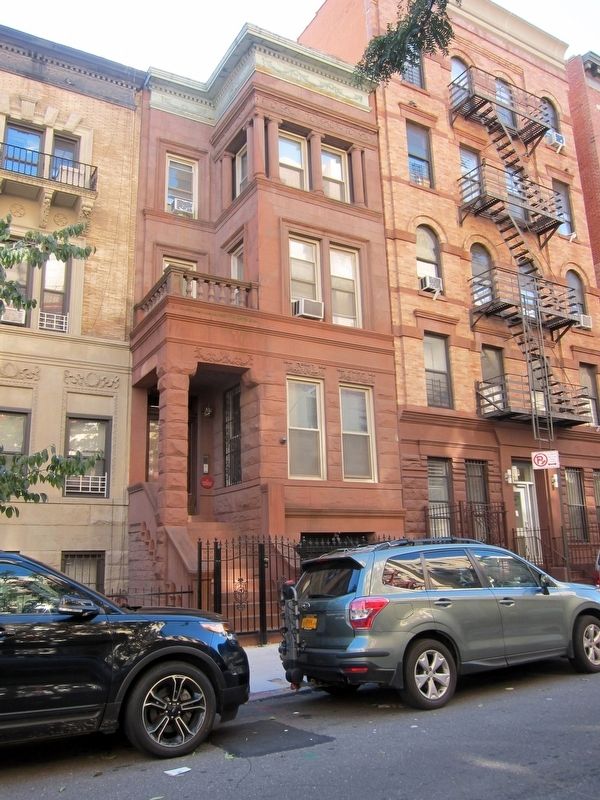 Photographed By Andrew Ruppenstein, October 4, 2016
2. Houdini Marker - Wide View
The marker is visible here at the top of the landing.

More about this marker. The marker is at the top of the landing of a gated brownstone, and so is only visible from a distance.

Also see . . .  The Great Harry Houdini. Houdini- His Life and Art entry:
Harry Houdini was born on March 24, 1874 in Budpest, Hungary, with the name of Ehrich Weisz. He was one of six children and the son of Rabbi Mayer Weisz and his second wife, Cecilia Steiner. In 1876, Mayer Weisz immigrated to the United States with the dream of a better life. He found work as a rabbi and changed his last name to Weiss. In 1876, the remainder of the family joined him in the United States.... (Submitted on October 6, 2016.) 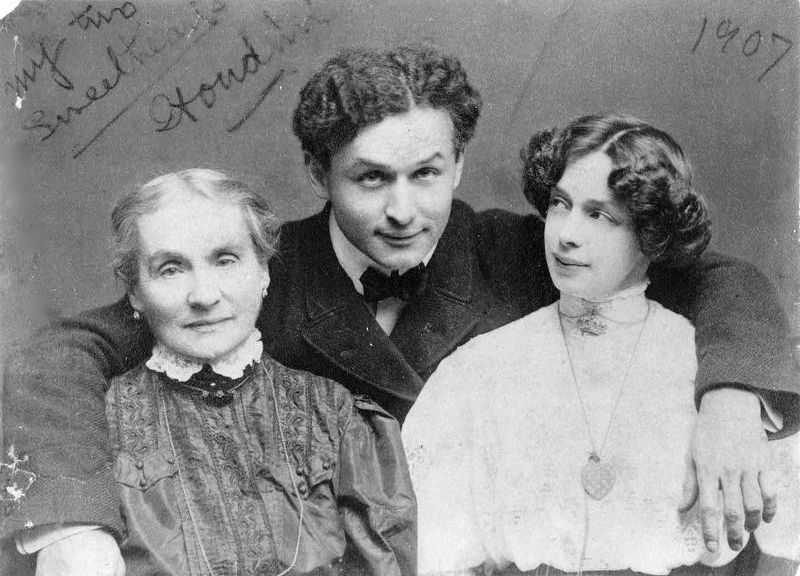