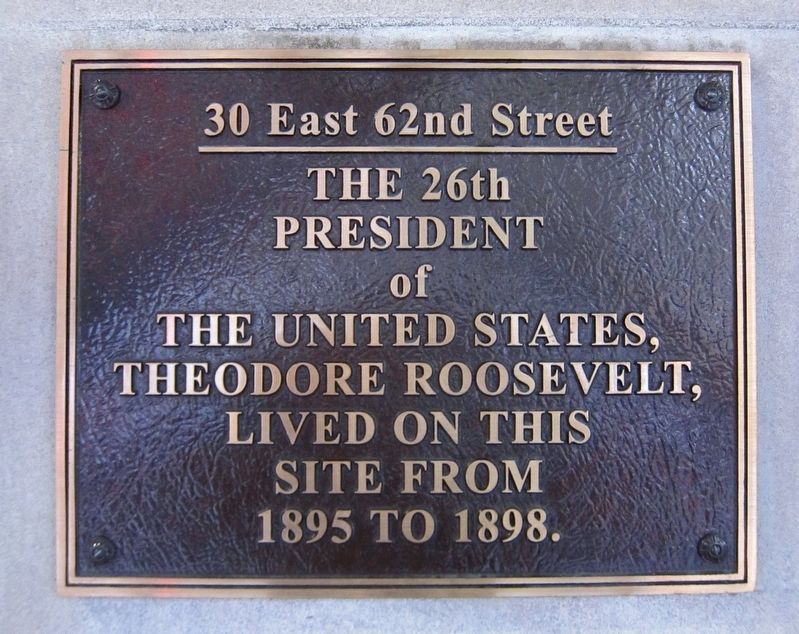 Topics and series. This historical marker is listed in this topic list: Government & Politics. In addition, it is included in the Former U.S. Presidents: #26 Theodore Roosevelt series list. A significant historical year for this entry is 1895. 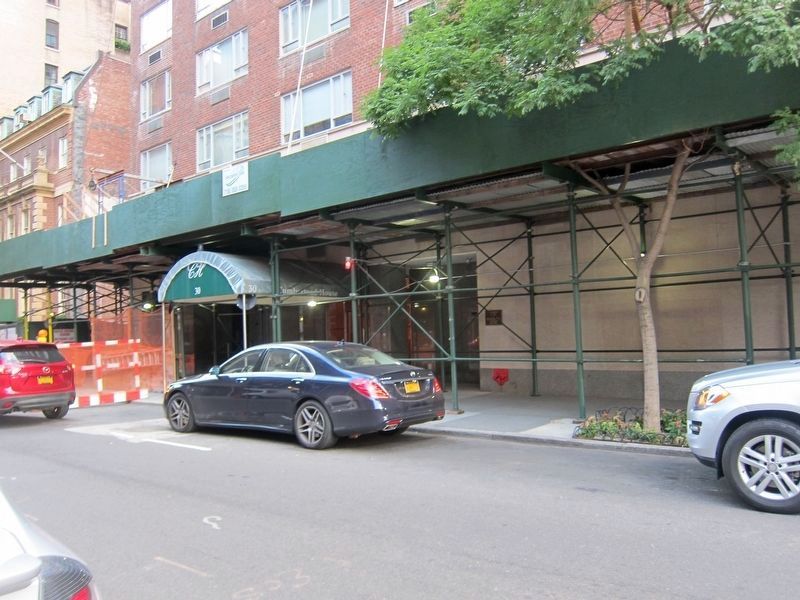 Photographed By Andrew Ruppenstein, October 4, 2016
2. Theodore Roosevelt Lived Here Marker - Wide View
The marker is visible here beneath the scaffolding, to the right of the doorway.

More about this marker. The marker is attached to the side of the Cumberland House, which was built in 1958, and so is not the actual building in which Roosevelt lived.

New York World-Telegram and the Sun Newspaper Photograph Collection (Library of Congress), circa 1896
3. Theodore Roosevelt When he was a New York Police Commissioner 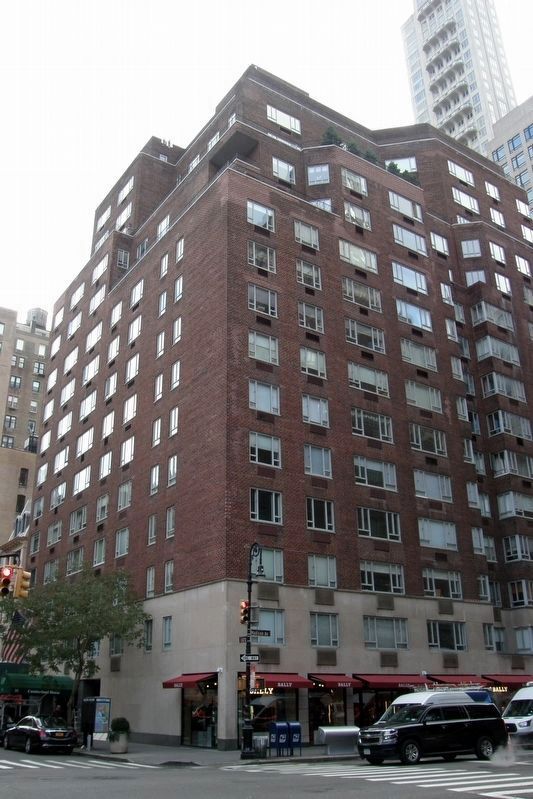