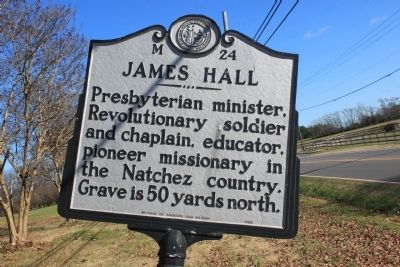 By Jamie Cox, December 23, 2011
1. James Hall Marker
Inscription.
James Hall. . Presbyterian minister, Revolutionary soldier and chaplain, educator, pioneer missionary in the Natchez country. Grave is 50 yards north. . This historical marker was erected in 1982 by Division of Archives and History. It is Near Statesville in Iredell County North Carolina

Erected 1982 by Division of Archives and History. (Marker Number M-24.) 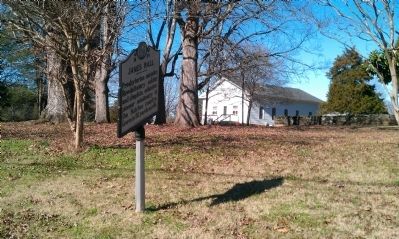 Regarding James Hall. Inscription on Tombstone:
Beneath this stone are deposited the remains of
The Rev. JAMES HALL D.D.
who departed this life July 25th 1826
in the 82nd year of his age.

For 12 years he sustained the office of Pastor to the united congregations of Fourth Creek Concord & Bethany and for 26 years to that of Bethany alone. He was a man of science as well as of piety and for his extensive labors in the cause of his Divine Master as well as for his great usefulness as a Preceptor of youth his memory is embalmed in the hearts of his people.

The pains of death are past.
Labor & sorrow cease.
And life-long warfare closed at last
his soul is found in peace.
Soldier of Christ well done
Praise be thy new employ
And while eternal ages run
rest in thy Savior’s joy. 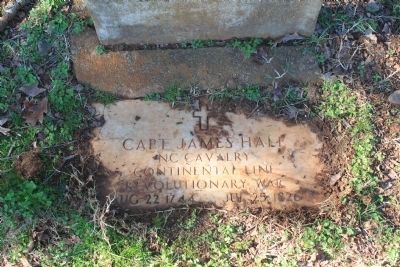 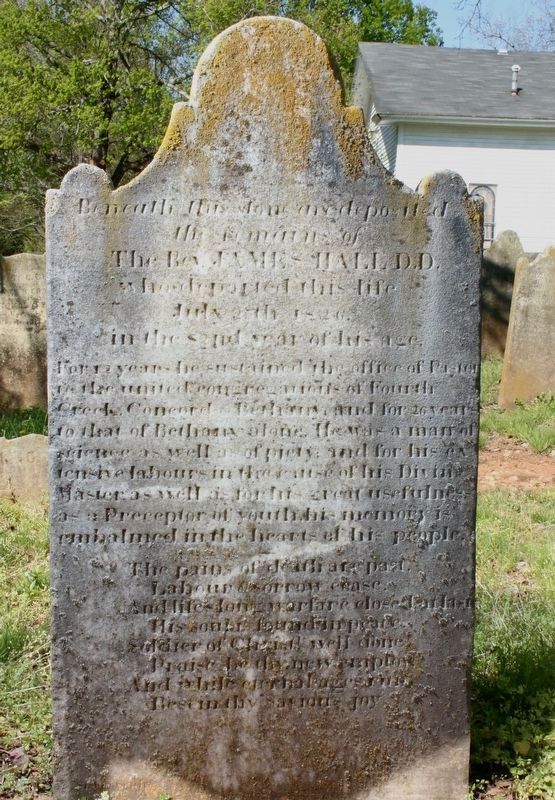