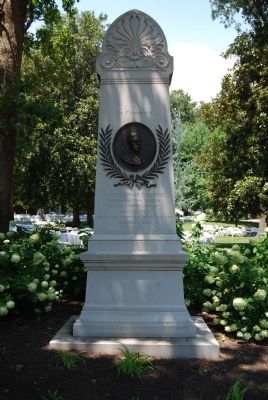 Photographed By Brian Scott, August 2, 2008
1. Dexter Edgar Converse Monument -
Front
Inscription.
Dexter Edgar Converse. In Memorium. [Front Inscription]:
Founder of this College Born in Swanton, Vermont April 21, 1829 Died in Spartanburg, South Carolina October 4, 1899. [Reverse Inscription]:
"Oh, it is great -- and there is no other greatness -- to make one nook of God's creation more fruitful. Better. More worthy of God; to make some human heart a little wiser, nobler, happier, more blessed.". . This historical marker was erected in 1900 by Trustees, Faculty and Students of Converse College. It is in Spartanburg in Spartanburg County South Carolina

[Reverse Inscription]:
"Oh, it is great -- and there
is no other greatness -- to make
one nook of God's creation more
fruitful. Better. More worthy
of God; to make some human
heart a little wiser, nobler,
happier, more blessed."

Erected 1900 by Trustees, Faculty and Students of Converse College.

Topics. This historical marker is listed in this topic list: Education. A significant historical month for this entry is April 1898.

Other nearby markers. At least 10 other markers are within walking distance of this marker. Converse College (a few steps from this marker); Converse Heights 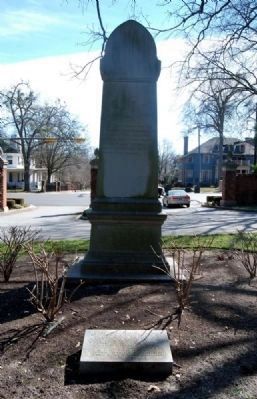 Regarding Dexter Edgar Converse. When Edgar Converse died in 1899, he was buried in front of Main Hall, as he had requested. Later Helen Converse had her husband's body re-interred in nearby Oakwood Cemetery. [Founder's Monument] was placed just inside the main entrance to the college. (Source: Converse College by Jeffrey R. Willis (2001), pg 8.) 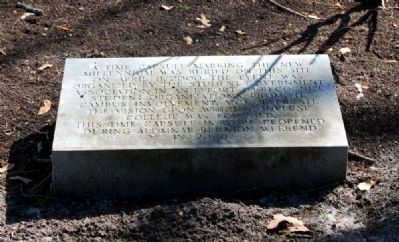 Photographed By Brian Scott, February 14, 2011
3. Converse Time Capsule Marker
A time capsule marking the new
millennium was buried on this site
on April 11, 2000. The event was
organized by the Student Government
Association in an effort to recognize
student organizations, promote
campus involvement, and celebrate
the vision upon which Converse
College was founded.
This time capsule is to be opened
during Alumni Reunion Weekend
in 2050.

2. Wikipedia entry for Converse College. Converse is a is a liberal arts women's college in Spartanburg, South Carolina. (Submitted on August 3, 2008, by Brian Scott of Anderson, South Carolina.)

Additional commentary.
1. Biography of Dexter Edgar Converse
Converse was born in Swanton, Vermont, the son of Olin and Louisa Converse. He was a direct descendent of Edmund Converse who arrived in 1630 with Governor Winthrop of Massachusetts. His father was a woolen manufacturer, but died when Dexter was only three. An uncle in Canada, who was also in the woolen business, raised him. At age 21, he accepted a position in a cotton mill in Cohoes, NY owned by another uncle, Winslow Twichell. While there he fell in love with a cousin, Helen Twichell, and married. At age 26, they moved to Lincolnton, NC to accept the position of superintendent. He left within the year in February 1855 to move to Bivingsville (now Glendale), SC. Unfortunately, the mill was failing, but that brought an opportunity to become part owner in a bankruptcy sale. His claim to fame was his civic spirit, which made him invaluable to the Spartanburg community. During the War Between the States, many people feared the loyalty of this Yankee, so he and his brother-in-law, 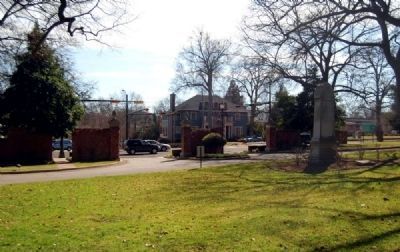 Photographed By Brian Scott, February 14, 2011
4. Dexter Edgar Converse Monument - Reverse
Converse Entry Gate in Background
Albert Twichell, enlisted in the Confederate Army. However, his employees asked him to reconsider and eventually both stayed on to run the mill and produce fabric for the Confederate Army. He started D.E. Converse Co. or Glendale Mills in 1866. In 1880, Converse, with associates, formed the Clifton Manufacturing Co., which eventually grew to include three mills. He and his family remained in Glendale until 1891 when he relocated his family to Spartanburg, where had become interested in establishing a college of women that became Converse College (1889). Twichell Auditorium, named for his wife’s family, remained in constant use throughout the 20th century – hosting music concerts, recitals and meetings. He died in 1899. At his death, he was a stockholder in the Pacolet, Whitney and Spartan Mills.
— Submitted February 19, 2011, by Brian Scott of Anderson, South Carolina. 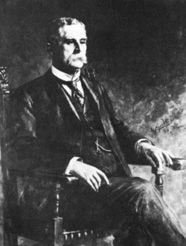