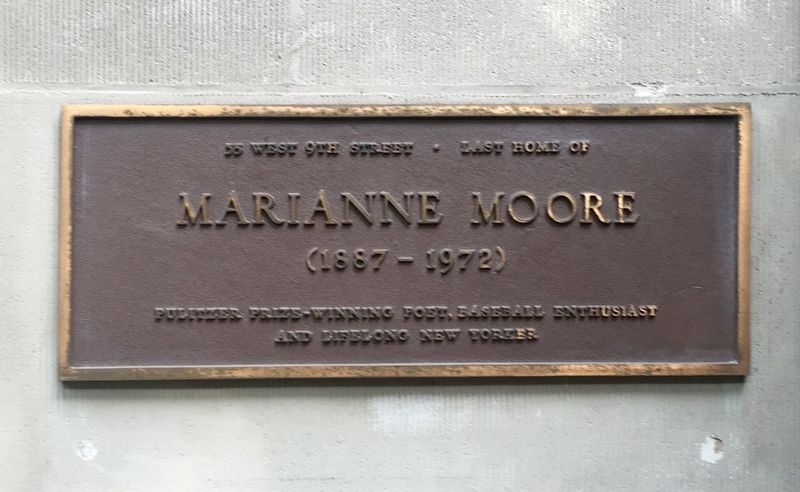 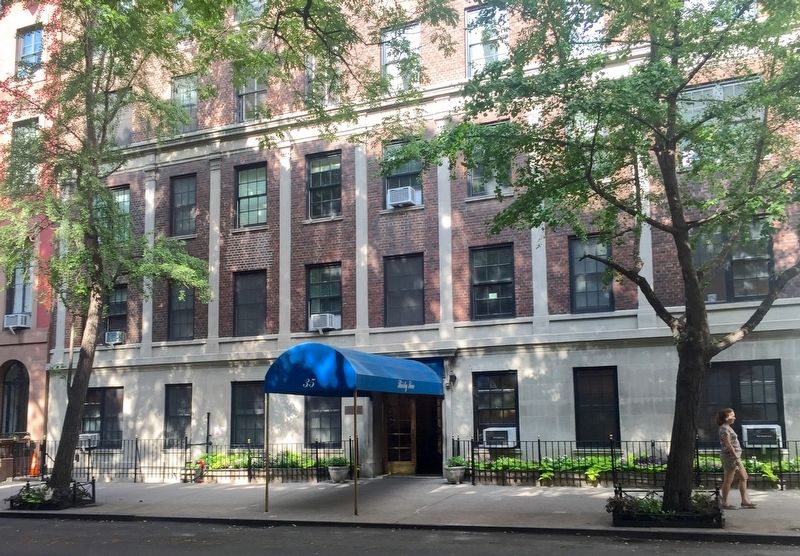 By Andrew Ruppenstein, October 3, 2016
2. Marianne Moore Marker - Wide View
The marker is visible here just to the left of the building entrance.

1. Marianne Moore. Poetry Foundation entry:
One of American literature’s foremost poets, Marianne Moore’s poetry is characterized by linguistic precision, keen and probing descriptions, and acute observations of people, places, animals, and art. Her poems often reflect her preoccupation with the relationships between the common and the uncommon, as well as advocate discipline in both art and life, and espouse restraint, modesty, and humor. She frequently used animals as a central image to emphasize themes of independence, honesty, and the integration of art and nature.... (Submitted on October 13, 2016.) 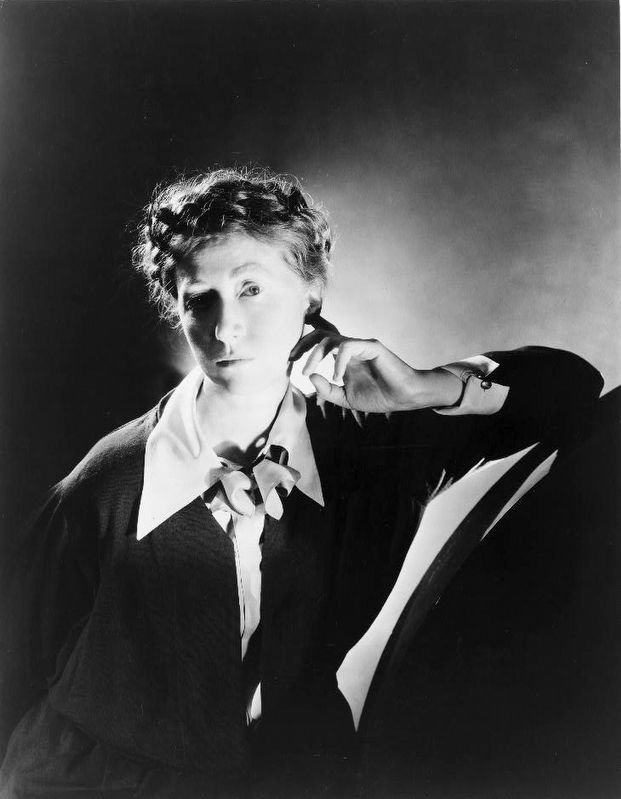