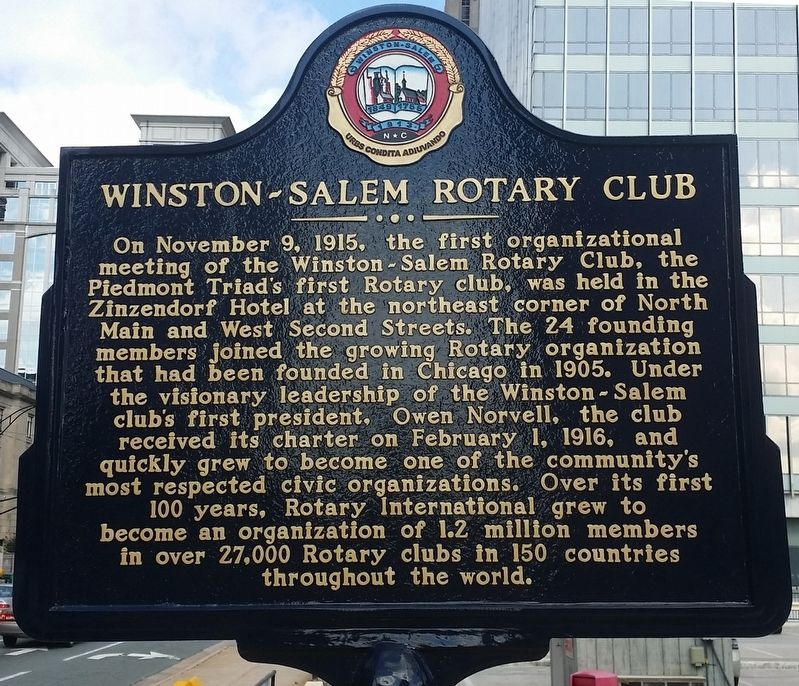 On November 9, 1915, the first organizational meeting of the Winston-Salem Rotary Club, the Piedmont Triad's first Rotary club, was held in the Zinzendorf Hotel at the northeast corner of North Main and West Second Streets. The 24 founding members joined the growing Rotary organization that had been founded in Chicago in 1905. Under the visionary leadership of the Winston-Salem club's first president, Owen Norvell, the club received its charter on February 1, 1916, and quickly grew to become one of the community's most respected civic organizations. Over its first 100 years, Rotary international grew to become an organization of 1.2 million members in over 27,000 Rotary clubs in 150 countries throughout the world.

Topics. This historical marker is listed in these topic lists: Charity & Public Work • Fraternal or Sororal Organizations. A significant historical date for this entry is November 9, 1915. 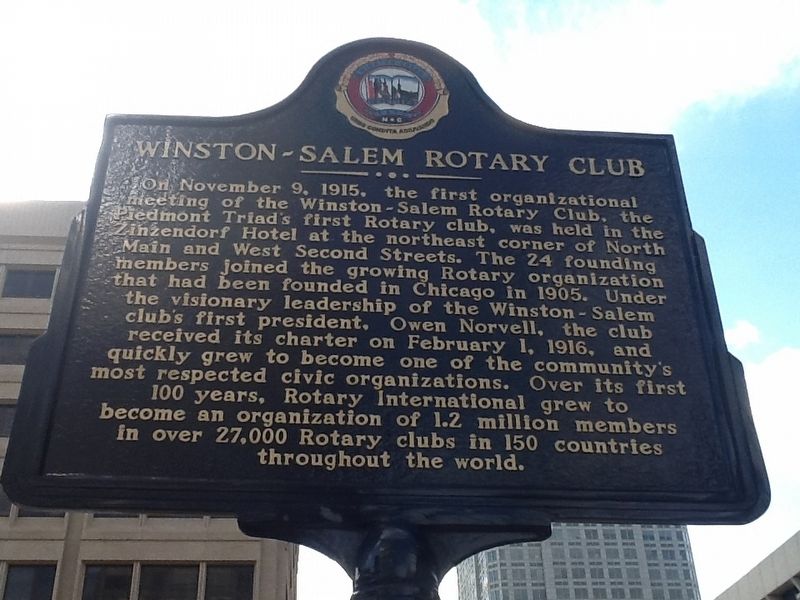 Click or scan to see
this page online
Street north of Second Street, on the right when traveling north. Touch for map. Marker is in this post office area: Winston Salem NC 27101, United States of America. Touch for directions. 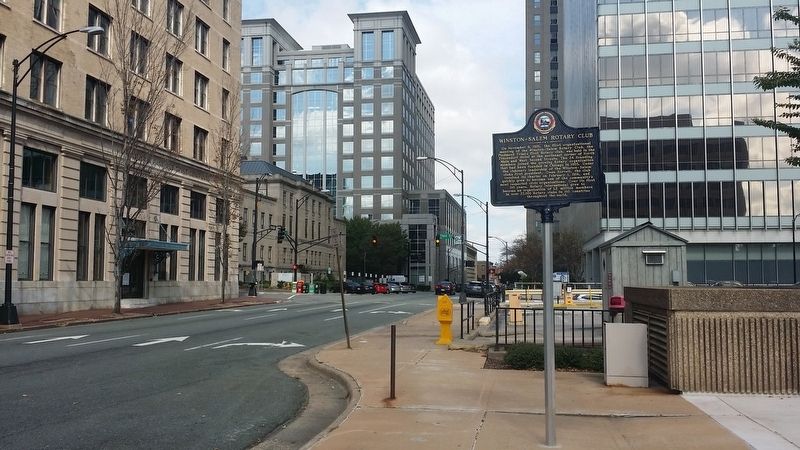 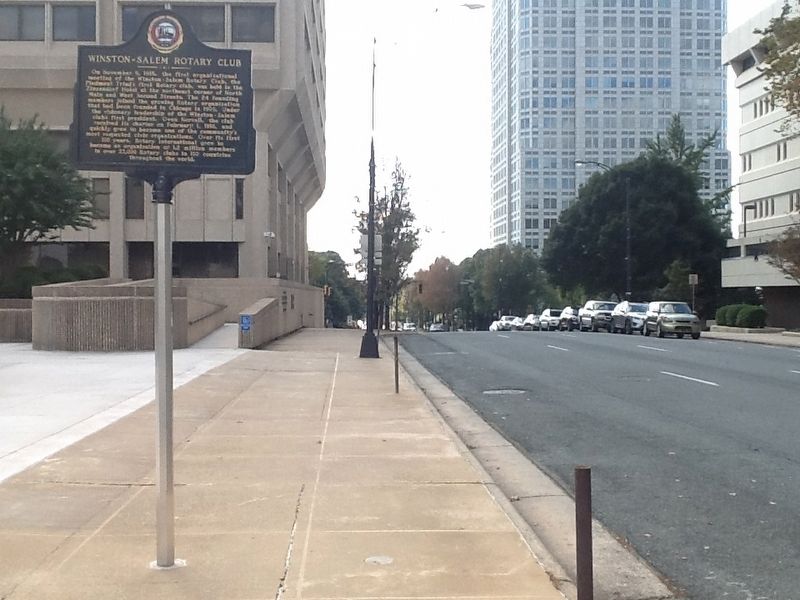