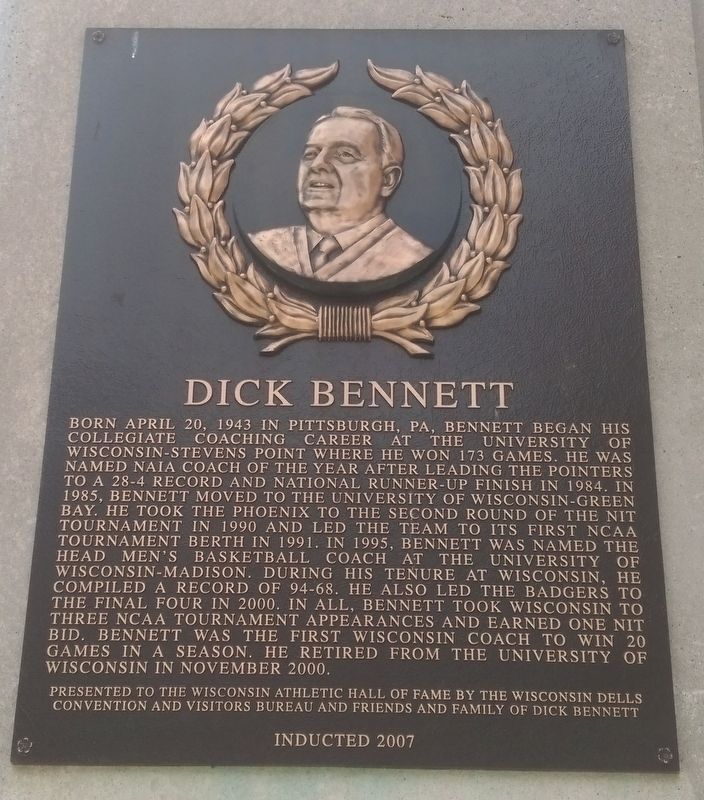 Photographed By Devon Polzar, July 10, 2016
1. Dick Bennett Marker
Inscription.
Dick Bennett. . Born April 20, 1943 in Pittsburgh, PA, Bennett began his collegiate coaching career at the University of Wisconsin-Stevens Point where he won 173 games. He was named NAIA Coach of the Year after leading the Pointers to a 28-4 record and National runner-up finish in 1984. In 1985, Bennett moved to the University of Wisconsin-Green Bay. He took the Phoenix to the second round of the NIT Tournament in 1990 and led the team to its first NCAA Tournament berth in 1991. In 1995, Bennett was named the head men's basketball coach at the University of Wisconsin-Madison. During his tenure at Wisconsin, he compiled a record of 95-68. He also led the Badgers to the final four in 2000. In all, Bennett took Wisconsin to three NCAA Tournament appearances and earned one NIT bid. Bennett was the first Wisconsin coach to win 20 games in a season. He retired from the University of Wisconsin in November 2000. Inducted 2007 . This historical marker was erected in 2007 by Presented to the Wisconsin Athletic Hall of Fame by the Wisconsin Dells Convention and Visitors Bureau and friends and family of Dick Bennett. It is in Milwaukee in Milwaukee County Wisconsin

Erected 2007 by Presented to the Wisconsin Athletic Hall of Fame by the Wisconsin Dells Convention and Visitors Bureau and friends and family of Dick Bennett.

Topics. This historical marker is listed in 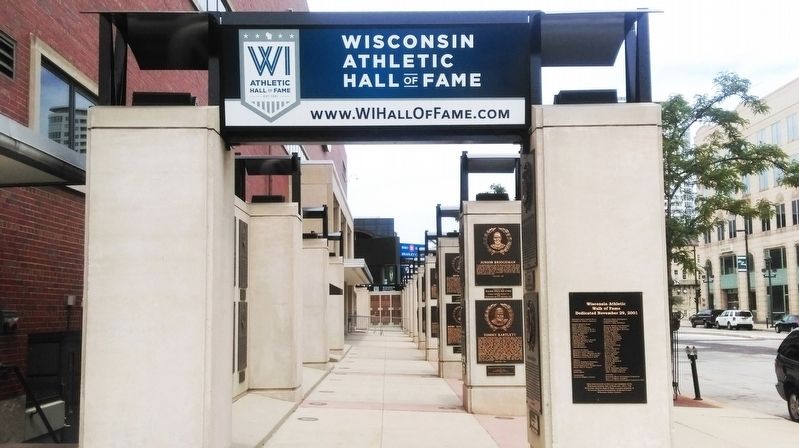 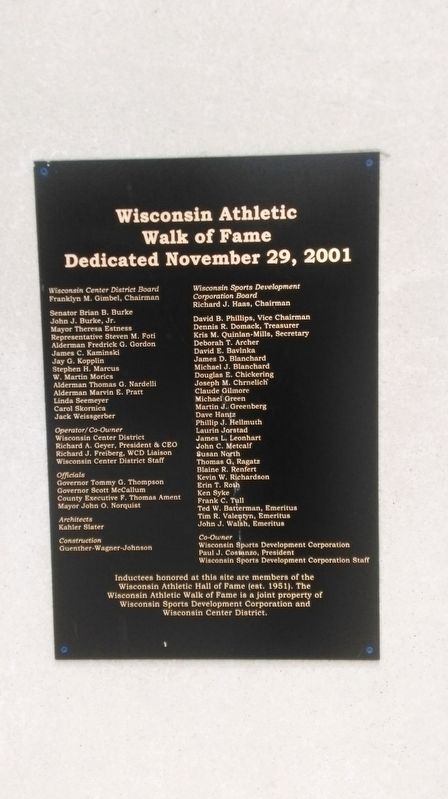 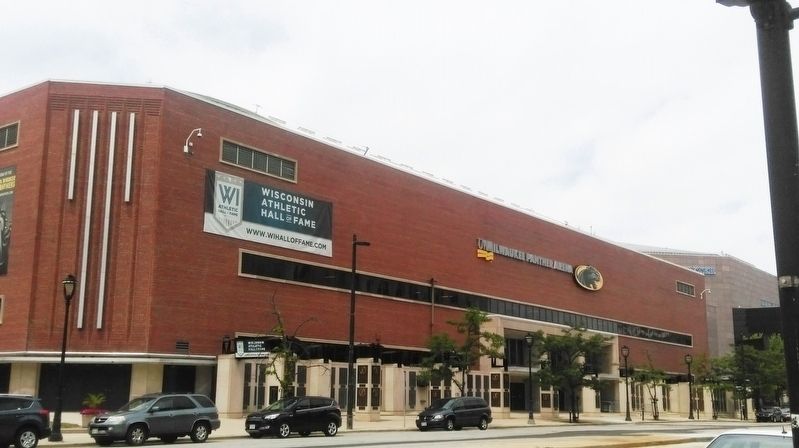