Home of the Jones Diamond 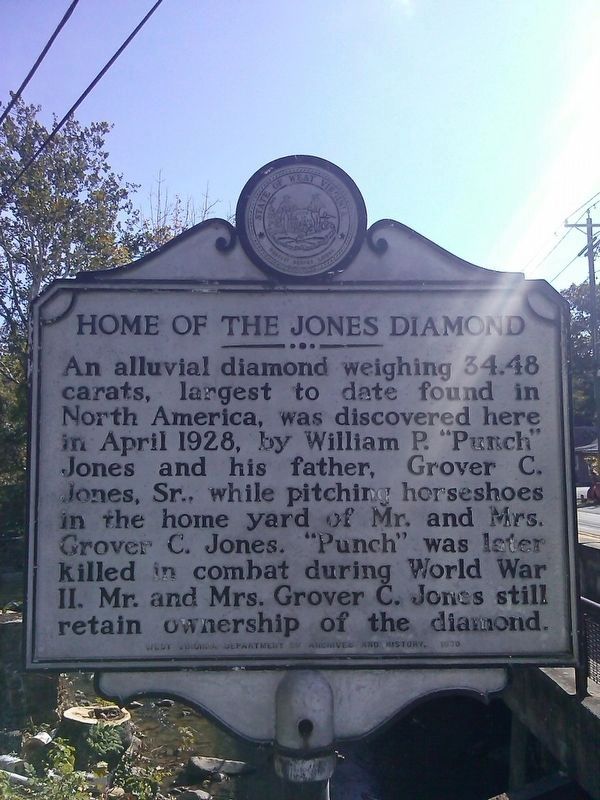 Photographed By Roger Miller, October 14, 2016
1. Home of the Jones Diamond Marker
Inscription.
Home of the Jones Diamond. . An alluvial diamond weighing 34.48 carats, largest to date found in North America, was discovered here in April 1928 by William P."Punch" Jones and his father, Grover C. Jones Sr., while pitching horseshoes in the home yard of Mr. and Mrs. Grover C. Jones. "Punch" was later killed in combat during World War Two. Mr. and Mrs Grover C. Jones still retain ownership of the diamond. . This historical marker was erected in 1970. It is in Peterstown in Monroe County West Virginia

Topics and series. This historical marker is listed in this topic list: Notable Events. In addition, it is included in the West Virginia Archives and History series list. A significant historical month for this entry is April 1928.

Other nearby markers. At least 8 other markers are within 5 miles of this marker, measured as the crow flies. Peterstown (about 500 feet away, measured in a direct line); West Virginia (Monroe County) / Monroe County (approx. 0.2 miles away); Giles County / West Virginia 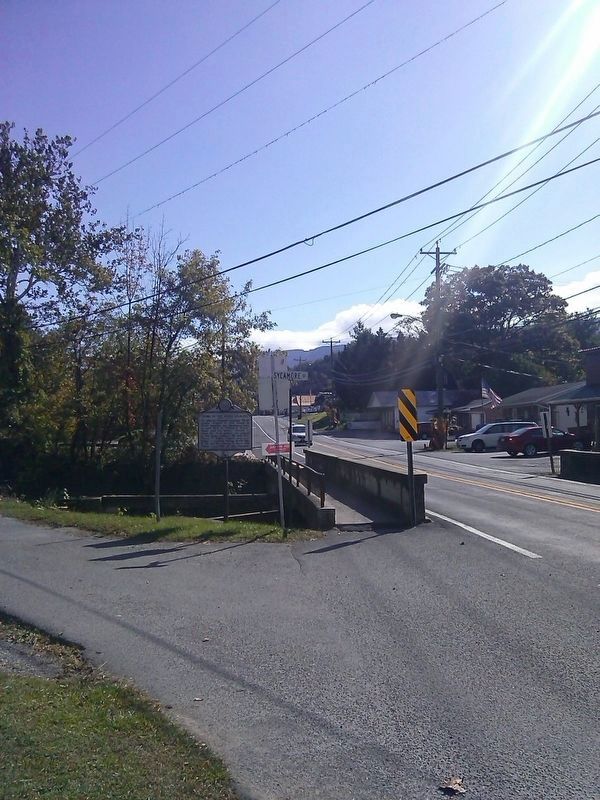 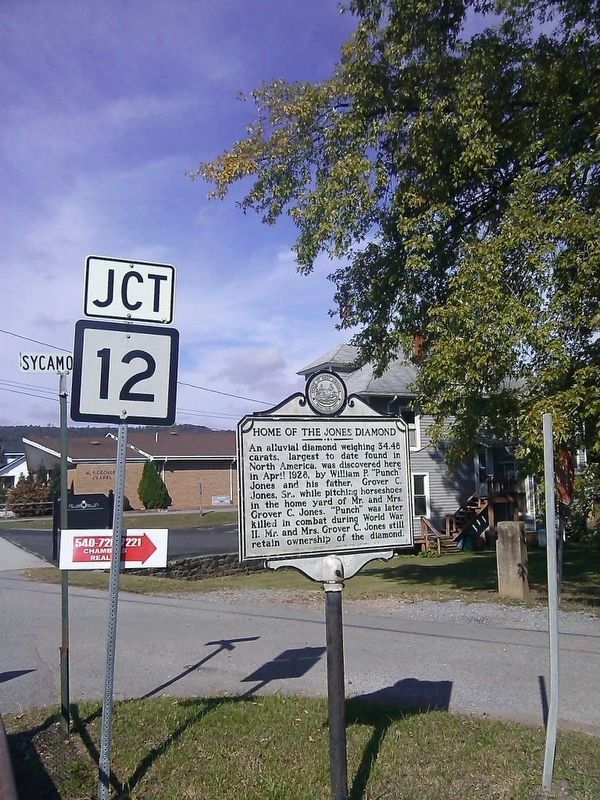 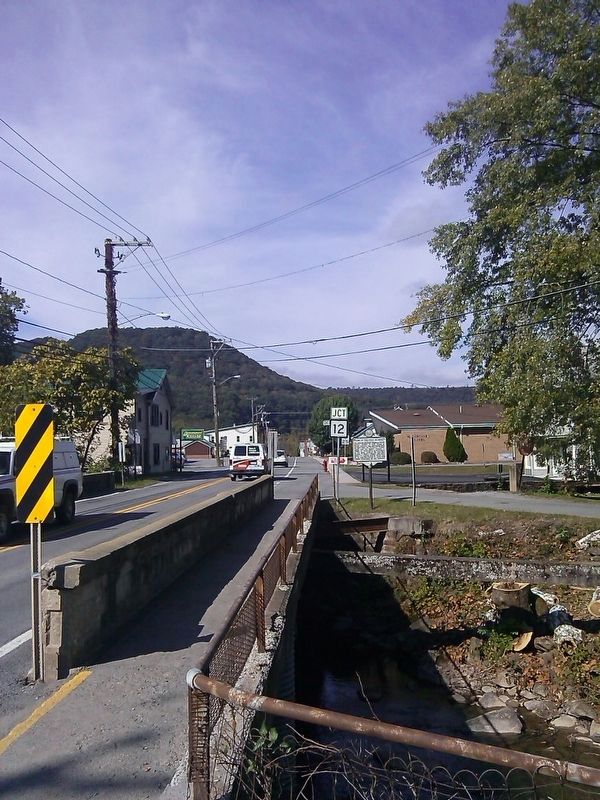