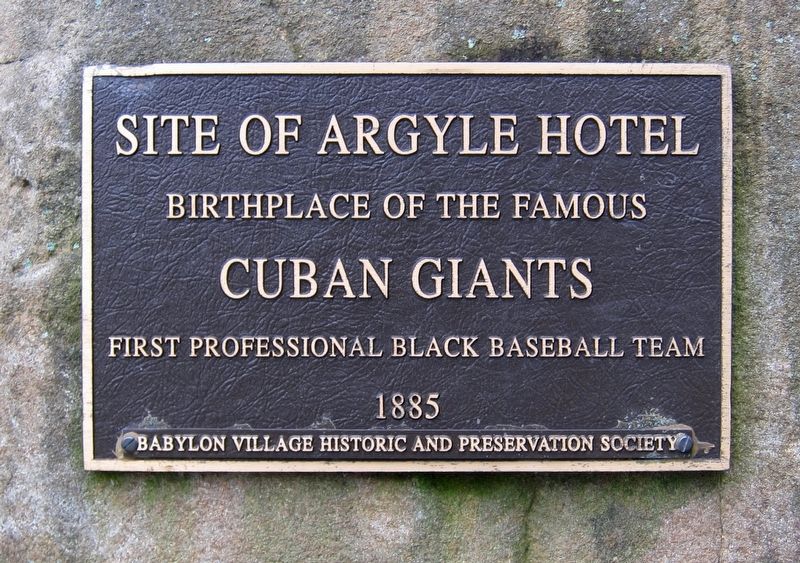 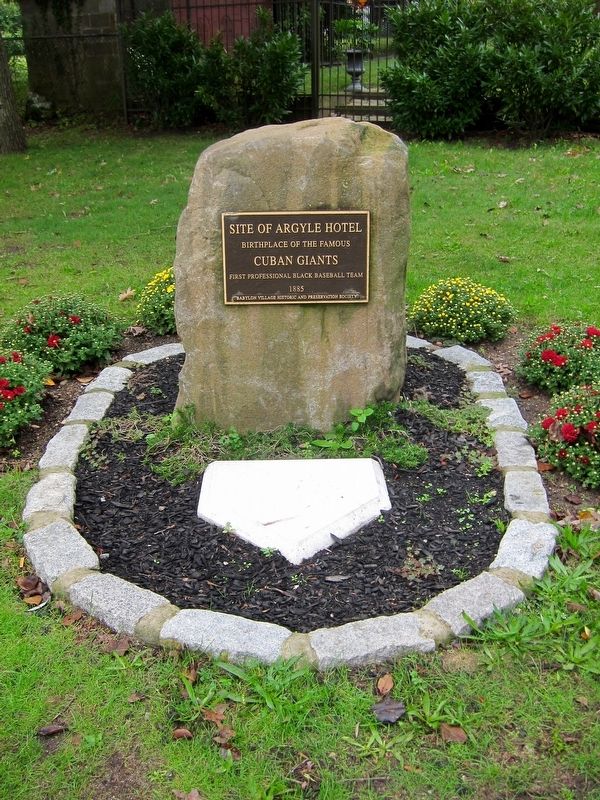 More about this marker. The marker is in the northwest corner of Argyle Park. To find the marker, when facing the park from Trolley Line Road, follow the path along the east side of the lake (i.e. go counter-clockwise to the lake), and it is less than 200 ft. down the path.

Also see . . .
1. Cuban Giants (Wikipedia.org). The Cuban Giants were the first African-American professional baseball club....The team was originally formed in 1885 at the Argyle Hotel, a summer resort in Babylon, New York. The team was so skilled in the game, and achieved victory over so many of the nearby amateur "white" teams that they attracted the attention of a promoter, Walter Cook. To appeal to a broader audience, Cook styled them the "Cuban Giants", although there were rarely (if ever) any Cubans on the Cuban Giants. The team remained one of the premier Negro league teams for nearly 20 years....The team went on to become the "world colored champions" of 1887 and 1888, and spawned imitators. (Submitted on October 18, 2016.)

2. Root of black pro baseball celebrated in Babylon (Newsday, April 17, 2010). Walking back the story of black baseball to its precise origin is no easy chore after more than a century of mostly oral history and sometimes conflicting bits of written record. But Sunday, Babylon Village officials will mark the approximate spot where members of 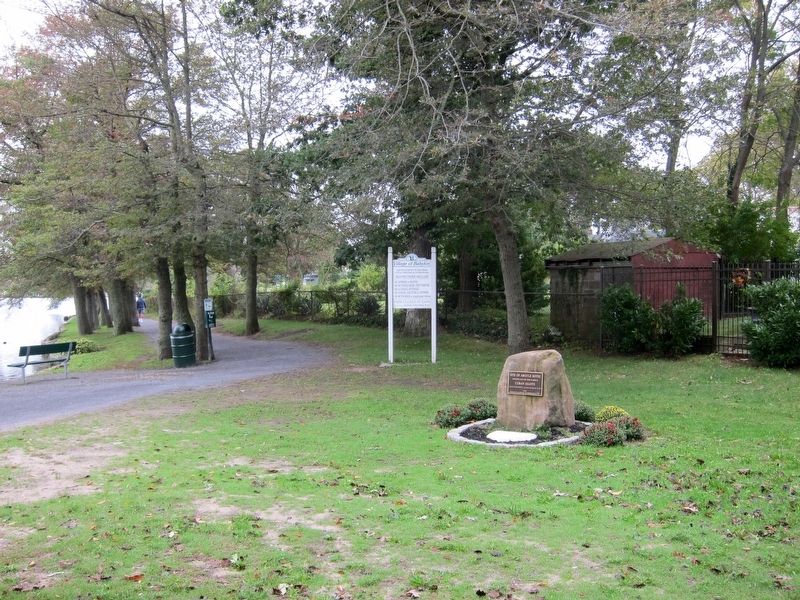