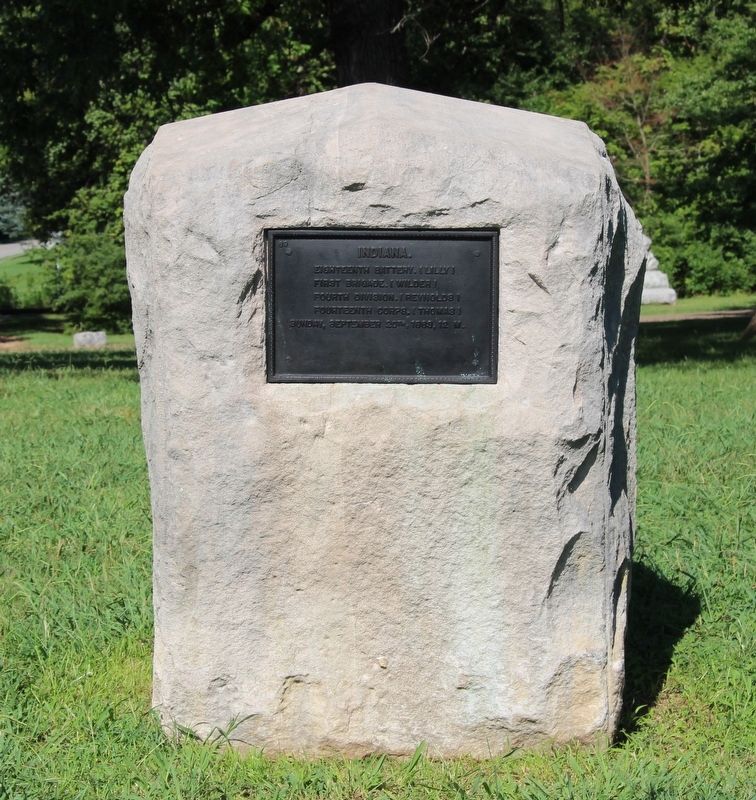 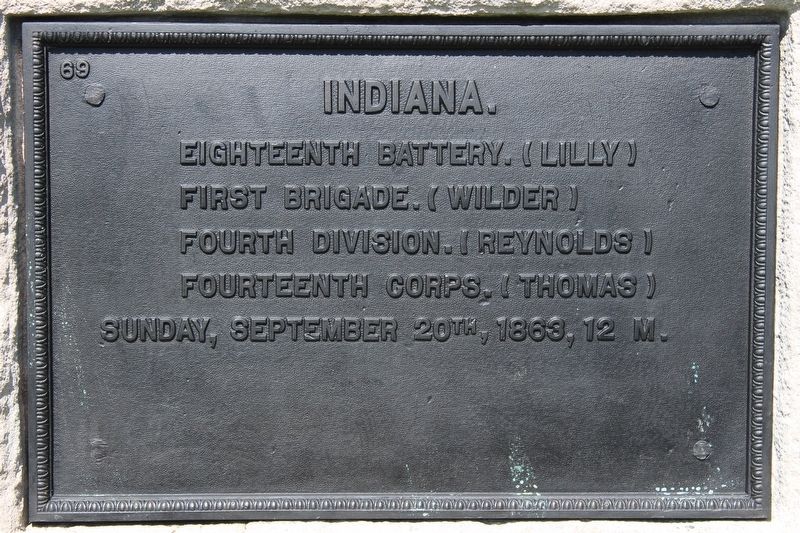 More about this marker. According to the description information provided by the National Park Service, the marker is, “This standard Indiana marker consists of a 4' x 4' x 4'8" high rock-faced oolitic stone block with a peaked top and a 12" x 18" bronze plaque affixed to its front. Marks battery's position near Widow Glenn house site."

I used the "Chickamauga Battlefield" map, that I purchased at the Chickamauga and Chattanooga National Military Park, Visitor Center, to determine both the marker number for this marker and the marker's location in relation to the rest of the park's monuments, markers, and tablets. According to the map it provides the, "numerical listing of all monuments, markers, and tablets on the Chickamauga Battlefield (using the Chick-Chatt NMP Monument Numbering System).” 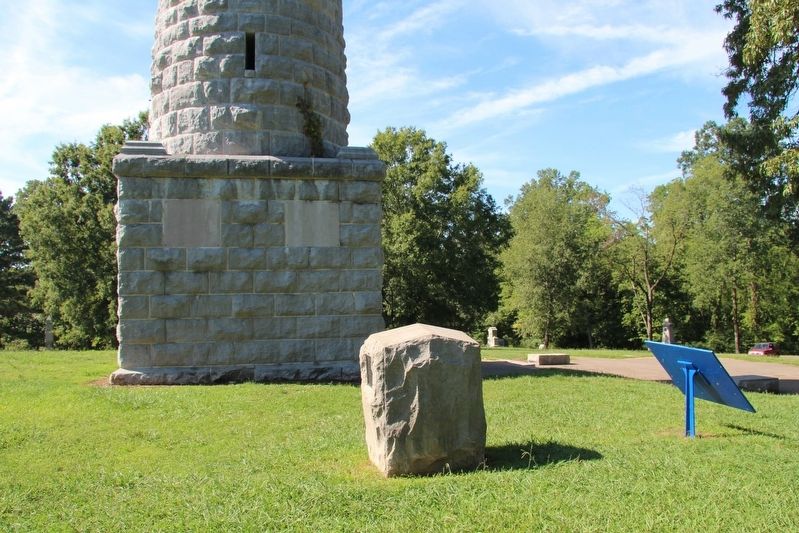 Photographed By Dale K. Benington, August 22, 2016
3. 18th Indiana Battery Marker
View of the marker, looking south, with the base of the Wilder Tower in the background. 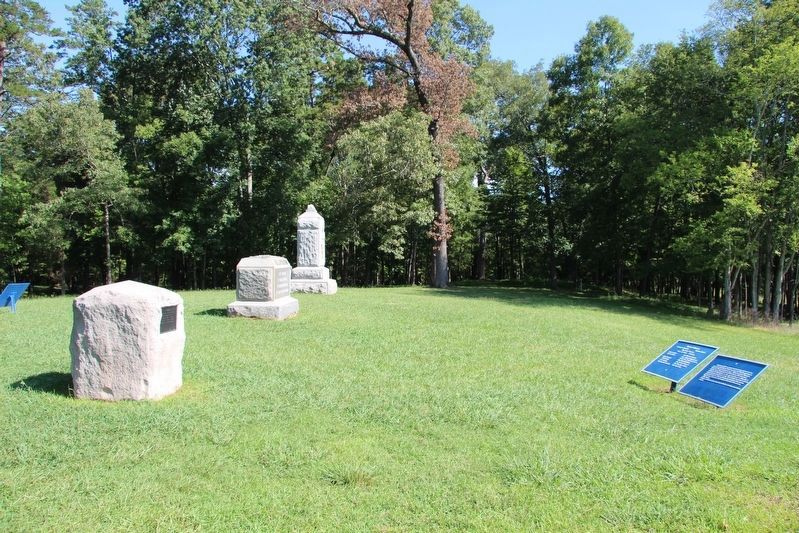 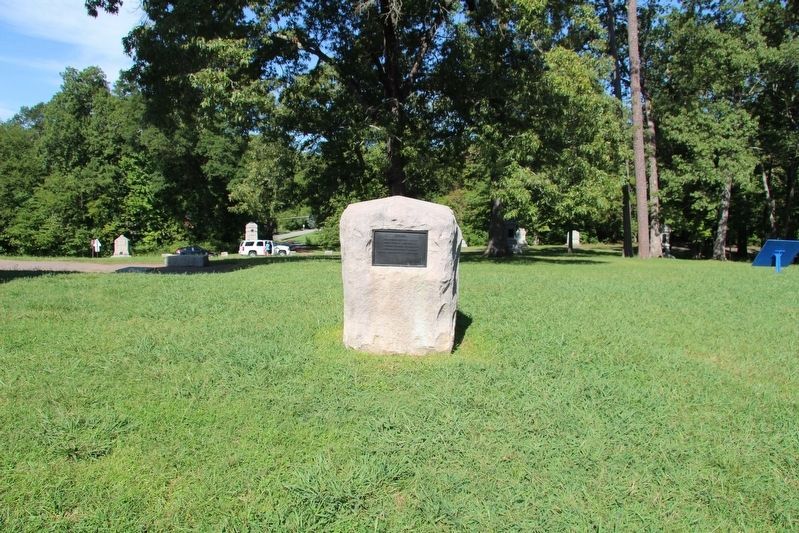