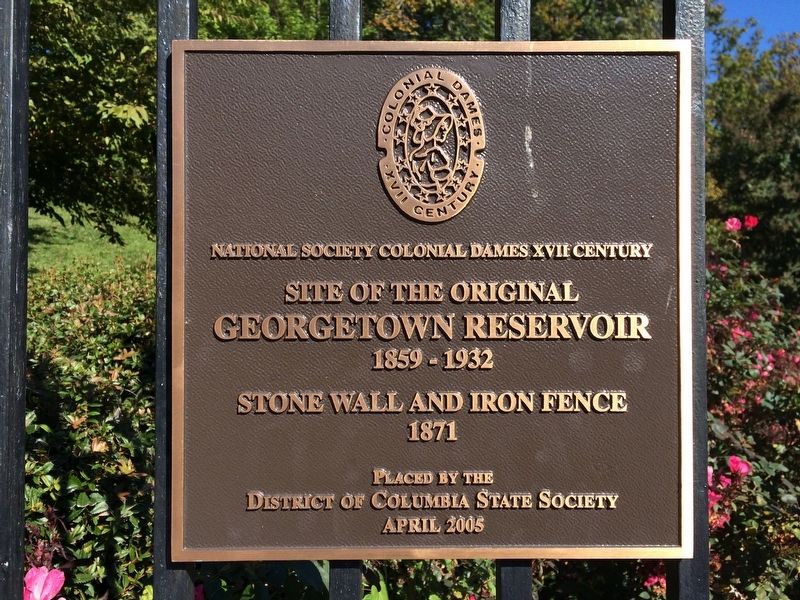 Site of the original
Georgetown Reservoir
1859-1932

Topics and series. This historical marker is listed in these topic lists: Charity & Public Work • Waterways & Vessels. In addition, it is included in the The Colonial Dames XVII Century, National Society series list. A significant historical year for this entry is 1871. 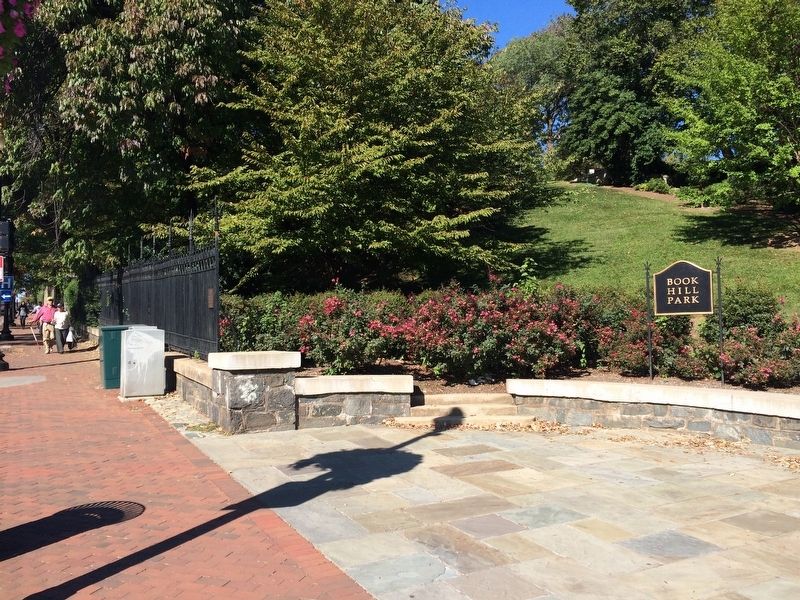 Photographed By J. Makali Bruton, October 15, 2016
2. The Original Georgetown Reservoir Marker
The marker is to the left along the recently restored original 1871 fence and wall. This is near the entrance to Book Hill Park. 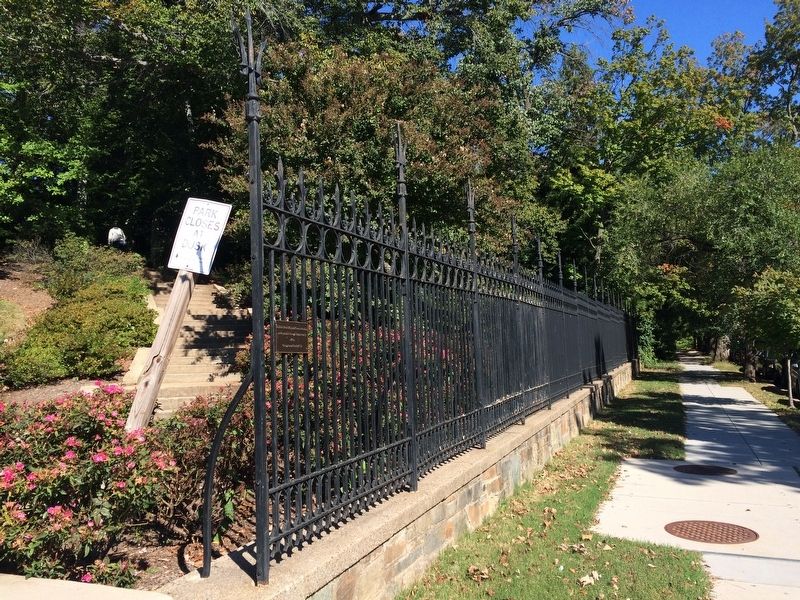 Photographed By J. Makali Bruton, October 15, 2016
3. The 1871 fence and stone wall
The small marker on this, the right side of the entrance to Book Hill park, notes that additional funding for park improvements came from the Georgetown Garden Club. 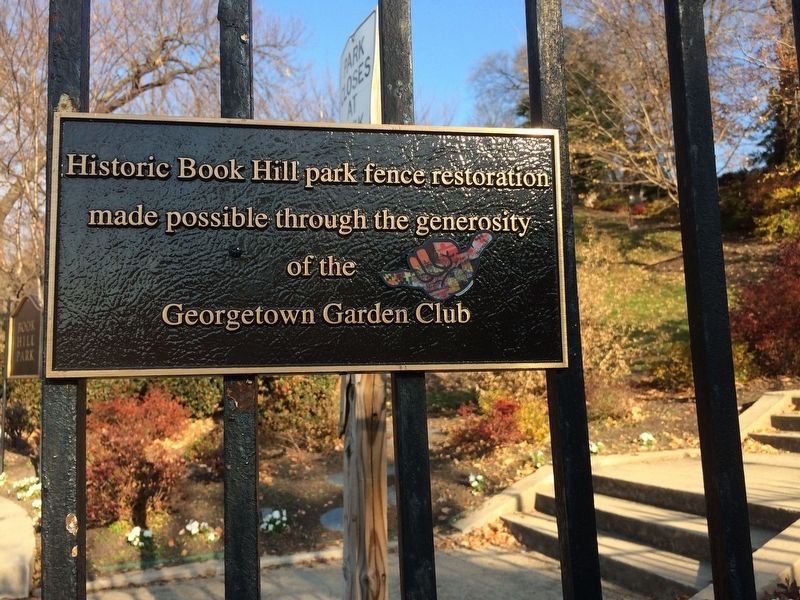