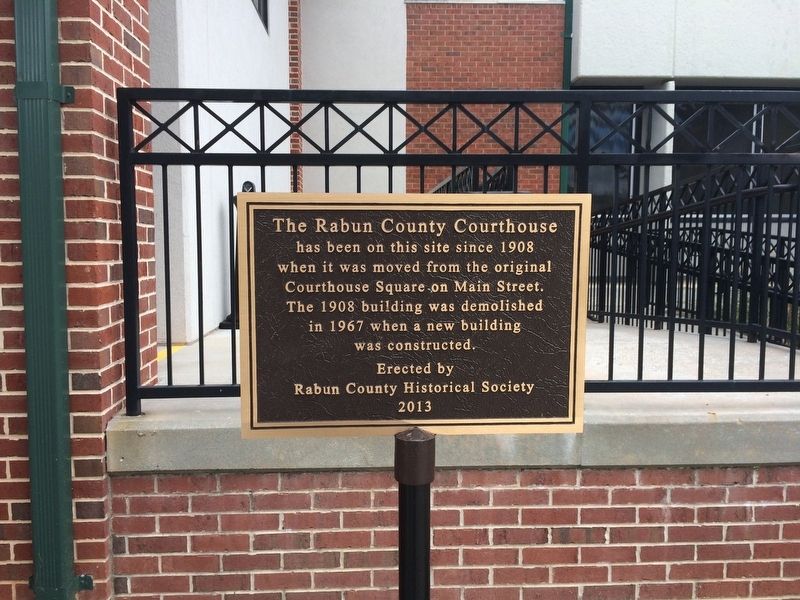 The Rabun County Courthouse has been on this site since 1908 when it was moved from the original Courthouse Square on Main Street. The 1908 building was demolished in 1967 when a new building was constructed.

Topics. This historical marker is listed in this topic list: Notable Buildings. A significant historical year for this entry is 1908.

Location. 34° 52.74′ N, 83° 24.176′ W. Marker is in Clayton, Georgia, in Rabun County. Marker can be reached from the intersection of Courthouse Square and West Savannah Street (U.S. 76). Touch for map. Marker is at or near this postal address: 25 Courthouse Square, Clayton GA 30525, United States of America. Touch for directions. 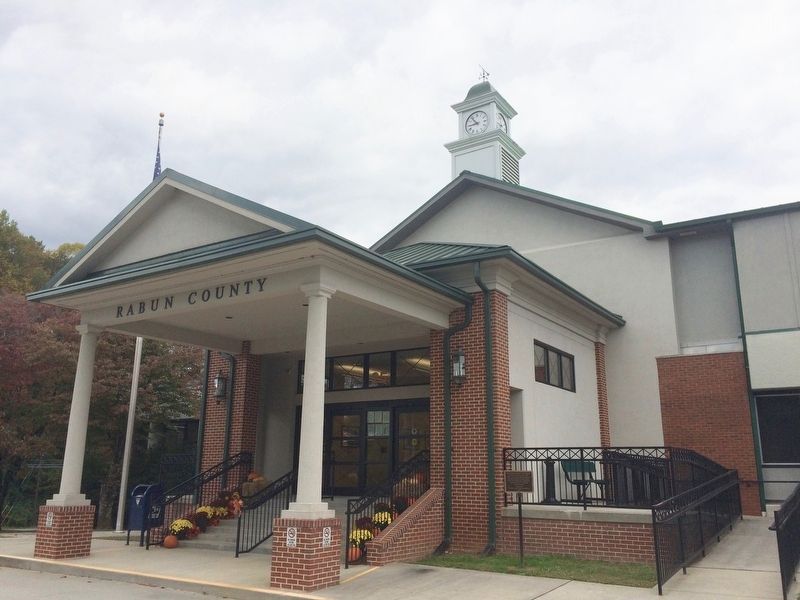 Click or scan to see
this page online
(about 700 feet away, measured in a direct line); William Bartram Trail (approx. 2.9 miles away); York House Inn (approx. 4.2 miles away); Memorial Lands and Cottages (approx. 5.2 miles away). Touch for a list and map of all markers in Clayton. 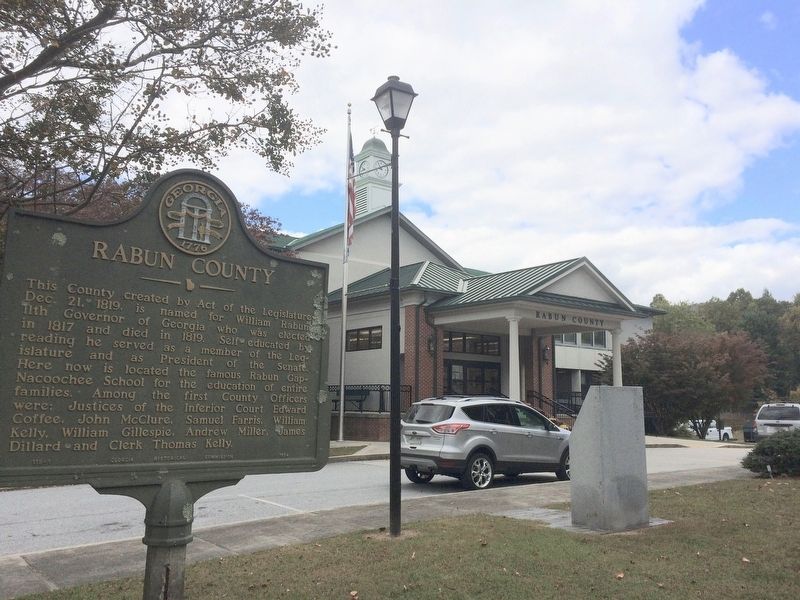