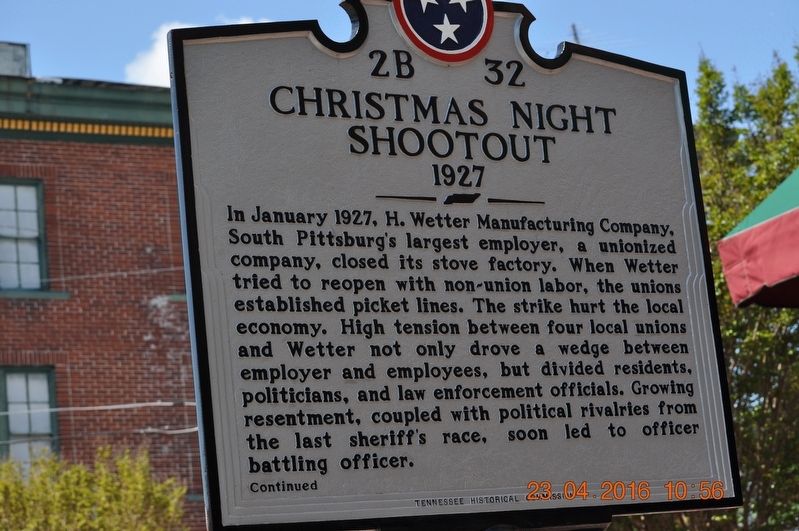 Side A
In January 1927, H. Wetter Manufacturing Company, South Pittsburg's largest employer, a unionized company, closed its stove factory. When Wetter tried to reopen with non~union labor, the unions established picket lines. The strike hurt the local economy. High tension between four local unions and Wetter not only drove a wedge between employer and employees, but divided residents, politicians, and law enforcement officials. Growing resentment, coupled with political rivalries from the last sheriff's race, soon led to officer battling officer. 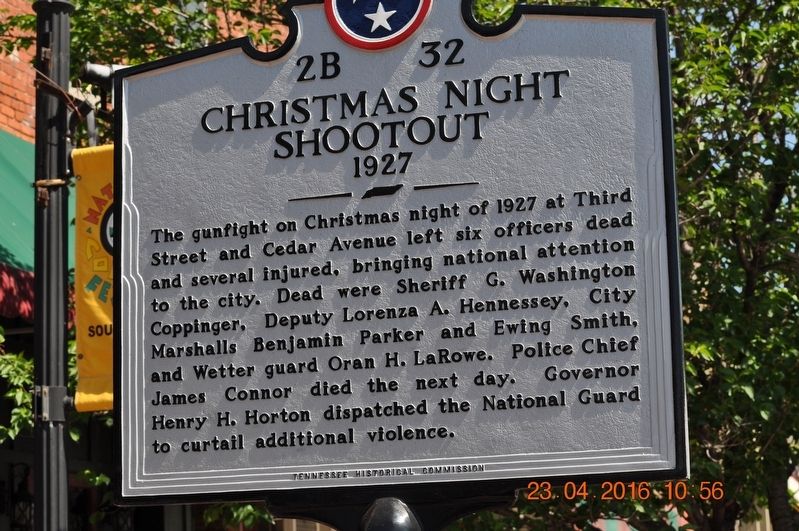 Also see . . .  South Pittsburg History in Pictures Industry. Pictured above is the H. Wetter Manufacturing Company plant at South PIttsburg as it appeared around 1908. This mill orignally started in 1887 as Perry Stove Works and ended in the 1990s as U.S. Stove. The building running parallel to the street (Cedar Avenue) and directly back from that was razed in 2003. (Submitted on October 21, 2016, by Sandra Hughes of Killen, Alabama, USA.)