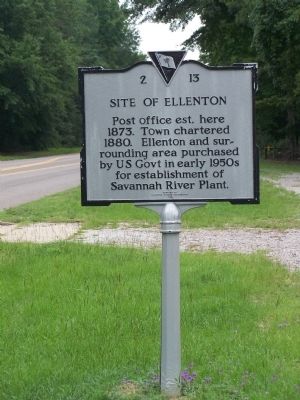 Photographed By Mike Stroud, July 2008
1. Site of Ellenton Marker
Inscription.
Site of Ellenton. . , Post office est. here 1873. Town chartered 1880. Ellenton and surrounding area purchased by US Govt in early 1950s for establishment of Savannah River Plant. . This historical marker was erected in 1993 by Ellenton Reunion Organization. It is Near Jackson in Aiken County South Carolina

Topics. This historical marker is listed in these topic lists: Notable Places • Settlements & Settlers. A significant historical year for this entry is 1873. 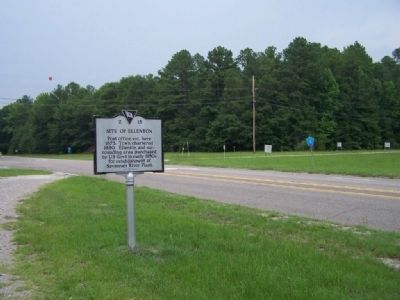 Related marker. Click here for another marker that is related to this marker. To better understand the relationship, study marker shown.

Also see . . .
1. Wikipedia entry on the Savannah River Site. Built during the 1950s to refine nuclear materials for deployment in nuclear weapons. (Submitted on August 3, 2008, by Mike Stroud of Bluffton, South Carolina.)

2. I Don't Live Here Anymore: The Ellenton Story. A sign on the highway spoke for the residents..."It is hard to understand why our town must be destroyed to make a bomb that will destroy someone else's town that they love as much as we love ours. But we feel that they picked not just the best spot in the US, but in the world." (Submitted on March 16, 2009, by Brian Scott of Anderson, South Carolina.)

3. Ellenton, South Carolina. Ellenton was a town that was located on the border 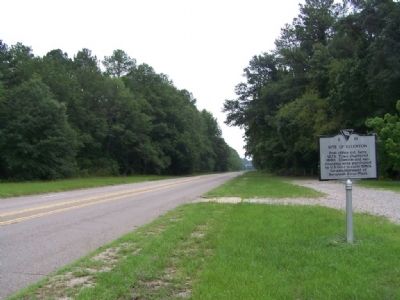 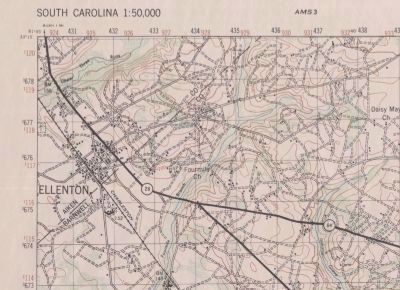 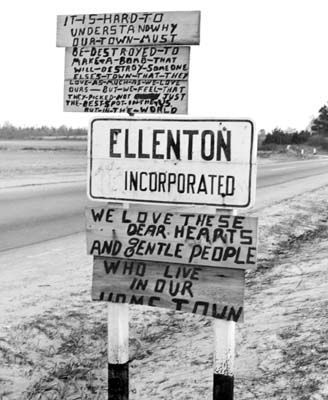